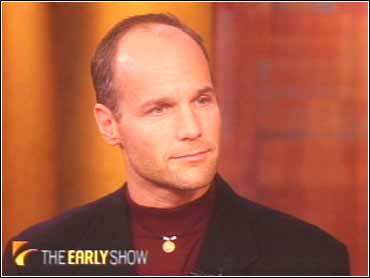 A leading animal rights group wants to see unedited television footage of the slaying of a wild pig on the hit reality show "Survivor" to decide whether the killing constituted a crime.

The Australian branch of the Royal Society for the Prevention of Cruelty to Animals (RSPCA) said Tuesday it is seeking access to footage of the killing, which angered people when an edited version aired around the world earlier this year.

The scene, which appeared in an episode of the CBS's "Survivor: The Australian Outback," features contestant Michael Skupin chasing down the pig before stabbing it to death and daubing his face with its blood.

The show was filmed last year in a remote area of northeastern Australia.

"Once we've obtained it, we will view it and with our solicitors (lawyers) determine whether or not an actual offense has been committed," RSPCA chief inspector Byron Hall said.

"If we believe there's been an offense committed, then it's likely the offender will be charged," he said, without giving details of what penalties could be involved.

Hall admitted it could be difficult to extradite someone from the United States to face animal cruelty charges.

"At the moment, the only thing left to do is basically have a look at the footage which will tell us one way or the other what exactly is going on," he said.