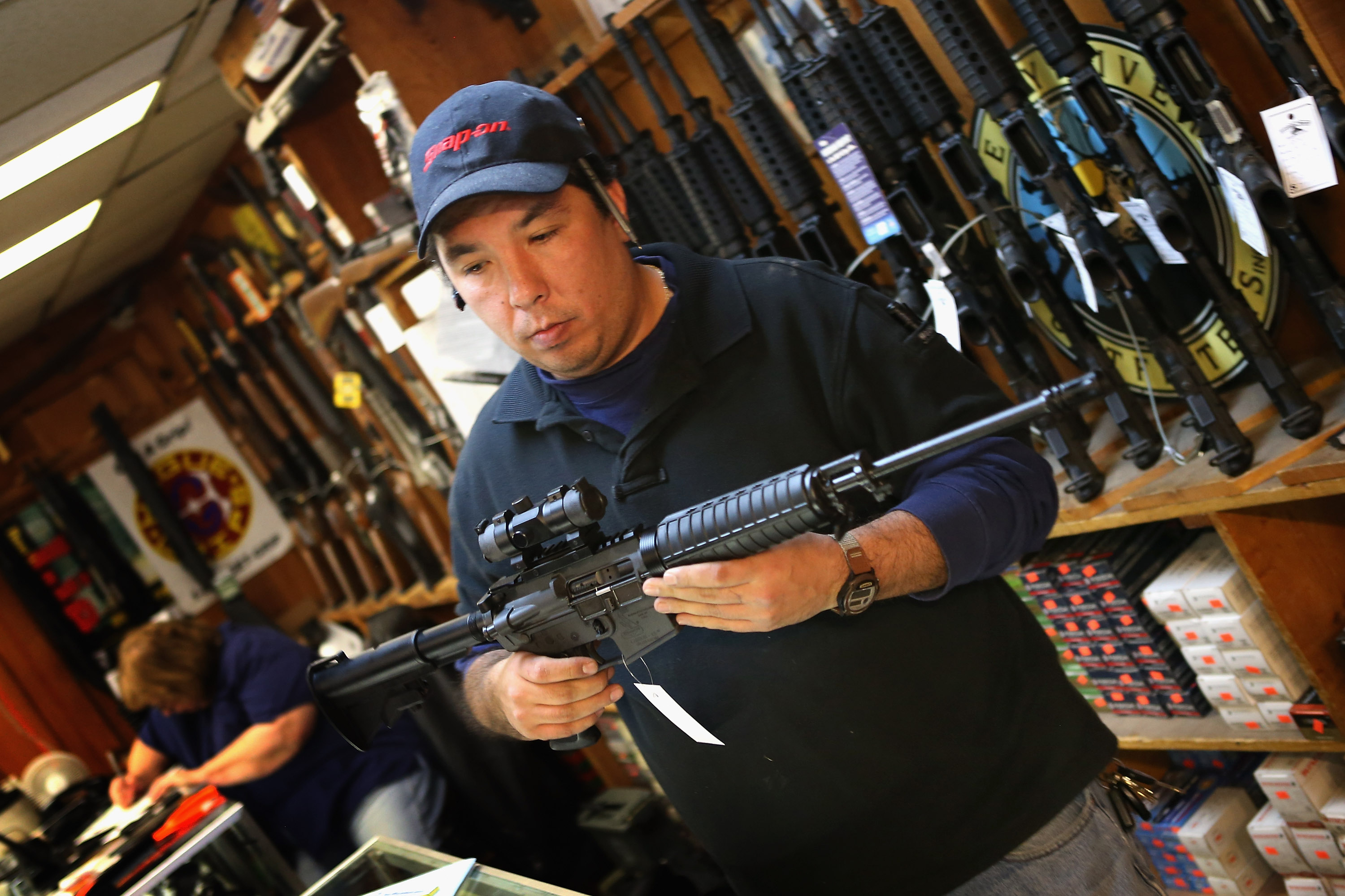 (CBS News) Much of the recent gun control debate focuses on the AR-15, the most popular rifle in America -- and the same model of rifle that the shooter in the Newtown, Conn., massacre used on Friday to gun down 26 people, including 20 children age 6 and 7.

Gun control advocates can't imagine why any law-abiding citizen would want or need a powerful, military-style gun like the AR-15. But among gun enthusiasts the followers number in the millions.

More than three million Americans own an AR-15. Gun store owners say buyers like it because it's the civilian version of the fearsome M-16 used by the U.S. military. And its futuristic appearance has it playing a starring role in American pop culture, appearing as the gun of choice in movies and video games.

Gun store owner Michael Timlin said, "You just see it and you want it. It's just the same reason why someone stays on line for 25 hours to buy an Apple iPhone."

But it's a weapon that's been used in some of the worst mass shootings in recent history.

Adam Lanza used an AR-15 last Friday at Sandy Hook Elementary School. Last week, a man used one to kill two people at a shopping mall in Portland, Ore. And in July, an AR-15 was used in the movie theater massacre in Aurora, Colo., in which 12 people were killed and 58 injured.

Through it all, the gun's popularity has continued to soar. In fact, gun store owner Rick Friedman says since last Friday's shooting, AR-15s have been all but flying off the shelves.

"I normally sell about 15 to 20 a month," he said. "I've sold about 30 in the last three days. Because people want to make sure they can own them legally before they get the right taken away."

And it's not just men -- many women like the AR-15, too, including former Republican presidential candidate Michele Bachmann, who uses hers for hunting and target practice. She has said, "My favorite gun is an AR-15 because you can be so accurate with it."

The AR-15 also has an enthusiastic following on YouTube. One woman in a YouTube video said of her weapon, "This is Sprinkles. I named her Sprinkles because she loves sprinkling casings all over the ground."

For years, gun control advocates have argued that the AR-15 and other military-style rifles should be banned. President Barack Obama, who had been largely silent on the topic of gun control, briefly made his views known during one of this year's presidential debates. He said, "I also share your belief that weapons that were designed for soldiers in war theaters don't belong on our streets."

Many Democrats in Congress are planning an effort to try to ban military-style rifles. But gun store owners tell CBS News that no one should underestimate how passionately gun owners feel about their AR-15s. They say next week there will be thousands upon thousands under the Christmas tree.

For Chip Reid's full report, watch the video in the player above.

CBS News senior correspondent John Miller, a former FBI deputy director, said on "CBS This Morning," the gun's allure is that it is a "practical, well-made weapon." He added, "(It's) five pounds, it has a great sighting system, you can improve on that with optics and lasers. But even without any of the fancy stuff, down range from a target pretty far away -- something you'd have trouble hitting accurately with a handgun -- you can put the round right there. It's an easy gun to shoot."

Watch John Miller's full discussion of the AR-15 in the video below.

"There's one other element, which is a lot of these mass shooters are involved in a fantasy," Miller said. "They dress up in the tactical gear, and they have the black outfits and all that stuff. This gun fits in with the fantasy. In all their video games and movies, this is what the hero is using."