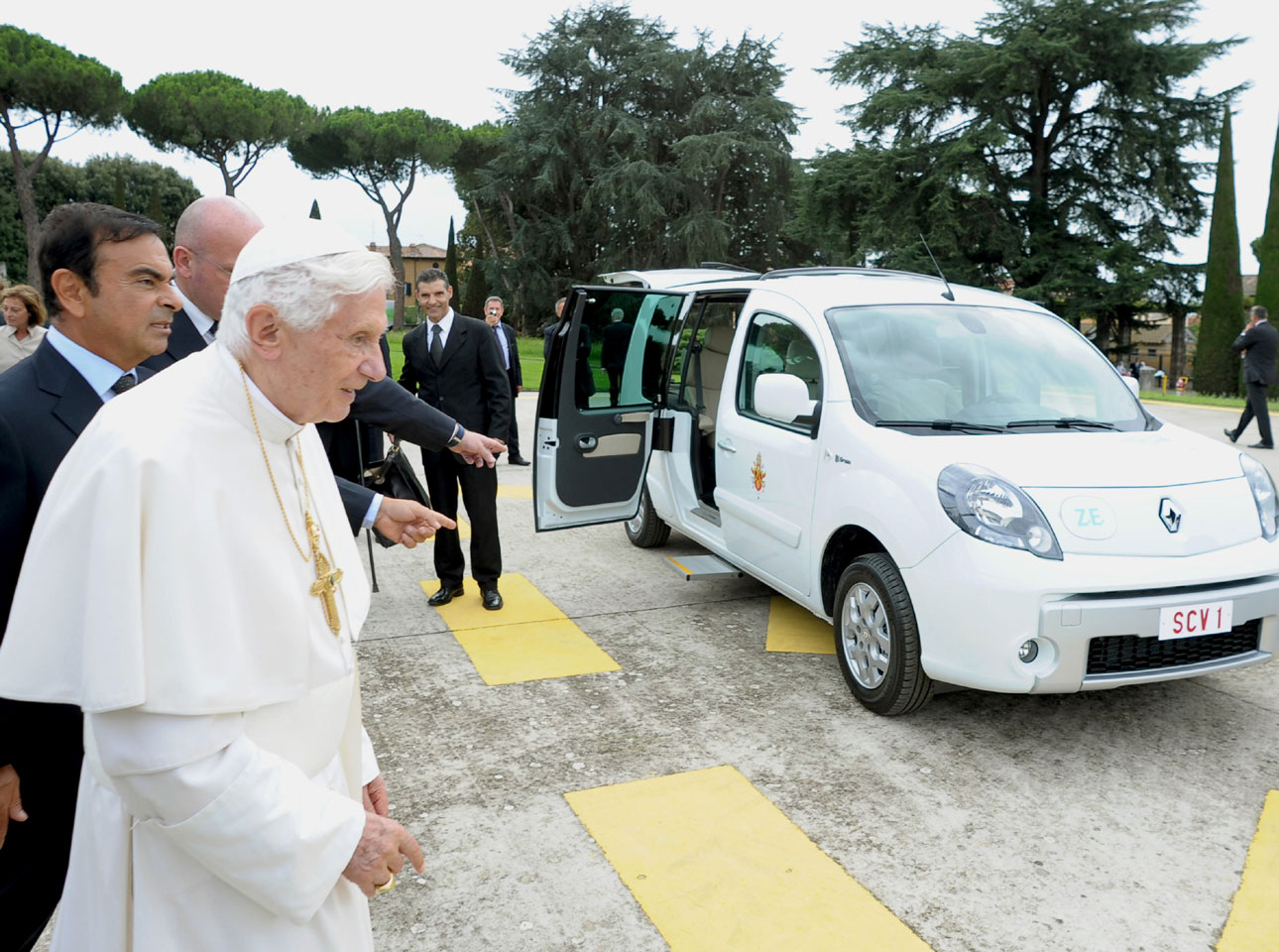 The 85-year-old pontiff was presented with his first electric car Wednesday, a customized white Renault Kangoo for jaunts around the gardens of the papal summer residence at Castel Gandolfo.

Benedict has been dubbed the "green pope" for his environmental concerns, which have been a hallmark of his papacy. He has written of the need to protect God's creation in his encyclicals, and raised the issue on his foreign trips and in his annual peace messages.

Under his watch, the Vatican has installed photovoltaic cells on its main auditorium and joined a reforestation project to offset its carbon dioxide emissions.

But now the pope has his own ozone-preserving electric car, which he used on Wednesday to travel from the helipad at Castel Gandolfo through the gardens back to his palazzo. He was returning to his retreat in the Alban Hills south of Rome after presiding over his weekly general audience in the Vatican.

Earlier this year, Italian automaker NWG donated an electric car to the Vatican, but it was for the press office to use. Renault on Wednesday also turned over the keys to a blue version of the Kangoo for the Vatican gendarmes to tool around Vatican City.

Though Benedict's Renault is white and carries the papal seal on its doors, it isn't a popemobile. Mercedes-Benz, which makes the customized popemobile with bullet-proof windows for the pope to use on trips outside the Vatican, has been studying a hybrid, energy-saving model.

The Rev. Federico Lombardi, the Vatican spokesman, said the pope's Kangoo isn't customized with such security features since it's designed for use inside Vatican territory at Castel Gandolfo.