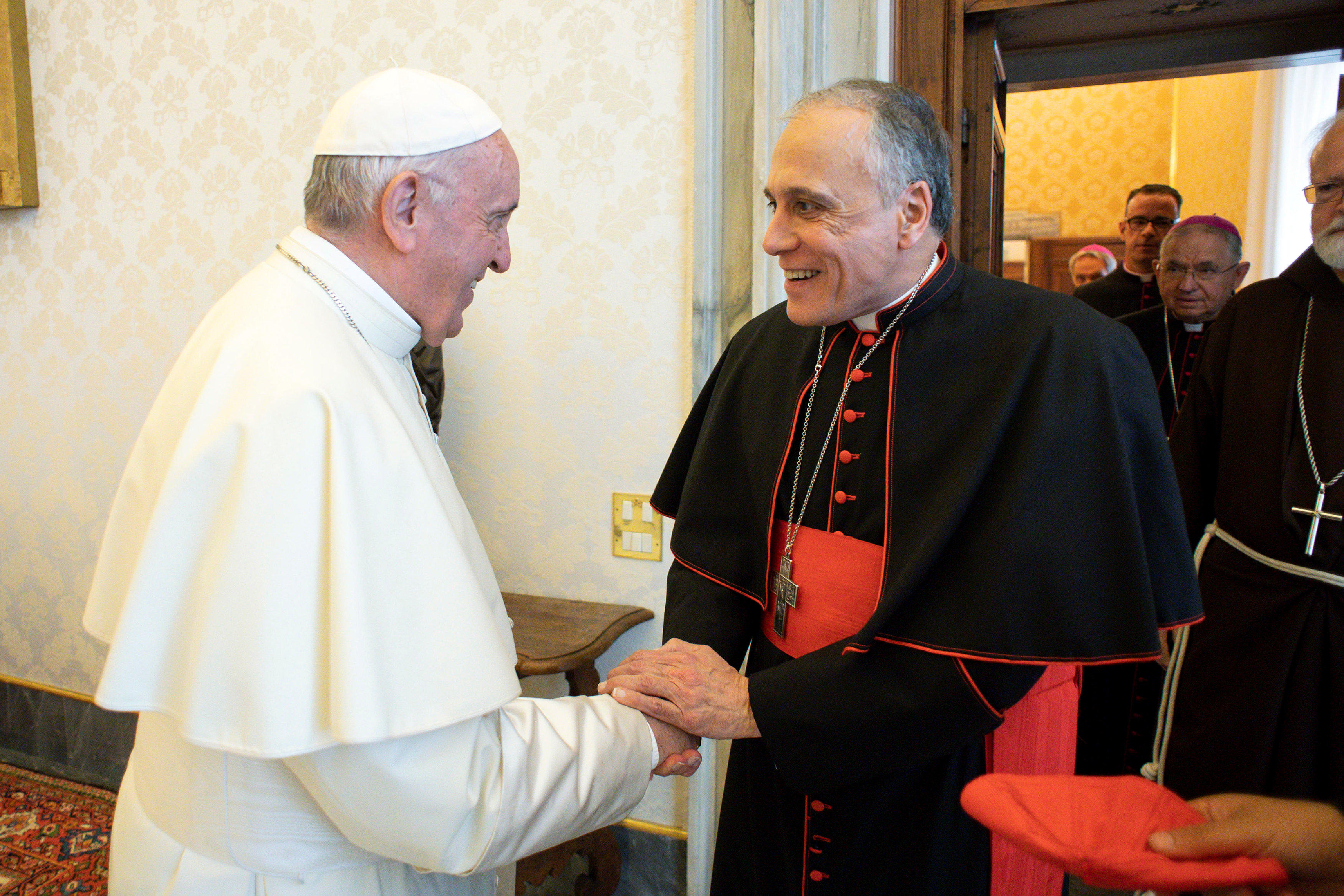 VATICAN CITY -- Pope Francis on Thursday accepted the resignation of a West Virginia bishop, Michael Bransfield, and at the same time authorized a fellow bishop to investigate allegations that Bransfield sexually harassed adults, Vatican officials said. The development, announced just as a highly anticipated meeting between Francis and U.S. cardinals and bishops was getting under way, lent a dramatic twist to the emergency gathering, called to address another scandal involving an ex-U.S. cardinal.

Bransfield had been implicated in 2012 in an infamous Philadelphia priestly sex abuse case, but he denied ever abusing anyone and claimed vindication years ago. He continued with his ministry until he offered to retire, as required, when he turned 75 last week.

The Vatican said Francis accepted his resignation Thursday, announcing the decision at the exact moment that the U.S. delegation was arriving at the Apostolic Palace for the meeting with the pope.

Francis appointed Baltimore Bishop William Lori to take over Bransfield's Wheeling-Charleston diocese temporarily. Lori said in a statement that Francis had also instructed him to "conduct an investigation into allegations of sexual harassment of adults against Bishop Bransfield."

Lori set up a hotline for potential victims to call, and vowed to conduct a thorough investigation into what he said were "troubling" claims against Bransfield.

The revelation was the latest development in an incredible turn of events in the U.S. that began with the June 20 announcement that one of the most prestigious U.S. cardinals, Theodore McCarrick, had been accused of groping a teen-age altar boy in the 1970s.

Francis removed McCarrick as a cardinal in July after a U.S. church investigation found the allegation credible. After news broke of the investigation, several former seminarians and priests came forward to report that they too had been abused or harassed by McCarrick as adults.

The McCarrick affair - coupled with revelations in the Pennsylvania grand jury report detailing decades of abuse and cover-up in six dioceses - has fueled outrage among the rank-and-file faithful who had trusted church leaders to reform themselves after the abuse scandal first erupted in Boston in 2002.

The outrage has also been directed at Francis and the Vatican and has fueled conservative criticism of Francis' pontificate.

The head of the U.S. Conference of Catholic Bishops, Houston Cardinal Daniel DiNardo, had requested the papal audience last month following revelations that McCarrick had risen through church ranks even though the allegations of sexual misconduct were known in U.S. and Vatican circles. DiNardo is asking for outsiders to play a role in church investigations and for there to be new channels established to report abuse, reports CBS News correspondent Seth Doane.

DiNardo requested a full-fledged Vatican investigation into the McCarrick affair, and said he also wanted answers to allegations that a string of Vatican officials knew of McCarrick's misdeeds since 2000, but turned a blind eye.

The Vatican hasn't responded to allegations by its former ambassador to the U.S., Archbishop Carlo Maria Vigano, that Francis effectively rehabilitated McCarrick from sanctions imposed by Pope Benedict XVI over allegations McCarrick would routinely invite seminarians to his beach house and into his bed.

Francis has, however, responded to the overall scandal with a series of initiatives aimed at trying to convince the faithful that he "gets it" and is prepared to take measures to put an end to what he has called the "culture of cover-up" in the church.

On the eve of the U.S. audience, Francis announced he was summoning the presidents of bishops conferences around the world to a February summit to discuss prevention measures and protection of minors and vulnerable adults.

The surprise announcement was largely dismissed as a belated damage control effort by victims' advocates. Church historians questioned why such an urgent problem was being scheduled for discussion six months from now with the very bishops who are blamed for much of the scandal.

"Where are the laity and others who might provide both new and uncomplicit voices and insights into the process?" asked Margaret Susan Thompson, associate professor of history at Syracuse University.

Even DiNardo's own record on protecting children has now come into question. On the eve of his audience with Francis, The Associated Press reported that two victims in Houston had accused him of not doing enough to stop a priest who was arrested this week on sexual abuse charges.

The archdiocese issued a statement Wednesday confirming that both people had come forward to report abuse by the priest, the Rev. Manuel LaRosa-Lopez, one of them in 2001. The priest is now the pastor at St. John Fisher Catholic Church in Richmond while also serving as the archdiocese's episcopal vicar for Hispanics.

The delegation of U.S. bishops announced no plans to speak to the media after their audience.