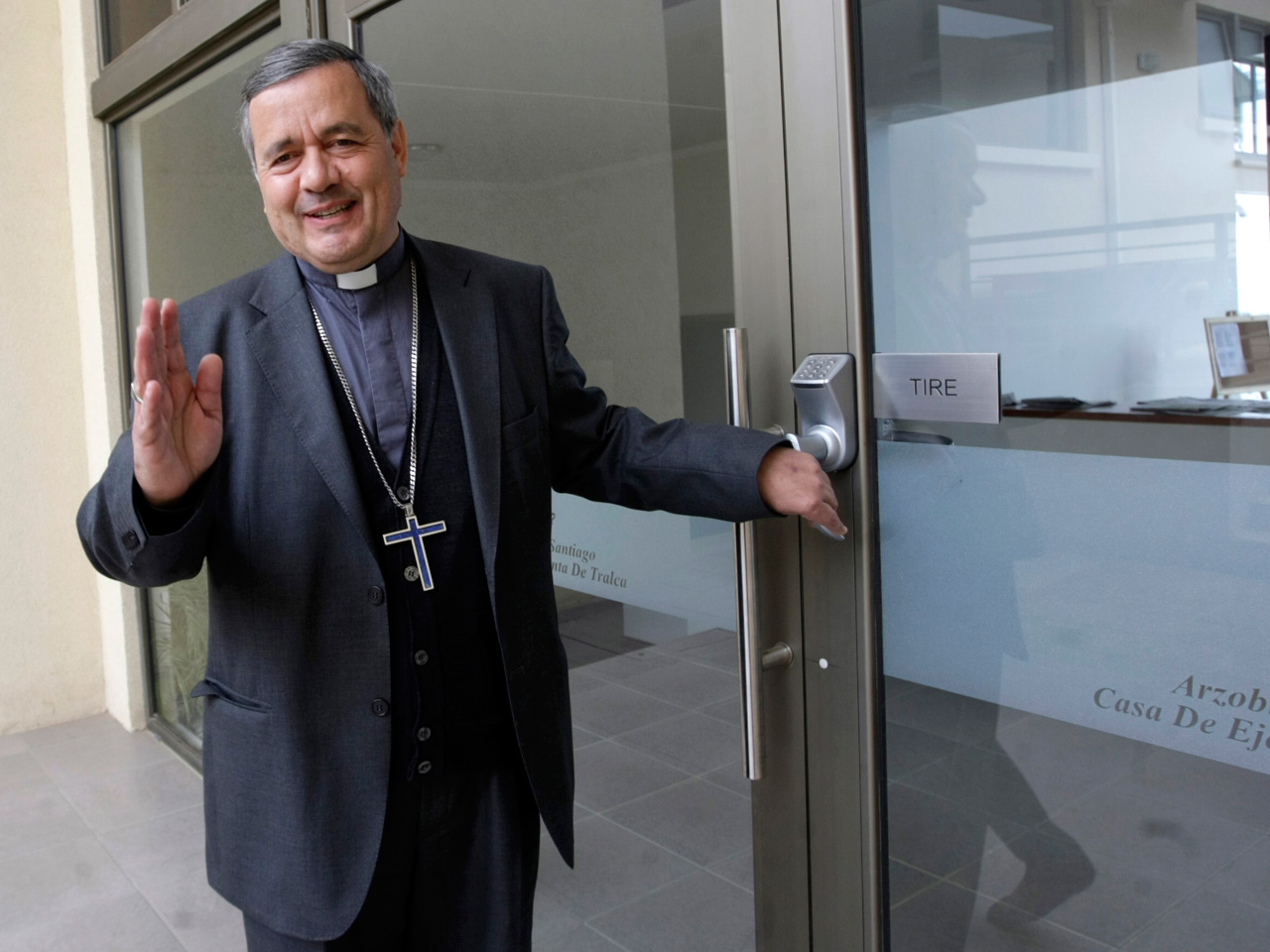 SANTIAGO, Chile - Juan Carlos Cruz recalls that he and another teen boy would lie down on the priest's bed, one resting his head at the man's shoulder, another sitting near his feet. The priest would kiss the boys and grope them, he said, all while the Rev. Juan Barros watched.

"Barros was there, and he saw it all," Cruz, now a 51-year-old journalist, told The Associated Press.

Barros has been tapped by Pope Francis to become bishop of a southern Chilean diocese this month, provoking an unprecedented outcry by abuse victims and Catholic faithful who contend he covered up sexual abuse committed by his mentor and superior, the Rev. Fernando Karadima, in the 1980s and '90s. A Vatican investigation found Karadima guilty in 2011 and sentenced the now 84-year-old priest to a cloistered life of "penitence and prayer" for what is Chile's highest-profile case of abuse by a priest.

Barros has declined to comment publicly on allegations against him. Now bishop for Chile's armed forces, he has said he learned of Karadima's abuse through a 2010 news report he saw on television, according to court records.

While not directly accused of abuse, Barros is said by at least three victims to have witnessed the sexual molestation at the Sacred Heart of Jesus church, part of the El Bosque parish that serves an affluent neighborhood of Santiago.

That history has parishioners, clergy and lawmakers in this predominantly Catholic country protesting the pope's decision to appoint Barros, 58, to become spiritual leader over the diocese in Osorno, about 580 miles south of Santiago.

More than 1,300 church members in Osorno, along with some 30 priests from the diocese and 51 of Chile's 120 members of Parliament, sent letters to Francis in February urging him to rescind the appointment, which was announced in January and is set to take effect on March 21.

They have not heard back and Vatican spokesman the Rev. Federico Lombardi declined to comment on the matter.

Numerous attempts to reach Barros were not successful; nor has he responded to the victims' accusations or the outcry over his appointment.

The Rev. Peter Kleigel, deputy pastor of the Sacred Heart parish in Osorno, is among those vocally opposing Barros' arrival.

"We're convinced that this appointment is not correct because, following canon law, a bishop must be well-regarded," he told the AP. "We need a bishop who's credible."

Such complaints come even as Francis said this month that a minster needs not only God's blessing, but the blessing of "his people" to do his work.

The controversy is being watched by victims, advocacy groups and others as a test of whether Francis will meet their demands to hold bishops accountable for having ignored or covered up wrongdoing by priests.

Anne Barrett Doyle from BishopAccountability.org, an online resource about abusive priests and complicit bishops, called the appointment "bafflingly inconsistent" with Francis' promise to root out abuse.

"The pope should have suspended and investigated Barros, not given him another diocese to run," Barrett Doyle said in an email to the AP.

Karadima led the parish of El Bosque for nearly six decades before allegations came to light in April 2010, when a news investigation into the abuse was broadcast on state television. Two months later, the archbishop of Santiago, Cardinal Francisco Javier Errazuriz, forwarded the allegations to the Vatican amid an eruption of abuse cases globally.

Victims say allegations against Karadima were reported earlier, but were ignored by the cardinal. Errazuriz, who is one of nine cardinals on Pope Francis' key advisory panel, has acknowledged in court testimony that he failed to act on several abuse allegations because he believed them to be untrue.

Karadima, who lives in isolation at a nun's convent, is barred from having contact with anyone outside of his own family.

Criminal charges against Karadima were dismissed in 2011 by Judge Jessica Gonzalez because the statute of limitations had expired. However, Gonzalez said that based on her interviews of Cruz and other victims during her yearlong investigation, she determined their accusations were truthful and dated "at least as far back as 1962."

Victims say they were between ages 14 and 17 when they first were abused by Karadima.

A letter detailing abuse allegations against Karadima was sent by some victims to Cardinal Francisco Fresno in 1982. But authors of the letter accuse Barros, who then was the cardinal's private secretary, of intercepting it and destroying it.

Francisco Gomez, 52, a publicist who says he was molested by Karadima, told the AP that he signed the letter drafted by two other victims. A friend of his who worked with Fresno, Juan Hoelzzel, told Gomez that Barros ripped it up after reading it - an account that was recorded in testimony during the criminal investigation.

Speaking to the AP, Gomez said he was told by Hoelzzel: "As long as Juan Barros is there, there is no doubt that this will happen again."

During Karadima's criminal trial, Barros confirmed that Hoelzzel, who has since died, had worked in the archbishop's office. Regarding the letter, court documents quote Barros as saying he had "no knowledge" of its existence, adding "I neither deny it nor affirm it."

Barros is one of four bishops who were mentored by Karadima and defended him from the accusations.

Cruz has said that during the time he was abused, Karadima and Barros behaved intimately with one another in his presence.

"I saw Karadima and Juan Barros kissing and touching each other. The groping generally came from Karadima touching Barros' genitals," Cruz said in a January letter to Monsignor Ivo Scapolo, the papal nuncio in Chile. Cruz provided a copy of the letter to the AP.

Despite Francis' pledge to have no tolerance for abuse by priests, James Hamilton, another victim of Karadima's, said the appointment demonstrates to him that the church "had not changed."

"I saw how Barros watched it all," he said.

Since 2004, Barros has been bishop for Chile's military, an appointment made by Pope John Paul II. Previously, he was assistant bishop in the port city of Valparaiso and bishop of the northern city of Iquique.

No representatives of his former dioceses have spoken out in his defense. On Saturday, Chile's papal nuncio published a letter urging parishioners in Osorno to welcome Barros and "prepare, by way of prayer and good works, for the beginning of his pastoral governance."