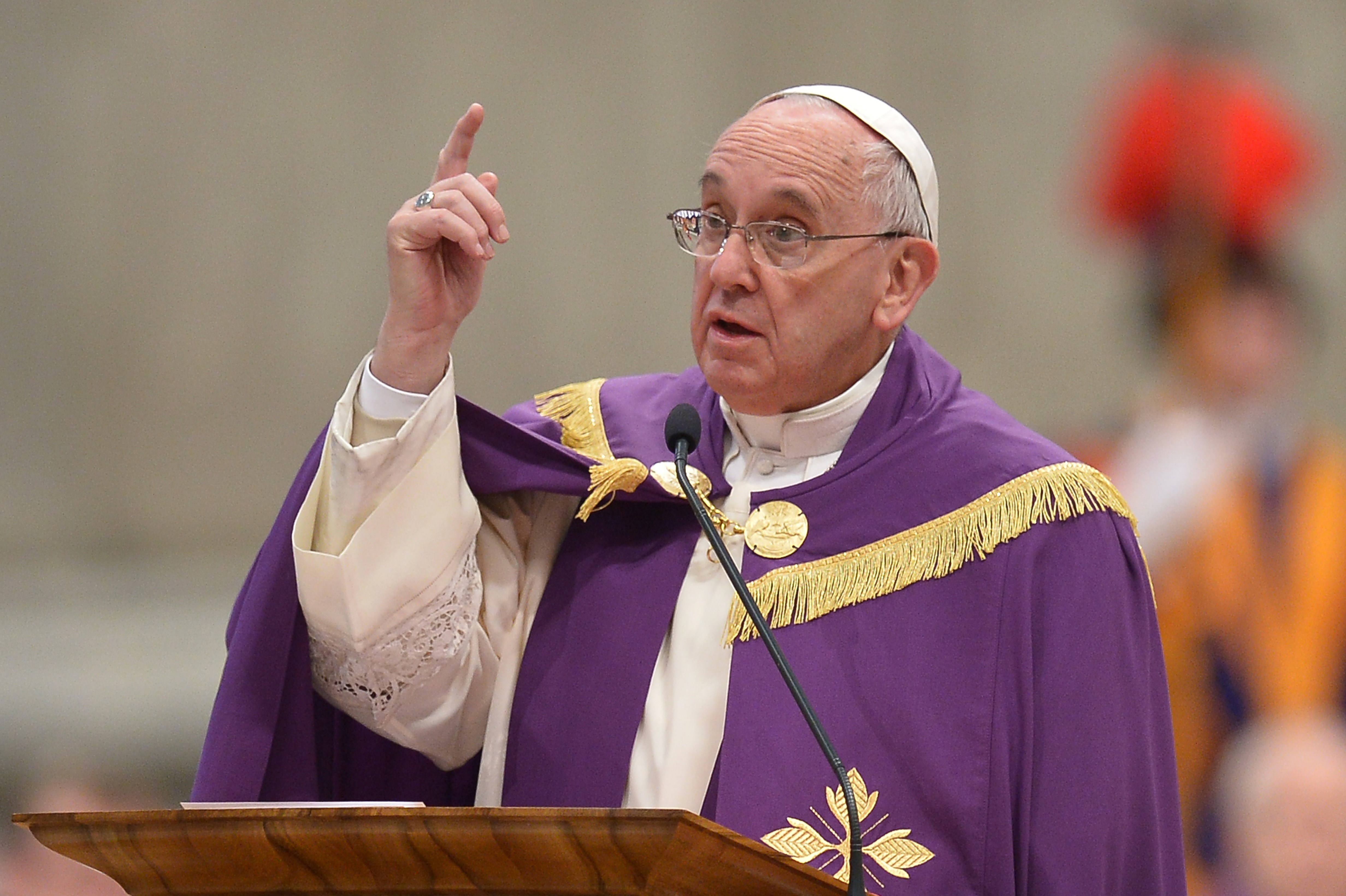 VATICAN CITY -- Pope Francis on Friday marked the second anniversary of his surprise election by predicting that he won't be pope for long - and by calling a special Jubilee Year to focus the church on his top priority while he's still around: mercy.

"I have the sensation that my pontificate will be brief: Four or five years," Francis said in an interview with the Mexican broadcaster Televisa. "I don't know. Or two or three. Well, two have already passed!"

Francis has previously said he thought he'd be pope for two to three years and that the precedent set by Emeritus Pope Benedict XVI's resignation in 2013 shouldn't be considered exceptional.

Francis also said he didn't dislike being pope but that what he really missed was his freedom.

"The only thing I'd like to do is to be able to go out one day without anyone recognizing me and go get a pizza," he said, laughing.

At Mass later Friday, Francis announced a special Jubilee Year starting Dec. 8 to focus the church on forgiveness and mercy. It's only the 27th time in the history of the Catholic Church that there has been a Holy Year. The last one was called by St. John Paul II in 2000 to mark the start of the third millennium.

Holy Years allow the faithful to receive special indulgences, ways to repair the damage of sin beyond the absolution granted by going to confession. The year begins with the symbolic opening of the Holy Door of St. Peter's Basilica.

In his homily announcing the Jubilee, Francis said the church must always keep its doors open so no one is excluded from God's mercy.

"The bigger the sin, the greater must be the love that the church shows to those who convert," he said.

Francis covered significant ground in the Televisa interview, including the recent diplomatic incident he caused by referring to the "Mexicanization" of Argentina because of drugs.

He said Mexico has had many martyrs because of the religious persecution it has endured, and because of its "privileged" place in the church thanks to the role the beloved Virgin of Guadalupe plays in its popular faith.

"I think that the devil has punished Mexico with a lot of anger," Francis said, referring to the country's problems with violence and drugs. "I think the devil can't forgive Mexico."

A recent poll showed that nine out of 10 American Catholics approve of him, as do seven out of 10 Americans of all religions -- or none at all. Attendance at Vatican events has soared. In the Philippines in January, Francis presided over the biggest papal event in world history, drawing over 6 million pilgrims to a mass in Manila.

But some conservative Catholics say they're concerned that Francis may be eroding the Catholic identity.