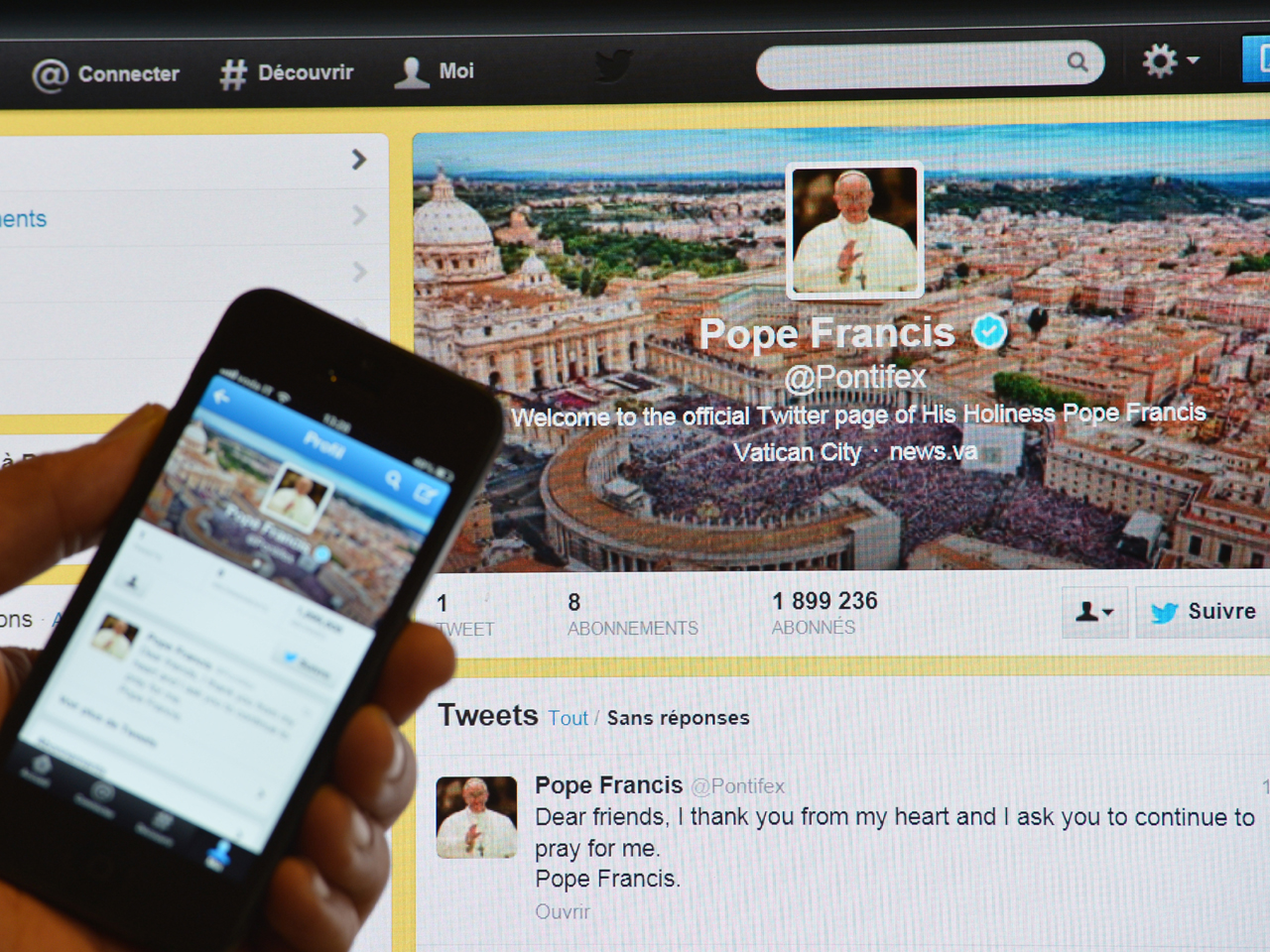 VATICAN CITY - The Internet is a "gift from God" that facilitates communication, Pope Francis said in a statement released Thursday, but he warns that the obsessive desire to stay connected can actually isolate people from their friends and family.

Francis made the observations in a message about Catholic Church communications, meditating on the marvels and perils of the digital era and what that means for the faithful going out into the world and interacting with people of different faiths and backgrounds.

In comments that will likely rile the more conservative wing of the church, Francis suggested that in engaging in that dialogue, Catholics shouldn't be arrogant in insisting that they alone possess the truth.

"To (have a) dialogue means to believe that the 'other' has something worthwhile to say, and to entertain his or her point of view and perspective," Francis wrote. "Engaging in dialogue does not mean renouncing our own ideas and traditions, but the pretense that they alone are valid and absolute."

According to church teaching distilled by then-Cardinal Joseph Ratzinger, the Catholic Church holds the "fullness of the means of salvation" - a message that has long been taken to mean that only Catholics can find salvation. Church teaching also holds that those who don't know about Jesus but seek God can also attain eternal salvation.

Pope Benedict XVI was a strong proponent of engaging in interreligious dialogue, but Francis has offered a softer approach in his sermons and gestures. In one famous off-the-cuff homily, he suggested that even atheists can find salvation. He also riled some conservatives when he washed the feet of two Muslims during the Holy Thursday re-enactment of Christ washing the feet of his apostles.

Archbishop Claudio Mario Celli, the head of the Vatican's social communications office, said he didn't think Francis was making an official policy statement on interreligious dialogue, noting that the message was merely a reflection, "not a conciliar or dogmatic text."

But he acknowledged that Francis is shaking things up in much the same "providential" way Pope John XXIII shook up the church in launching the Second Vatican Council.

"We are realizing that there are sensations of, I wouldn't say difficulty, but of discomfort sometimes in certain circles," he said. "I think step by step we must rediscover a sense of the path, of what the pope wants to tell us."

In his message Thursday, Francis said the Internet offers "immense possibilities" to encounter people from different cultural and traditional backgrounds and show solidarity with them.

"This is something truly good, a gift from God," he wrote. But he warned: "The desire for digital connectivity can have the effect of isolating us from our neighbors, from those closest to us."

He called for communications in the digital era to be like "a balm which relieves pain and a fine wine which gladdens hearts" and for the church's message to not be one of bombarding others with Christian dogma.

"May the light we bring to others not be the result of cosmetics or special effects, but rather of our being loving and merciful neighbors to those wounded and left on the side of the road," he said.