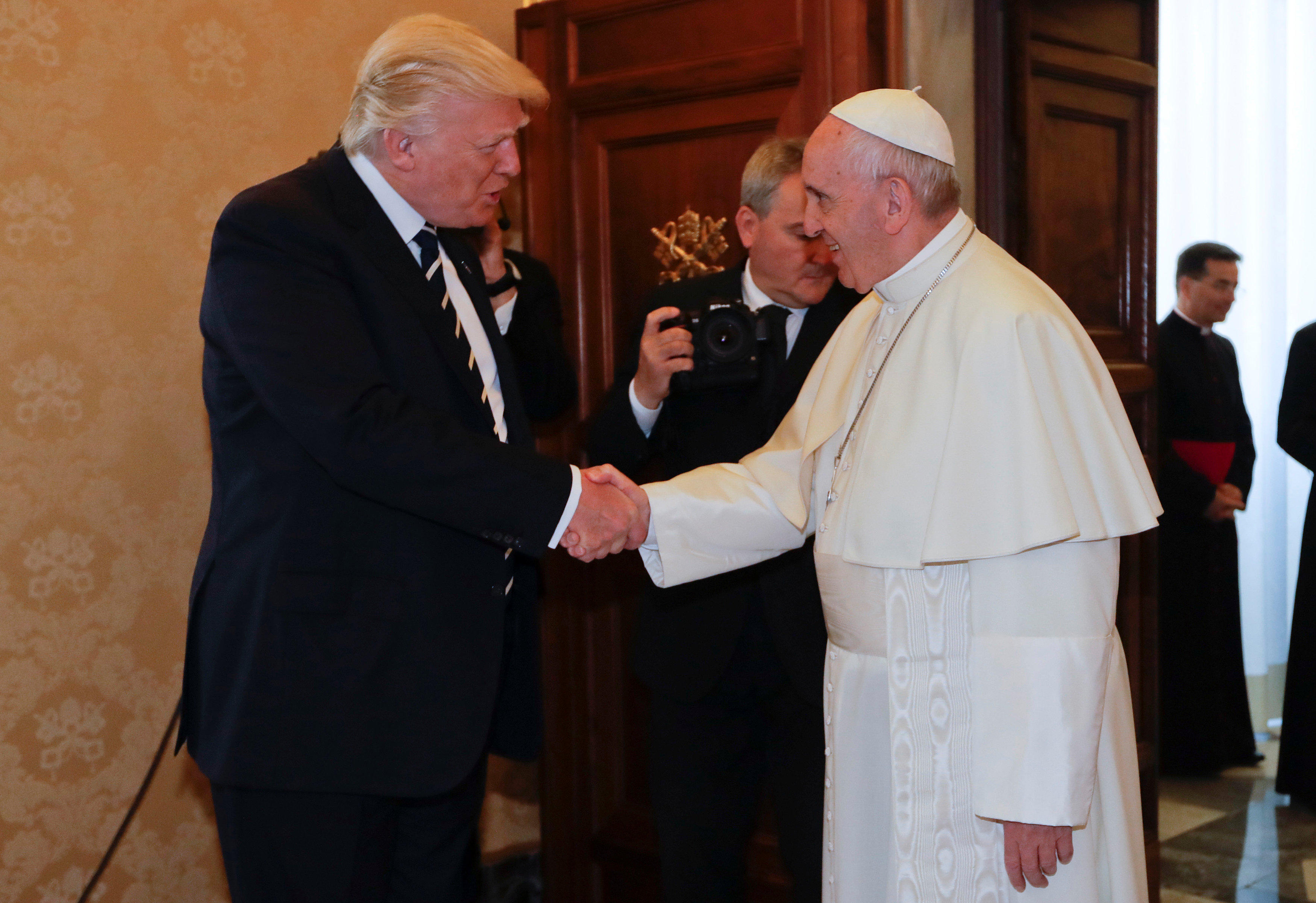 As the Trump administration considers pulling out of the Paris Agreement on climate change, Pope Francis on Wednesday gave President Trump a copy of his message on the need to combat global warming and environmental degradation.

The 192-page document, titled "Laudato si'" and subtitled "On Care For Our Common Home," is a Papal Encyclical outlining the Pope's opinion on the need to protect the environment. "The Earth, our home, is beginning to look more and more like an immense pile of filth. In many parts of the planet, the elderly lament that once beautiful landscapes are now covered with rubbish," the Pope writes in the encyclical he gave to Mr. Trump.

"Well, I'll be reading them," Mr. Trump said when he received the document along with a number of other gifts from the Catholic leader.

The Trump administration says their decision on the Paris Agreement is still in the works. It is a topic that Secretary of State Rex Tillerson and Mr. Trump also discussed with Cardinal Pietro Parolin, the Vatican's Secretary of State, during their visit to the Holy See.

"I think they were encouraging continued participation in the Paris accord," Tillerson said of the conversation with the Cardinal. The former president of Exxon Mobil Corp went on to express his concerns about the challenges that arise in addressing climate change, namely "ensuring that you still have a thriving economy and you can still offer people jobs so they can feed their families and have a prosperous economy."

The Vatican is not alone in pressuring the U.S. to stay in the agreement, which calls on nations to reduce their emissions outputs in an effort to stem the damage caused by climate change. As Trump continues his trip abroad to meet with foreign leaders at the G7 conference of rich nations, the Paris Agreement is expected to be a major topic of conversation. German Chancellor Angela Merkel, for example, has repeatedly mentioned the need for world leaders to take on climate change together.

"We are responsible for each other," Merkel said, just days before the G7 summit with Mr. Trump and other world leaders. "I am trying to convince doubters. There is still work to do."

Last month, Tillerson indicated that he is listening to input from foreign leaders on the Agreement, but gave no sign that it was enough to push the administration towards an immediate decision.

"We are taking time to understand your concerns," he said in Alaska at Arctic Council meeting. "But we're not going to rush. We're going to work to make the right decision for the United States."

There are hints of where the administration's thinking in the budget that it proposed this week, which cuts hundreds of thousands of dollars from State Department programs that manage environmental and climate change policy.