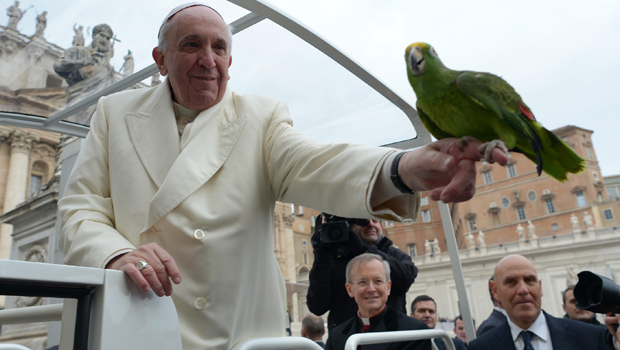 VATICAN CITY -- Pope Francis seems to have made up with the world of birds.

After his dove release went terribly awry on Sunday, Francis gladly blessed and held a green parrot named Amore on Wednesday that was offered to him by his owner, Francesco Lombardi.

Francis initially drove by Amore during his general audience, but then doubled back and took the bird for a few seconds on his finger. Lombardi said Amore parroted back the "Papa" that the crowd was chanting.