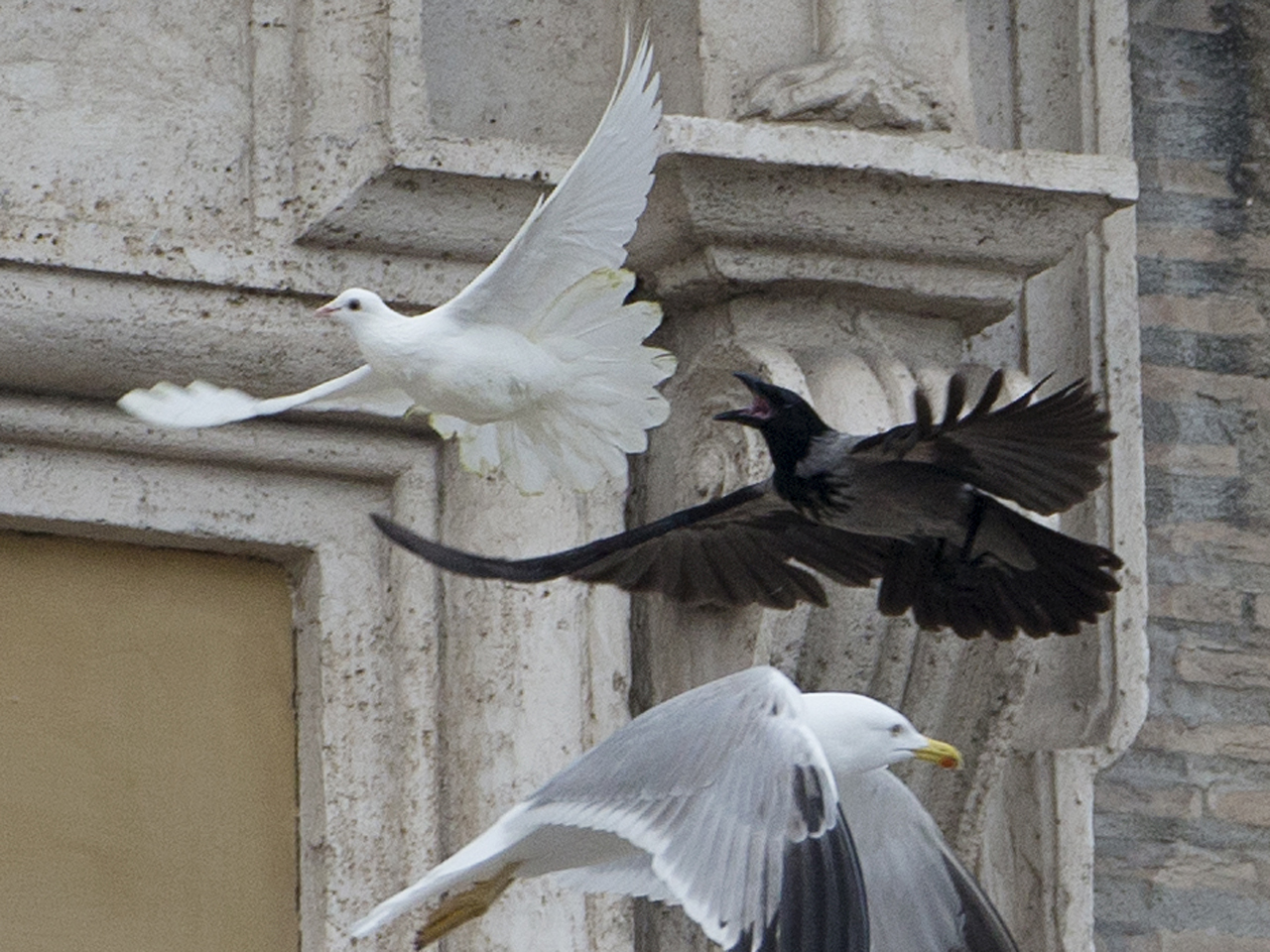 VATICAN CITY - Two white doves that were released by children standing alongside Pope Francis as a peace gesture have been attacked by other birds.

As tens of thousands of people watched in St. Peter's Square on Sunday, a seagull and a large black crow swept down on the doves right after they were set free from an open window of the Apostolic Palace.

One dove lost some feathers as it broke free from the gull. But the crow pecked repeatedly at the other dove.

It was not clear what happened to the doves as they flew off.

While speaking at the window beforehand, Francis had appealed for peace in Ukraine, where anti-government protesters have died.