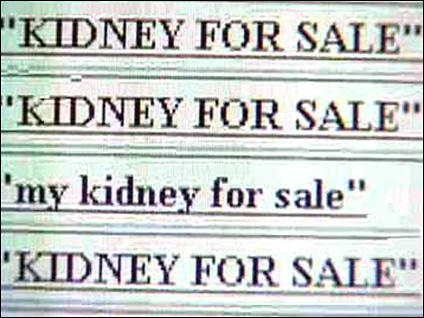 Ending an emotional visit to his native Poland, a frail Pope John Paul II asked his countrymen Monday for their prayers to continue his papal mission so he can return again before he dies.

The pope's plane took off for Rome on Monday afternoon, laying to rest talk that the 82-year-old pontiff would retire during this trip and not return to the Vatican. During the visit, the pope made clear that his religious mission must go on until his death.

John Paul, who wiped away a tear as he bade Poles farewell, appeared invigorated by the joyous reception he received during a four-day nostalgic journey tracing his life in Poland, yet overshadowed by the reality his own mortality.

Before his departure, he left his countrymen with the hope this trip would not be his last.

"Many have waited for my coming. Many have wished to meet me, although not all were able to do so," the pope said in his farewell address. "Maybe next time ..."

"We invite you," the crowd chanted in reply.

The unanswerable question of whether this would be the pope's final trip to his beloved homeland cast an emotional charge over the visit, the pope's ninth.

The pope has alluded to a desire to return to Poland but has not committed to it.

"In my personal opinion, the pope will return to Poland," Vatican spokesman Joaquin Navarro-Valls said. "He's in a place that is very dear to him. He has personal links to this place, and his prayer here is very personal and very intense."

John Paul concluded his visit with a Mass at a mountain monastery, where as a youth he used to pray with his father, and a brief flyover of his native Wadowice.

Bells tolled as the "popemobile" approached the Kalwaria Zebrzydowska monastery, draped in Polish and Vatican flags, and a waiting crowd of some 60,000 people chanted "Your people welcome you, John Paul II."

Thousands more waving countrymen gathered along the winding 30-mile route to the sanctuary to catch a glimpse of Poland's favorite son on the final day of his four-day trip.

At the mountain shrine, John Paul asked Mary for the strength to continue his papal mission.

"Most holy mother, our lady of Calvary, obtain also for me strength in body and spirit that I may carry out to the end the mission given to me by the risen Lord," the pope said, seated at the altar beneath a gilded painting of Mary and the Christ child.

Kalwaria was the last official stop on the pope's visit, which has taken the holy father to a sanctuary where he prayed under Nazi occupation, the cathedral where he said his first Mass as a priest and his parents' graves.

John Paul has been beset by symptoms of Parkinson's disease — including trembling hands and slurred speech — as well as hip and knee ailments that leave him stooped.

The Kalwaria sanctuary, with 42 chapels that depict Biblical scenes surrounding Christ's death, is one of the places where the pope often prayed and walked in contemplation as a boy growing up in nearby Wadowice.

During Monday's Mass, the pope recalled returning to the shrine as a young man and later as Krakow bishop seeking guidance to help resolve problems of the archdiocese.

"Today I come to this shrine as a pilgrim," he said.

On his first visit to Poland after becoming pope in 1979, he called the sanctuary "a reservoir of faith, hope and love," and asked the Franciscan monks who live there to say daily prayers for him.

"I ask you again to continue praying for me, I say again, when I am alive and after I die," he said in impromptu remarks at the end of the Mass.

The trip was the pope's ninth visit to his homeland and the last trip outside Rome he has scheduled this year. He is considering traveling to Manila, Philippines, in January for a Catholic family event but no official decision has been made yet.