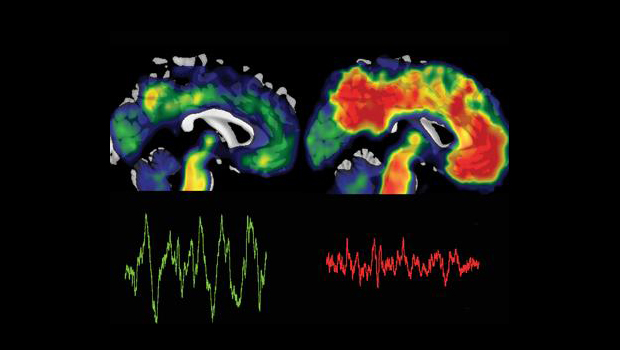 New research suggests that a good night's sleep may play an important role in helping protect the brain against memory decline associated with Alzheimer's.

Researchers at the University of California-Berkeley found that a deficit in deep non-REM sleep, a sleep cycle associated with memory retention, was associated with a higher risk of buildup of brain proteins which are believed to play a role in triggering Alzheimer's disease. The buildup of toxic beta-amyloid proteins in the brain then leads to further sleep deprivation, resulting in a vicious cycle.

UC Berkeley neuroscience professor Matthew Walker and colleagues studied 26 cognitively normal older adults and found that higher amounts of beta-amyloid were linked with poor sleep. Participants with the highest levels of beta-amyloid and the poorest quality of sleep also performed worst on memory tests that the researchers gave volunteers before and after sleep.

"Our findings reveal a new pathway through which Alzheimer's disease may cause memory decline later in life," Walker said in a press release.

This latest study, published Monday in Nature Neuroscience, used human test subjects to offer a better picture of a disease that has been diagnosed in more than 40 million people worldwide.

Past research in mice has shown that deep sleep clears the brain of harmful toxins that accumulate during the day.

"Sleep is helping wash away toxic proteins at night, preventing them from building up and from potentially destroying brain cells," Walker said. "It's providing a power cleanse for the brain."

Bryce Mander, lead author on the study and a postdoctoral researcher in the Sleep and Neuroimaging Laboratory directed by Walker, suggested that "if we intervene to improve sleep, perhaps we can break that causal chain."

The researchers believe this study is an important step in finding ways to prevent memory loss.

Over the next five years the team will track a new set of older adults to find out if it's the bad sleep or the bad protein in the brain that begins the cycle of memory loss.

"This is a new pathway linking Alzheimer's disease to memory loss, and it's an important one because we can do something about it," Mander said.

End of restriction on gay blood donors to face key federal vote next year
Thanks for reading CBS NEWS.
Create your free account or log in
for more features.
View CBS News In
CBS News App Open
Chrome Safari Continue
Be the first to know
Get browser notifications for breaking news, live events, and exclusive reporting.