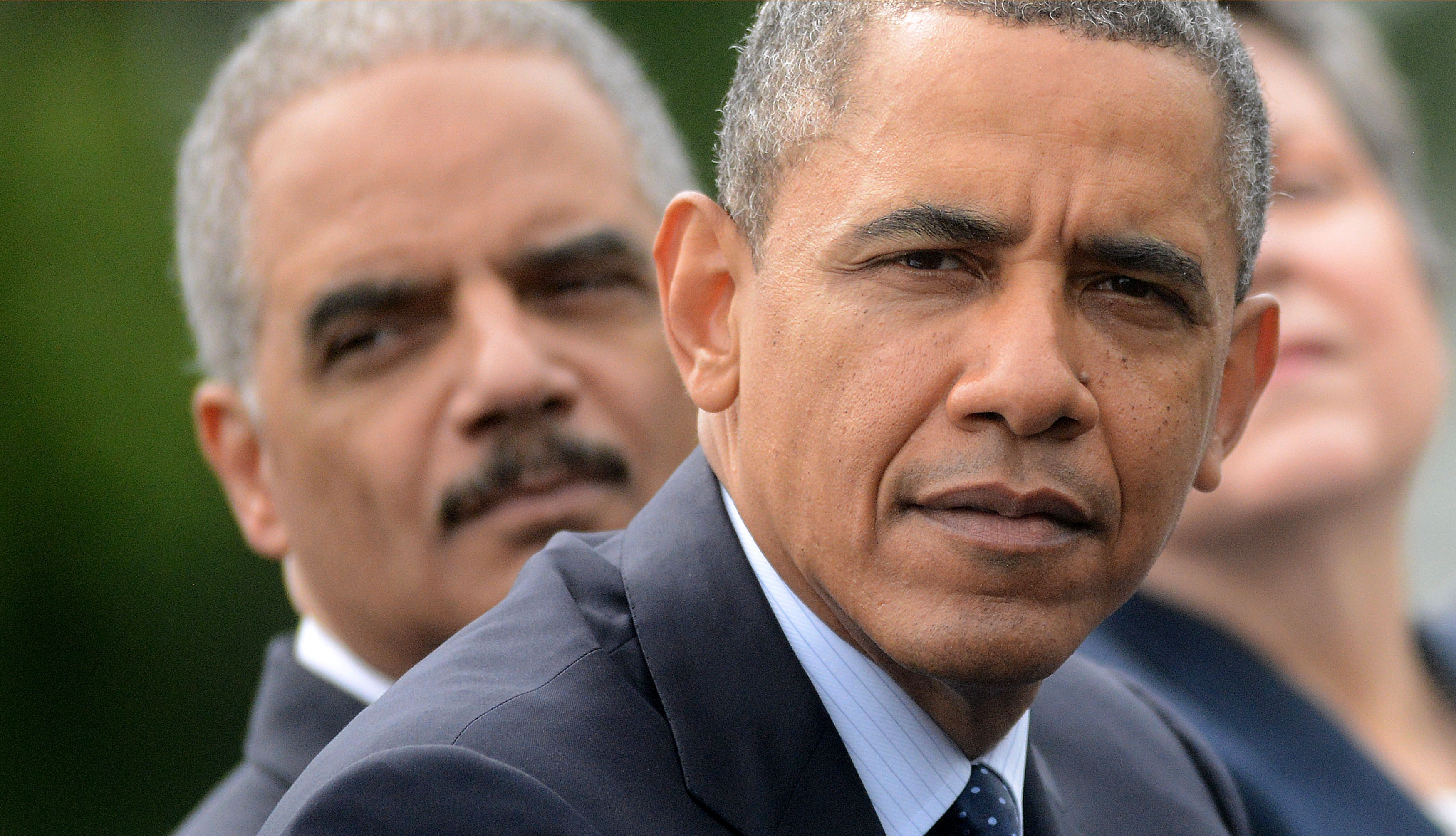 Nearly half of Americans do not believe that President Obama was unaware of the IRS targeting of conservative groups for excessive scrutiny until he read about it in press reports, according to a new poll from Bloomberg News.

Forty-seven percent of Americans sampled said they don't believe Mr. Obama is being truthful about when he was informed of the IRS targeting scandal, which has been roiling Washington for weeks, while only 40 percent believe him.

Forty-eight percent of those polled believe that the agency's targeting was politically motivated, while only 31 percent say it was undertaken as a bureaucratic shortcut, which some at the IRS and within the administration have claimed.

Meanwhile, a Wall Street Journal/NBC News poll hands down a similarly skeptical verdict on the administration's handling of the IRS scandal and other recent controversies. 55 percent of those polled say the IRS targeting raised doubts about the Obama administration's "overall honesty and integrity." Similar percentages said the same about the ongoing controversy over the attack on a U.S. consulate in Benghazi, and about the Justice Department's surveillance of journalists as part of a leak probe.

Despite the abundant evidence of public skepticism, the trio of controversies appears to be exerting only a small impact on the president's standing among the American people.

Fifty-three percent of Americans polled by Bloomberg News still hold a favorable view of the president, down slightly from 56 percent who said the same in February.

And according to Bloomberg News, the president's job approval stands at 49 percent, down from 55 percent in February. In the Wall Street Journal/NBC poll, 48 percent approve of Mr. Obama's job performance, while only 47 percent disapprove - both numbers unchanged since their last survey in April, despite a steep drop in support among independents in the interim.

"The responsibility has not yet landed in the president's lap," explained Fred Yang, the Democratic pollster who helped conduct the Wall Street Journal/NBC poll. "The public is taking a wait-and-see view."

Yang's Republican partner in the poll, Bill McInturff, said the controversies were "impacting but not restructuring" Mr. Obama's patterns of support among the public. "These episodes are not Iran-Contra," he explained, referring to the illegal arms sale scandal that marred President Ronald Reagan's second term.

And the controversies do not appear to be paying any dividends for congressional Republicans, who have aggressively indicted the administration's role in each of the three cases. According to Bloomberg, only 35 percent of Americans hold a favorable view of Republicans in Congress, down from 37 percent in February.

The economy also continues to be a point of concern among many Americans. 60 percent of respondents told Bloomberg News that the country was on the wrong track, up from 54 percent in February despite improving employment numbers, consumer confidence indicators, housing prices, and stock indices.

55 percent of respondents in the Bloomberg poll said that recent automatic spending cuts implemented in March as part of the sequester are damaging the economy, while only 25 percent say the austerity program has been economically beneficial.

According to the Wall Street Journal/NBC poll, 36 percent of Americans expressed some level of satisfaction with the economy - not exactly a wellspring of optimism, but up 9 points since January and the highest level of Mr. Obama's presidency.

The Bloomberg poll surveyed 1,002 adults between May 31 and June 3, carrying with it a margin of error of plus or minus 3.2 percent.

The Wall Street Journal/NBC poll surveyed 1000 adults between May 30 and June 2, and had a margin of error of plus or minus 3.1 percent.