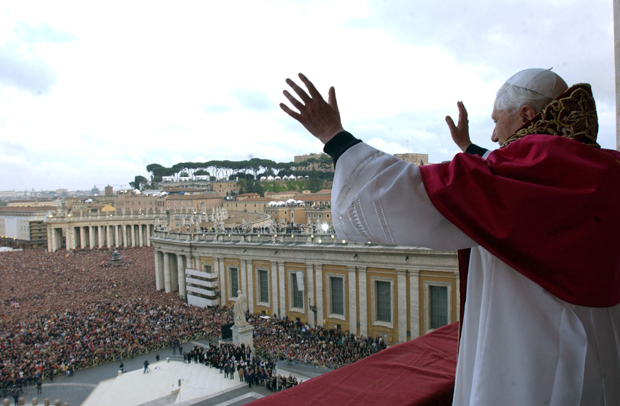 Amid growing support for same-sex marriage nationwide, a new poll from Quinnipiac University shows that most Catholics in the U.S. also back same-sex marriage, despite the church's teachings against it.

According to the poll, which surveyed 497 adult Catholics from February 27 - March 4 with a margin of error of +/- 4.4 percent, 54 percent of Catholic voters support same-sex marriage, while 38 percent oppose it. The survey shows a dramatic shift on the subject in the last few years: In a July 2008 poll by Quinnipiac, only 36 percent of Catholic voters said they supported same-sex marriage, while 55 percent opposed it.

Among 1,944 registered voters surveyed in the same poll, 47 percent supported same-sex marriage and 43 percent opposed it. A December poll asking the same question showed a statistical tie on the issue, at 48 percent in support and 46 percent in opposition.

After the recent resignation of Pope Benedict XVI, Catholics await the selection of Benedict's successor. As a CBS News/New York Times poll indicated earlier this week, most Catholic Americans are hoping for a younger, more liberal pope the next time around.

Indeed, 52 percent of Catholics surveyed in the Quinnipiac poll said current church leaders are out of touch with the views of Catholics in America today. Fifty-five percent say the next pope should move the church in a new direction.

Specifically, 62 percent of U.S. Catholics say the next pope should let priests get married, and 64 percent say he should relax the church ban on contraception. Eighty-one percent said the church should also do more to combat the sexual abuse of young people by priests.