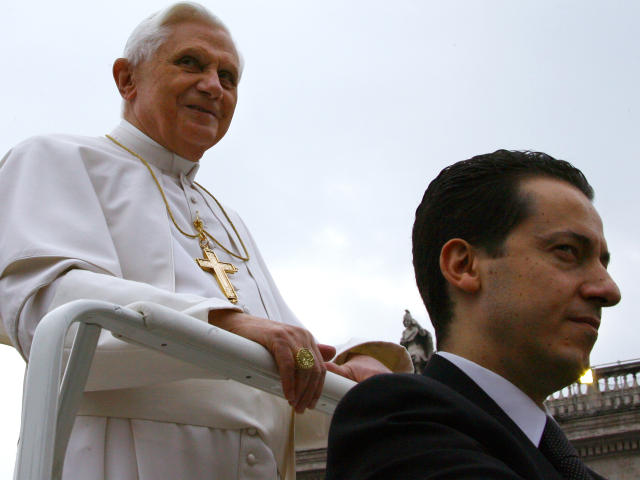 As the College of Cardinals descends on Rome this week to select the world's next pope, most U.S. Catholics want the new pope to be younger, to have new ideas, and to liberalize the church's teachings on issues like birth control, ordaining women, and permitting priests to marry, according to a new poll by CBS News/New York Times.

When former Pope Benedict XVI ascended to the Papacy after his 78th birthday in 2005, he was known for defending traditional Catholic teachings and values. As he becomes the first pope to retire since the Middle Ages, most Catholics - 66 percent - say they would prefer the next Pope to be younger with new ideas, rather than older with more experience.

The poll, conducted among a random sample of 580 Catholic adults from Feb. 23-27, showed a groundswell of support among U.S. Catholics for a more modern church in general: A majority said the Catholic Church is out of touch with the needs of its members.

More specifically, over half of Catholics - 54 percent - would like the next pope to espouse more liberal teachings going forward. Only 19 percent hoped for a continuation of Benedict's teachings, and 18 percent cited a desire for someone with more conservative ideas.

Foremost among those subjects where most Catholics see room for change is on the question of contraception: 91 percent said the next Pope should favor the use of condoms to help stop HIV, and 71 percent said he should favor artificial methods of birth control. Sixty-nine percent of Catholics said, too, that priests should be able to get married, and the same number said women should be able to become priests.

A majority of Catholics (56 percent) think the pope should continue to support the Catholic Church's opposition to the death penalty and legalized abortion, however.

Regardless, Catholics don't think it is necessary to agree with the pope on issues like abortion and birth control in order to be a faithful member of the church. Eighty-three percent of Catholics said they think it's possible to disagree with the pope on issues like these and still be a good Catholic, and 78 percent of American Catholics are more likely to follow their own consciences rather than the pope's teachings (13 percent) on difficult moral issues.

One challenge for the next pope will be to convince Catholics that the church understands them. Just 39 percent of Catholics say the church is in touch with the needs of Catholics today. Far more - 53 percent -- say it is out of touch.

Fewer people now (29 percent) than in 2005 (38 percent) have a great deal of confidence that the next pope will be in touch with their needs. Even so, 74 percent of Catholics say they have at least some confidence that the College of Cardinals will select a Pope who fits this description.

Asked what they most want the next pope to accomplish, Catholics cited a desire to see him bring people back to the church (12 percent). Nine percent said they want him to modernize it, eight percent want him to unify it, and another eight percent want to see something done about the sex abuse scandals. Seven percent said they want the new pope to allow priests to marry, and the same number wants him to change the rules on birth control and homosexuality.

Benedict's resignation marks the first time a Pope has resigned from office since 1415, and most Catholics think this precedent-setting event was a good idea. Three quarters of Catholics overall - including 84 percent of those who have been following news of the resignation at least somewhat closely - support him retiring rather than remaining in office until his death.

Overall opinion of Benedict among Catholic Americans has changed little during his eight years in the Papacy: 40 percent of Catholics view him favorably, while half don't have an opinion either way. In April 2006, views of Benedict were similar.

In the wake of the sex abuse scandals, the Vatican's authority has been diminished in the eyes of most Catholics: 55 percent now say the scandals and how they were handled has made them question the church's authority and leadership. That is up substantially, from 40 percent, from 2010.

The Vatican still draws poor reviews for its handling of the scandals; nearly seven in 10 Catholics give the Pope and Vatican poor marks for it.

A plurality of Catholics - 45 percent - sees no change in how the Vatican is handling priests accused of abuse. Fewer - 39 percent - say they see improvement lately, down from 49 percent two years ago.

When it comes to their own views, Catholics themselves overwhelmingly break with their church on a few key teachings and church doctrines.

Most Catholics break with church teachings on some of the top social and policy issues facing the nation today -- same-sex marriage (62 percent would legalize it); abortion (74 percent would allow it, at least with some limitations) and the death penalty (61 percent favor it).

However, there are some differences of opinion within the Catholic community: stronger adherents - those who attend mass more frequently - tend to follow church guidance on the issues more.

Catholics also tend to take a more politically liberal stance on allowing illegal immigrants to apply for citizenship. Six in 10 would allow it, including three in four Hispanic Catholics.

The church and the birth control coverage debate

Recently, the church clashed with the Obama administration on matters of health insurance and coverage for birth control.

As a practical matter, Catholics are split. Those who attend church weekly say church-run institutions should be allowed to opt out of the mandate. Fifty percent of those who do not attend regularly would mandate coverage for birth control, while 43 percent would allow such employers to opt out.

Many in the hierarchy of the Catholic Church cited the matter as an issue of religious freedom. However, American Catholics overall see the debate differently: 50 percent call it a matter of women's health, and fewer - 40 percent - see it as a debate over religious freedom.

More broadly, Catholics do not see U.S. government policies generally infringing on their religious liberties. This is especially true for those who do not attend church weekly, but not for weekly attendees.

This poll was conducted among a random sample of 1585 adults nationwide, interviewed by telephone February 23-27, 2013. Phone numbers were dialed from RDD samples of both standard land-lines and cell phones. The error due to sampling for results based on the entire sample could be plus or minus three percentage points. The error for subgroups is higher.

An oversample of Catholics was interviewed, for a total of 580 interviews. The results were then weighted in proportion to the adult population. The margin of error for the sample of Catholics is four points. This poll release conforms to the Standards of Disclosure of the National Council on Public Polls.