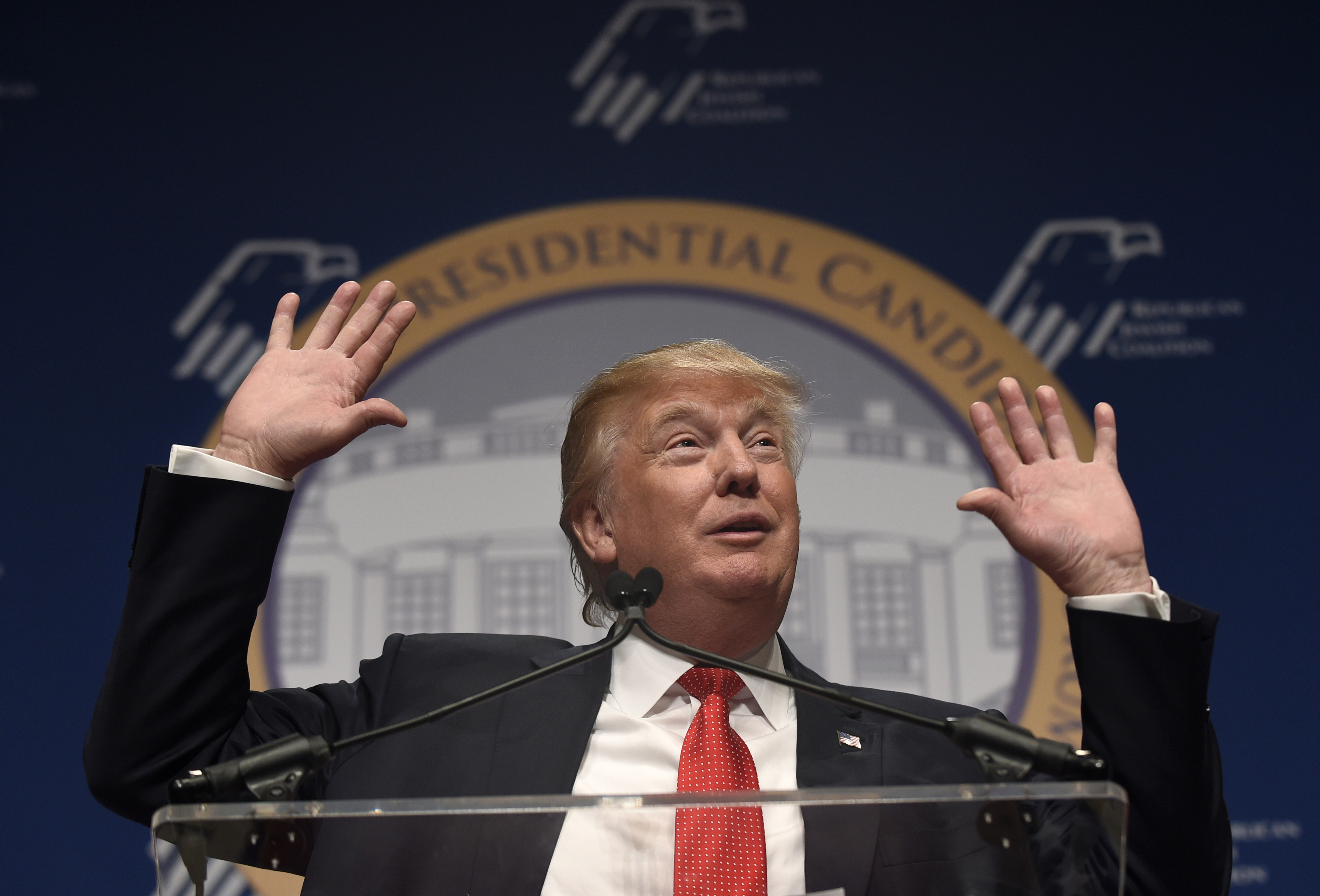 Over a third of registered Republican and Republican-leaning voters would vote for Donald Trump -- a wide margin over the rest of the GOP field, according to a new poll released Friday.

The CNN/ORC survey shows Trump's campaign muscle: He has 36 percent of support among poll respondents, 20 points ahead of his nearest competitor. Texas Sen. Ted Cruz, in second place, trails Trump with 16 percent of those surveyed favoring him. Retired neurosurgeon Ben Carson comes in at 14 percent, and Florida Sen. Marco Rubio at 12 percent. No other candidate breaks a 5 percent threshold.

Since the last CNN/ORC poll in October, some candidates have seen a steep decline in national support. Carson lost 8 points from the previous survey, when he had registered in second place. Former Florida Gov. Jeb Bush is down 5 points to 3 percent, and Kentucky Sen. Rand Paul is down 4 points to 1 percent of support.

The real estate mogul also dominates when it comes to issues voters identify as most important to them. Survey respondents said Trump was best qualified to handle the economy at an overwhelming 55 percent (Cruz is next with 9 percent), along with illegal immigration, ISIS threats, foreign policy, and the federal budget.

A majority of Republican voters (52 percent) also point to Trump as the GOP hopeful with the best chances to win November's general election. Fifteen percent believe that of Rubio, 11 percent for Cruz, and 10 percent for Carson.

The poll was taken before Wednesday's San Bernardino shooting, from November 27 - December 1, 2015. The margin of error is 3 percentage points.