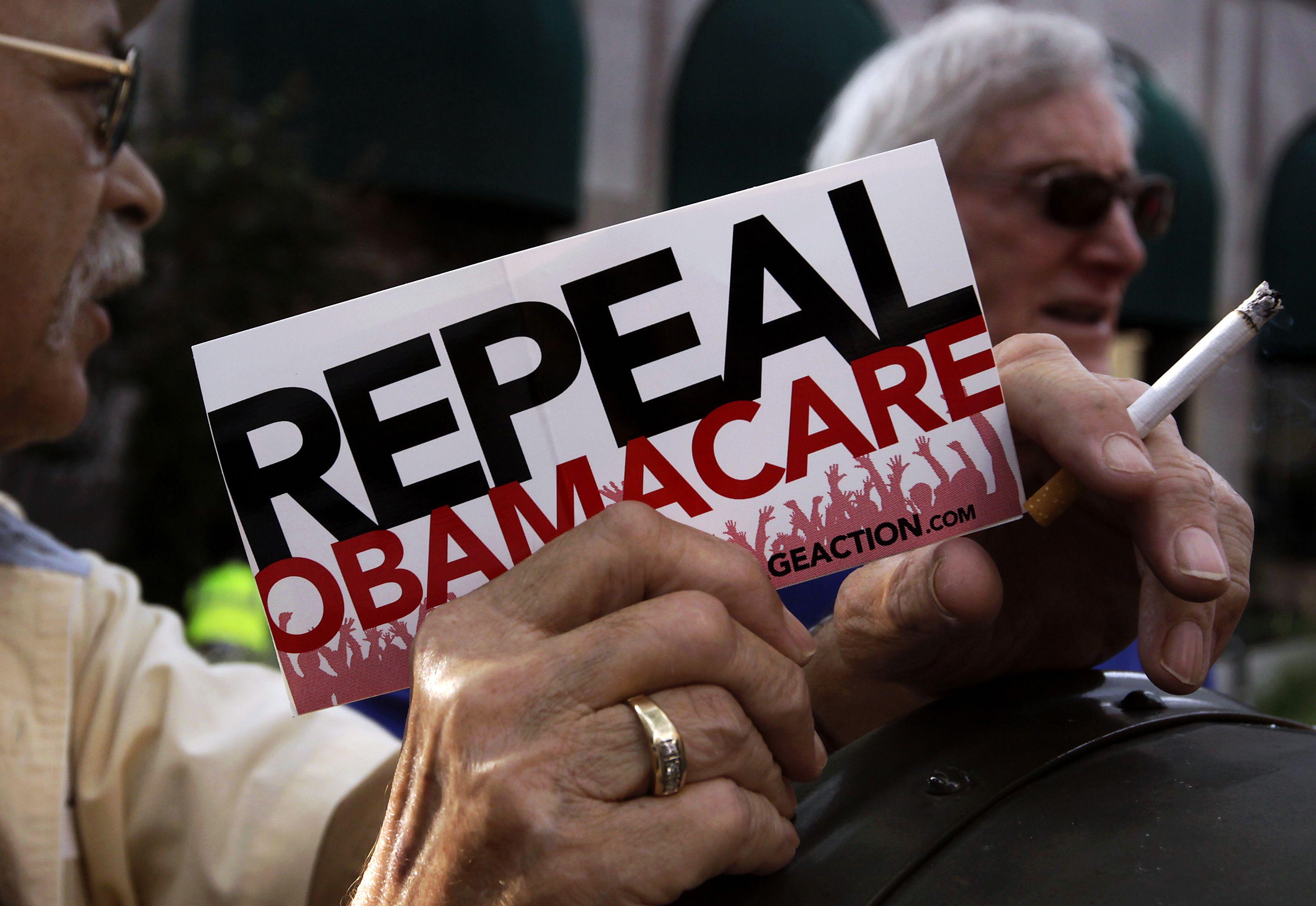 WASHINGTON -- Only about one in four Americans wants President-elect Donald Trump to entirely repeal his predecessor’s health care law that extended coverage to millions, a new poll has found.

The post-election survey released Thursday by the nonpartisan Kaiser Family Foundation also found hints of a pragmatic shift among some Republican foes of “Obamacare.”

Kaiser CEO Drew Altman said the foundation’s polling experts aren’t quite sure what to make of that finding, and will continue to track the apparent shift in future polls. The organization is a clearinghouse for information and analysis about the health care system.

It could be that some Republicans “got a protest vote off their chests, and they’re done with that,” Altman said. “They now have a more moderate position.”

After branding the Affordable Care Act a “disaster” during an election campaign that saw big premium hikes unveiled in its closing days, Mr. Trump has been saying he’d like to keep parts of the law.

And indeed, its popularity only seems to be gaining among Americans: The day following the election, HealthCare.gov notched 100,000 signups, the highest single-day number since open enrollment began.

On Capitol Hill, Republican leaders are trying to choreograph a legislative dance that would let them quickly repeal “Obamacare,” then allow an interlude to segue to a replacement. The complex undertaking is fraught with political risk, because success is not guaranteed. It could disrupt coverage for millions by destabilizing the law’s already fragile health insurance markets, such as HealthCare.gov.

The poll found some skepticism about that approach. Forty-two percent of those who want the 2010 health care law repealed said lawmakers should wait until they figure out the details of a replacement plan before doing so.

A senior administration official expressed concern over this possibility, telling CBS News that “repeal and delay replacement is repeal.” Such an option could force insurance companies out of the marketplace if they are unsure what the future looks like. The official noted that six years of Republican promises for a replacement have yielded few viable replacement plans.

A full repeal with no replacement, the official emphasized, could then result in the loss of 20 million people’s insurance coverage, including young adults under 26 who are on their parents’ health insurance plans. Among other effects of an ACA repeal: Women would have to pay for contraception, seniors’ drug prices could rise, preventative visits and routine screenings would no longer be free, and annual and lifetime coverage limits would disappear.

Americans were divided on next steps for President Barack Obama’s signature law. Overall, 30 percent said the new president and Congress should expand what the law does, and another 19 percent said it should be implemented as is. On the other side, 26 percent said the law should be entirely repealed and 17 percent called for it to be scaled back.

Among Trump voters, 8 in 10 viewed the health care law unfavorably, and half wanted it entirely repealed.

Georgia Rep. Tom Price, Mr. Trump’s pick for HHS secretary, has already outlined a plan to replace the ACA, but the current administration is wary of its implementation. According to the senior administration official, there are several negative effects of Price’s proposals, including a cap of employer tax benefits, dumping in the employer market, and elimination of mental health coverage in the ACA.

As Republicans start to make changes in health care, potentially revamping Medicare and Medicaid as well, the politics of the issue could turn against them, Altman said. “They are going to go from casting stones to owning the problem,” he said.

The poll found majorities across party lines support many of the health care law’s provisions, but not its requirement that individuals have coverage or risk fines, and its mandate that medium-to-large employers pay fines if they don’t offer health insurance.

Among the provisions with support across party lines:

The senior administration official noted to CBS News, however, that keeping the popular provisions (including those ensuring people with preexisting conditions can keep their insurance and guaranteeing that children can stay on their parents’ plans until the age of 26) will be difficult to do without the less popular provisions like the individual mandate.