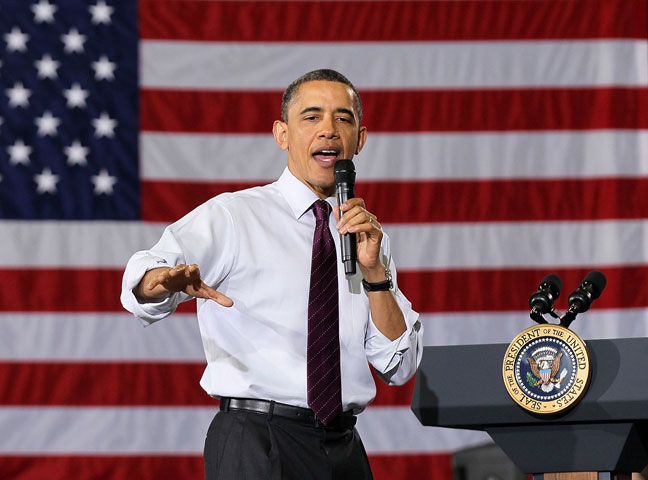 A quarter of all Americans incorrectly think President Obama was not born in the United States, according to a new CBS News/ New York Times poll.

Among all Republicans, 45 percent believe he was born in another country, as do 45 percent of Tea Party supporters, the poll shows.

Businessman and television personality Donald Trump has pushed the issue into the spotlight in recent weeks, insisting that he is unconvinced of Mr. Obama's origins. While Trump has used the issue to bring more attention to his possible Republican presidential bid, other Republicans are trying to tamp down the "birther" talk.

House Tea Party Caucus Chairwoman Michele Bachmann said recently that it's time to "move on" from the issue. Additionally, Arizona's Republican Gov. Jan Brewer recently vetoed a bill, penned in response to questions about Mr. Obama's origins, that would have made Arizona the first state to require presidential candidates to provide proof of their birth before getting on the state ballot.

The myth seems fated to live on, however, as a new book will come out next month entitled, "Where's the Birth Certificate?: The Case that Barack Obama is not Eligible to be President."

This poll was conducted among a random sample of 1,224adults nationwide, interviewed by telephone April 15-20, 2011. The error due to sampling for results based on the entire sample could be plus or minus three percentage points. The error for subgroups is higher. An oversample of Republicans was also conducted for this poll, for a total of 543 interviews among this group. The results were then weighted in proportion to the average party distributions in previous 2011 CBS News and CBS News/New York Times Polls and in the random sample in this poll. The margin of error for Republicans is plus or minus four percentage points.