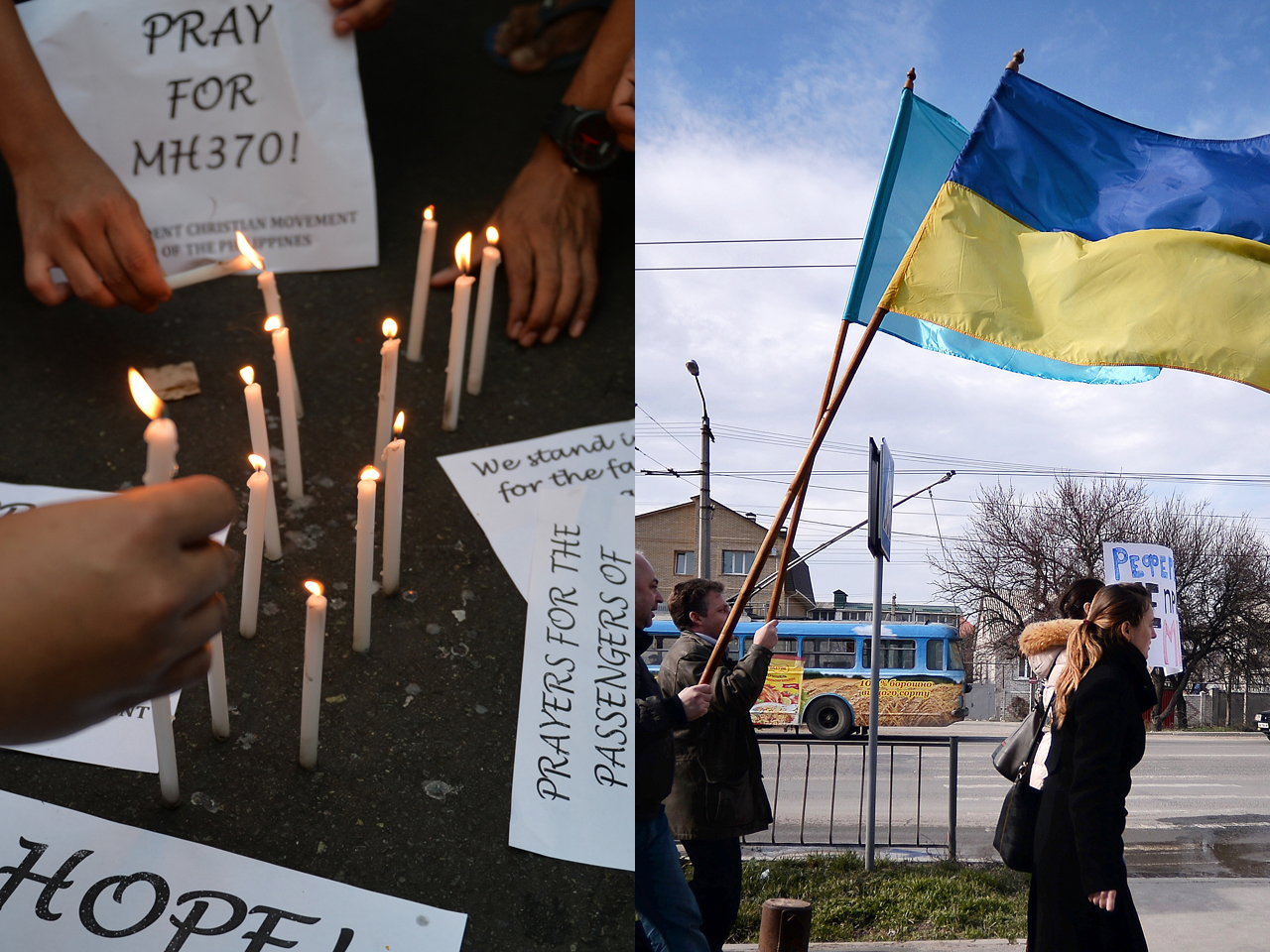 Most Americans don't think the U.S. is obliged to intervene in the recent annexation by Russia of the Ukrainian territory of Crimea. A majority of 61 percent of Americans do not think the U.S. has a responsibility to do something about the situation between Russia and Ukraine, nearly twice as many as the 32 percent who think it does. There is widespread bipartisan agreement on this.

More specifically, 65 percent of Americans do not think the U.S. should provide military aid and equipment to Ukraine in response to Russia's actions, while only 26 percent think the U.S. should. Majorities of Republicans (59 percent), Democrats (67 percent), and independents (69 percent) are opposed to providing military aid and equipment to Ukraine.

As the search for Malaysia Airlines Flight 370 continues, most Americans rate the overall safety record of commercial airline travel positively. Seventy-three percent describe it as excellent or good, while only a quarter (24 percent) rate it as fair or poor.

Even though majorities of both men and women have positive views of air travel safety, 45 percent of men rate it as excellent, compared to just 24 percent of women.

Americans rate the safety record of air travel more positively today than they did after domestic incidents such as the crash of American Airlines flight 587 (56 percent), which occurred in November 2001, just months after the 9/11 attacks, and the 1996 crash of TWA 800 (66 percent).

CBS News last asked about the safety record of commercial air travel in January 2002, just weeks after the thwarted attempt by "the shoe-bomber" to detonate a bomb aboard an American Airlines flight. Back then, 61 percent of Americans said the safety record of air travel was excellent or good; that percentage is 73 percent today.

This poll was conducted by telephone March 20-23, 2014 among a total of 1,097 adults nationwide. Data collection was conducted on behalf of CBS News by Social Science Research Solutions of Media, Pa. Phone numbers were dialed from samples of both standard land-line and cell phones. The error due to sampling for results based on the entire sample could be plus or minus three percentage points.