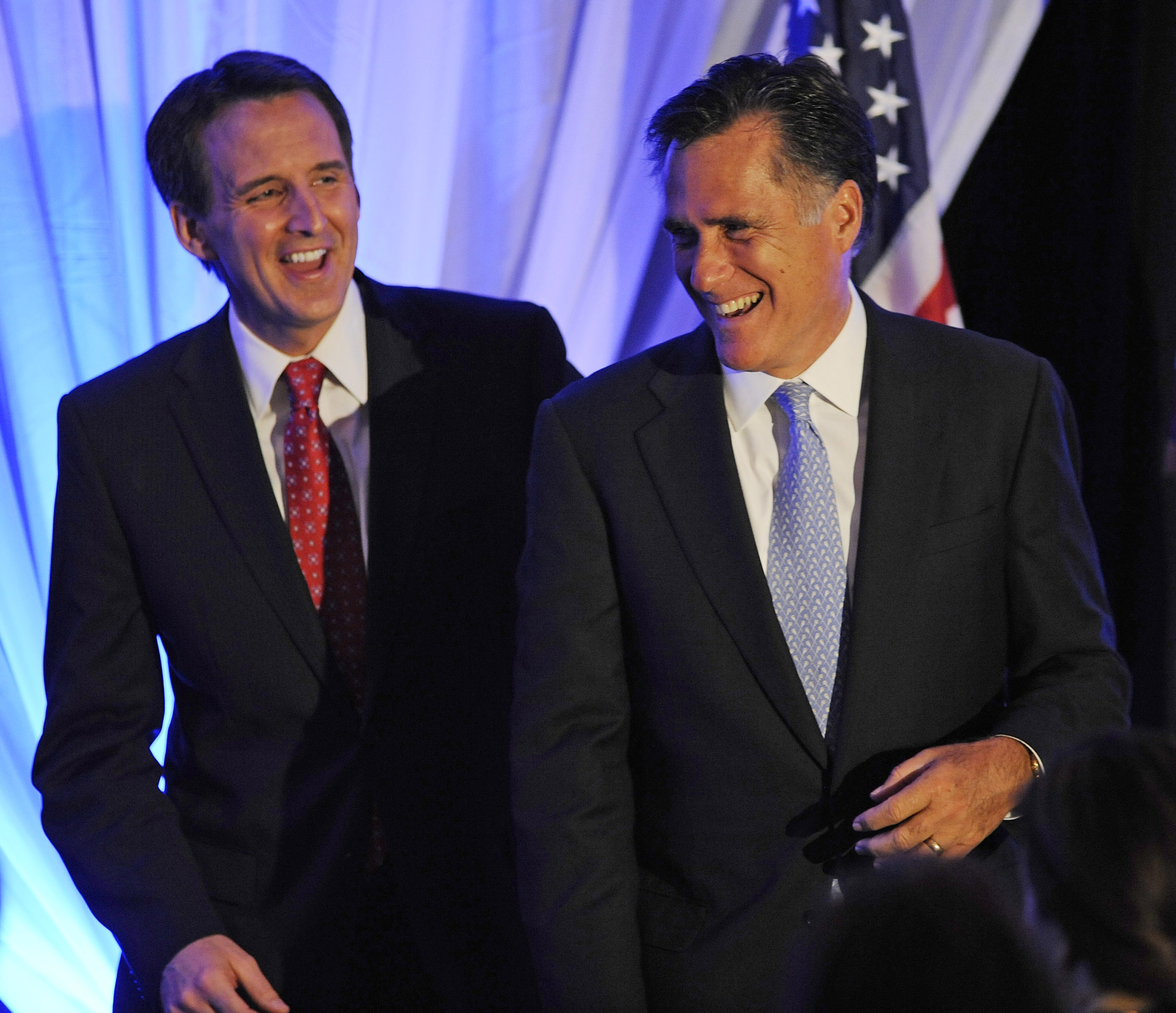 Most recent polls suggest that there's no clear frontrunner in the race for the 2012 Republican presidential nomination. A new poll suggests that may have something to do with the fact that most people can't even name any of the candidates.

About half of all Americans -- 53 percent -- could not name anyone when asked which Republican candidate they've been hearing the most about, according to a new survey from the Pew Research Center.

The lack of knowledge about the several potential Republican candidates could account for Donald Trump's recent rise in the polls. The business magnate and television personality already benefited from widespread name recognition, and in recent weeks he has dominated news headlines with his presidential flirtation.

Twenty-six percent of Americans surveyed by Pew named Trump as the candidate they've heard the most about lately -- a larger portion than those who named Mitt Romney, Sarah Palin, Mike Huckabee, Newt Gingrich and Tim Pawlenty combined.

The poll suggests the public knows little about the potential GOP candidates because they lack interest and because of relatively little news coverage on the subject.

Just 20 percent of Americans said they followed news about possible GOP candidates very closely in the last week, and coverage of the presidential race only made up 2 percent of news coverage in the past week, according to Pew.

The debate in Washington over deficit reduction, by contrast, accounted for 31 percent of last week's news coverage, and 36 percent said they followed that story very closely.

While Americans may not be paying too much attention to the upcoming elections at this point, other polls suggest they have strong ideas when it comes to proposed deficit reduction plans.

While Americans oppose cutting spending in those three particular areas, as many as 72 percent approved of the idea of raising taxes on the rich to reduce the national debt.

The Post-ABC poll also specifically asked people if "Medicare should be changed so that people over 65 would receive a check or voucher from the government each year for a fixed amount they can use to shop for their own private health insurance policy." The question referred to the 2012 budget plan put forward by Republican Rep. Paul Ryan. Sixty-four percent of Americans oppose the idea, while 34 percent approve.

The Post poll results mirror other recent polls. A CBS News poll released last month found that 76 percent of Americans are not willing to reduce spending on Medicare to address the budget deficit. And last week, Gallup released a poll showing that even a plurality of Republicans -- 33 percent -- believe the government should not do anything to try to control the costs of Medicare.

More from the Hotsheet:

"Conservative coming out" email prompts expletive from Iowa professorChristie Vilsack vs. Steve King: A possible "holy war" in Iowa?First lady's aborted landing classified as serious errorBoehner: U.S. withdrawal in Afghanistan should not be based on "political calculations"