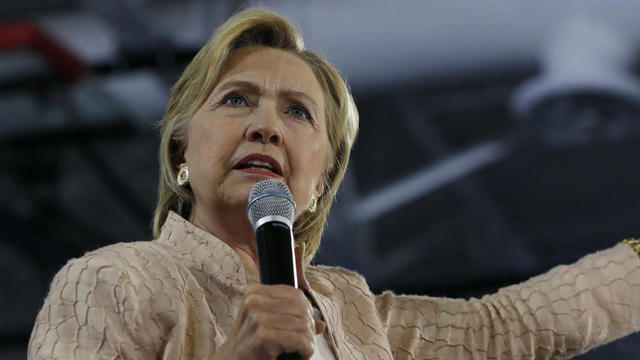 Democratic presidential nominee Hillary Clinton is still leading her Republican rival Donald Trump, but Americans like her less than they ever have, according to a new poll.

In fact, the former secretary of state hit a new milestone on Wednesday, a new Washington Post-ABC News poll showed. Fifty-six percent of Americans share an unfavorable impression of Clinton--the highest it’s ever been in her nearly 20 years of public service.

Were it not for Trump, Clinton would reign as the least popular major-party presidential nominee in modern American history, the Washington Post noted. According to the poll, business mogul has a 63 percent unfavorable rating among Americans.

But, the poll revealed another interesting finding when it comes to registered voters: Clinton’s negative image is essentially equal to Donald Trump’s. Thirty-eight percent of registered voters have a favorable impression of Clinton, while 59 percent do not. That’s on par with Trump’s 37/60 split.

And, in a week where race has been a source of controversy for both candidates, the poll found that unfavorable ratings are increasing among three demographics that have traditionally supported Clinton. Among women, her favorables dropped from 54 percent to 45 percent; with Hispanics, 71 to 55 percent; and among liberals, her ratings fell from 76 to 63 percent.

It may be difficult to isolate why Clinton has experienced such a significant decline since the conclusion of the Democratic convention in Philadelphia, the Washington Post said, but it speculated that recent headlines questioning the Clinton Foundation’s ties to the State Department and her noticeable absence on the campaign trail probably haven’t helped her.

Despite her unfavorable impression among voters, Clinton holds a seven point national lead over Trump.