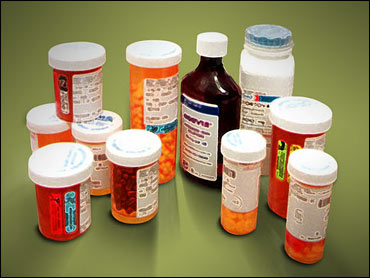 While the 2016 presidential candidates continue to debate President Obama's 5-year-old law expanding coverage for the uninsured, the latest Kaiser Family Foundation survey suggests the public is shifting to other health care issues.

Overall, 72 percent said the cost of prescription medications is unreasonable. Large majorities support requiring pharmaceutical companies to disclose how they set prices (86 percent); allowing Medicare to negotiate drug prices on behalf of beneficiaries (83 percent); limiting what drug companies can charge for medications to treat serious illnesses (76 percent); and allowing consumers to get prescriptions filled by pharmacies in Canada (72 percent).

"Unlike most things in health policy, there is bipartisan support for almost any action we have polled on that people think will control drug prices," said Drew Altman, president of the foundation, a nonpartisan clearinghouse for information on the health care system. "Even Republicans seem to support aggressive action by government."

Representing the drug companies, the Pharmaceutical Research and Manufacturers of America argues that government price controls would stifle an innovative industry that is delivering cures for life-threatening illnesses and allowing many people with chronic disease to lead productive lives.

But high-priced new drugs, including a $1,000 pill for hepatitis C, have alarmed the public. Insurers, state Medicaid programs and even the Department of Veterans Affairs are complaining about the strain on their budgets. The VA and Medicaid programs are both legally entitled to lower prices.

Generally, insurers and employers are requiring patients to pay a bigger share of the cost of new drugs. At the same time, prices for some of the old generic stand-by medications have soared.

As a result, the drug industry seems to be taking a beating when it comes to public opinion. Only about 4 in 10 in the poll viewed pharmaceutical companies favorably, about the same share that holds a positive opinion of oil companies. Even airlines, the target of consumer complaints about bag fees and on-time performance, were viewed favorably by 55 percent.

As a general proposition, Americans prefer marketplace competition over government regulation to keep drug prices in check, by 51 percent to 40 percent. But the poll found sharp partisan divisions. Seventy-six percent of Republicans prefer competition, while 57 percent of Democrat prefer regulation. Independents are about evenly divided.

"The public is more focused on consumer issues like the price of drugs and out-of-pocket costs than the continuing political battles over the health care law," said Altman. Americans remain divided over the Affordable Care Act, which was viewed favorably by 44 percent, while 41 percent disapproved. Only 28 percent want to see a complete repeal of "Obamacare."

The poll was conducted by telephone Aug. 6-11 among a nationally representative sample of 1,200 adults 18 and older. It has a margin of sampling error of plus or minus 3 percentage points for questions based on the total sample.