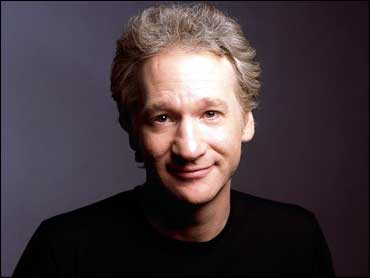 Although the program had suffered declining ratings in recent years, Maher said it would still be on the air if he had not made a remark a week after the Sept. 11 attacks that characterized previous U.S. military actions as "cowardly."

"I cleaned out my office a week later," Maher said in an interview. "We were always in hot water for one thing or another. That was just the straw that broke the camel's back."

ABC, which has suffered network-wide ratings woes, denied ending Maher's show because of the controversy his remark created.

"We have been the cowards, lobbing cruise missiles from 2,000miles away," Maher said on the Sept. 17 show. "That's cowardly. Staying in the airplane when it hits the building, say what you want about it, it's not cowardly."

He later said he meant the actions of U.S. politicians who authorize such long-distance attacks are the ones who are cowardly, not U.S. servicemen. Sponsors FedEx and Sears dropped the show immediately.

"Politically Incorrect" was canceled in May when ABC executives said they would fill its midnight time slot following "Nightline" with a program starring comic Jimmy Kimmel. But it had been destined for cancellation for months, as the network attempted in vain to replace both it and "Nightline" with a David Letterman show.

When Letterman decided to keeps his "Late Show" at CBS, "Nightline" received a two-year reprieve but "Politically Incorrect" was dropped.

After the final "Politically Correct" airs, a second edition of "Nightline" will replace it until Kimmel's show debuts in January.

The program, which debuted on Comedy Central in 1994 and moved to ABC in 1997, featured celebrities and political figures in irreverent debates about politics, religion and popular culture.

It was one of the few unscripted nightly talk shows on television, with Maher's off-the-cuff remarks occasionally provoking anger.

He repeatedly enraged the Catholic League by sarcastically criticizing church tenets and once publicly apologized for comparing the intellect of mentally retarded people to his pet dogs.

Maher declined to discuss his future plans, but said he doesn't regret making the statement he believes cost him his job.

"If I wasn't going to take it back then, and I didn't, I certainly won't now," he said.