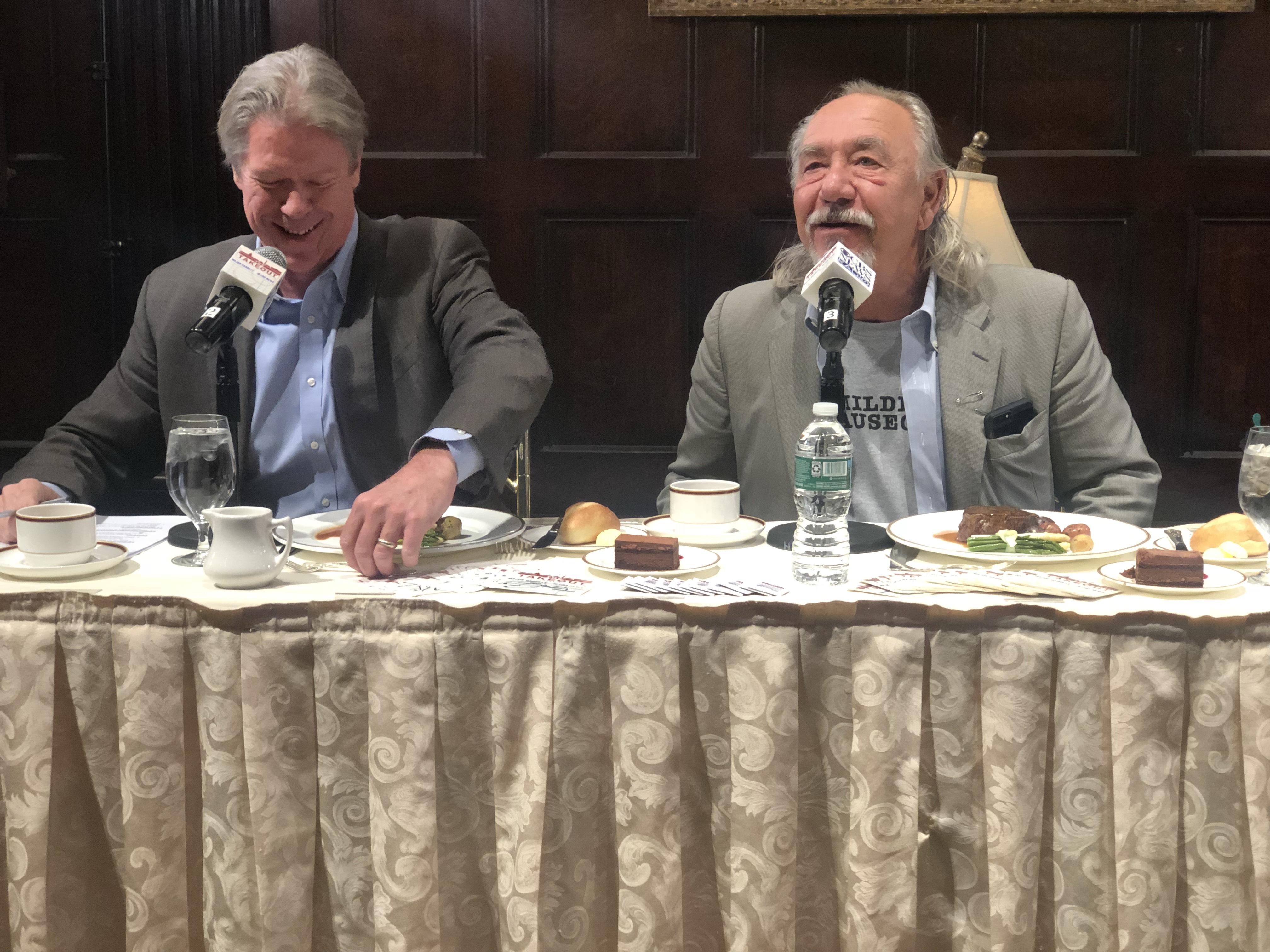 Political satirist Will Durst discussed comedy in the age of President Trump in a special edition of "The Takeout" podcast with CBS News Chief White House Correspondent Major Garrett recorded in front of a live audience. Durst, who has been called by The New York Times "quite possibly the best political satirist" of today, said that people often find a sense of community when laughing about the political climate.

"People need to know they're not alone," said Durst, referring to anti-Trump audiences in particular. "I'm half comedian, half therapist."

Durst is appearing in a New York show that began before the midterm elections earlier this month called "Durst Case Scenario: Midterm Madness," in which he jokes about the state of modern politics. The comedian told Garrett that political comedy is difficult because people have short attention spans. He gave the example of when Mr. Trump accidentally tweeted "covfefe," which was a huge story and now is almost totally forgotten.

"I try to find general themes about what's going on," he said about staying relevant with his comedy.

Durst also looked ahead to the 2020 elections, now that the midterms are behind us. There are expected to be several Democratic candidates vying to become the nominee.

"I expect chaos," Durst said. "It's gonna be good for me. The rest of the country? Not so much."