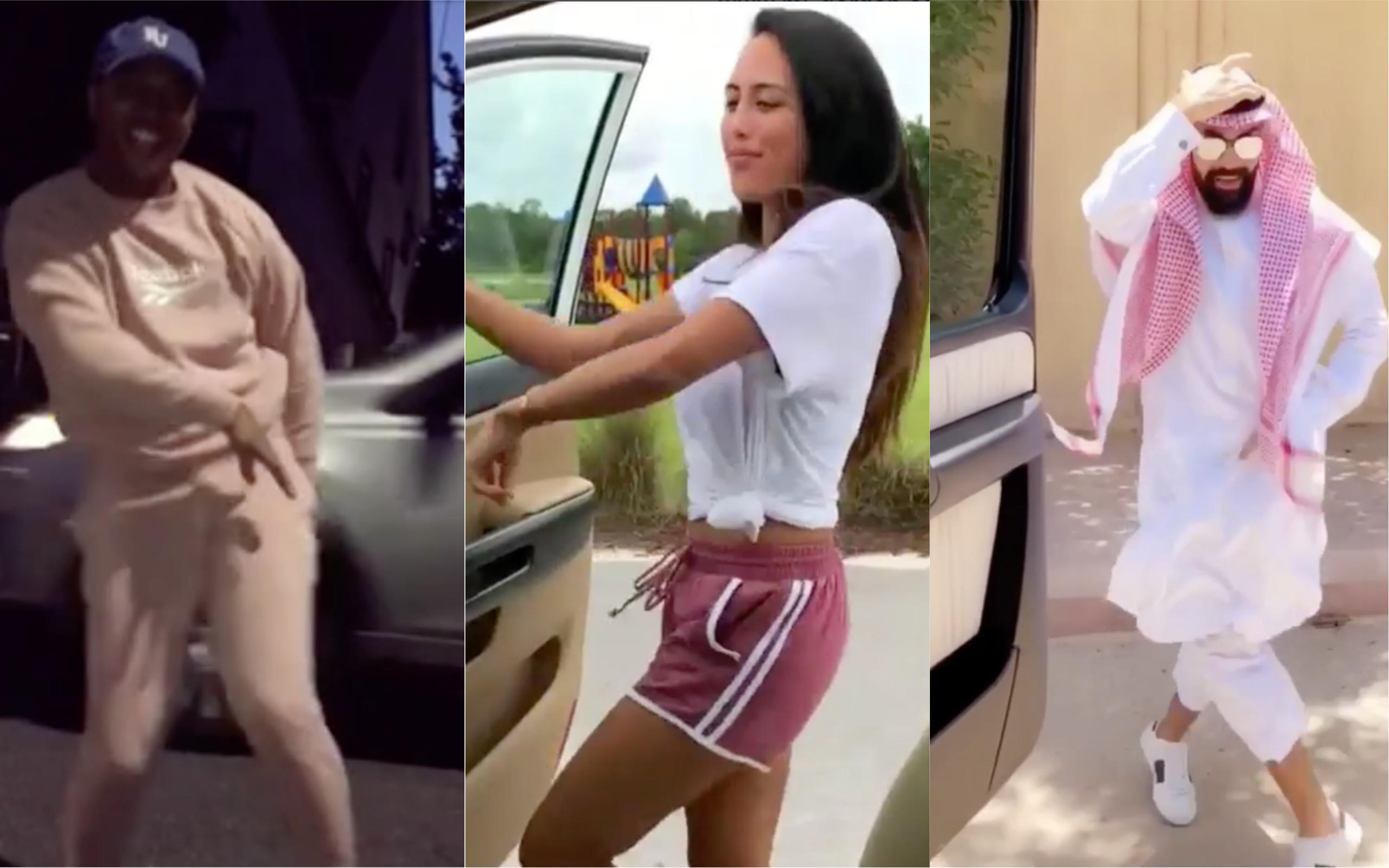 The "In My Feelings" challenge took social media by storm this month, with thousands of people recording themselves dancing to rapper Drake's new hit song. The dance challenge was started by online personality Shiggy, but since then it's escalated to a new, dangerous level, with some people recording themselves jumping out of moving cars to dance.

Police departments and safety officials around the world are warning against the trend, and in some cases reprimanding people who take part in this extreme version of it.

On June 29, Shiggy posted a video to Instagram showing himself dancing in the street to Drake's "In My Feelings." The video went viral, and thousands of people, including celebrities, started filming and posting their own homemade music videos.

Singer Ciara and her husband, NFL star Russell Wilson, shot their video in Cape Town, South Africa. Will Smith did his own "In My Feelings" dance on top of a bridge in Budapest. And that's just a start. A search of the hashtag #InMyFeelingsChallenge on Instagram pulls up over 200,000 posts.

But the challenge soon morphed into something more extreme. Not only are people dancing to "In My Feelings," but they are jumping out of moving cars and busting a move in the middle of a street. People are trying to top others' videos, and are getting hurt in the process.

While some people appeared to successfully hop out of a slow-moving car and dance alongside it, others have been injured trying to replicate the stunt. Some people recorded themselves falling out of the moving car. Others danced alongside their cars on a busy street, running the risk of getting hit by oncoming vehicles. A few have even posted videos of themselves getting hit while dancing in the street.

The challenge has promoted some police departments in the U.S. and worldwide to issue warnings. In Methuen, Massachusetts, Police Chief Joseph Solomon called the challenge "super dangerous" and urged people not to try it, CBS Boston reports.

On Tuesday, the National Transportation Safety Board (NTSB) got into the act and issued a warning against the challenge as well. The NTSB shared a link to its statement via Twitter, saying "We have some thoughts about the #InMyFeelings challenge. #Distraction in any mode is dangerous & can be deadly."

"In transportation, distraction kills. Drivers and operators in all modes of transportation must keep their hands, eyes, and minds focused on operating their vehicle," the warning on NTSB's website says.

In Abu Dhabi, three social media influencers have been arrested for taking part in the challenge, which "endangered their lives, offended public morals and violated the traffic law," Gulf News reports. In Dubai, anyone caught performing what has also become known as the "Kiki challenge" will get 23 black points on their licenses as well as their car impounded for 60 days, according to the Federal Traffic Law, Gulf News reports.

Police in Spain have also issued a warning against the dangerous challenge, AFP reports. The Mossos d'Esquadra police force, in the country's Catalonia region, tweeted that those who partake in the #InMyFeelingsChallenge could face criminal charges.

While many celebrities, like infamous N-Zone dancer Odell Beckham Jr., are dancing in the street, others are participating in the "In My Feelings" challenge safely. NBA star Steph Curry's daughter, Riley, did the challenge while getting out of a car -- but it was a miniature kiddie car in their driveway. And comedian Kevin Hart did the challenge on a stage -- an appropriate place for dancing.