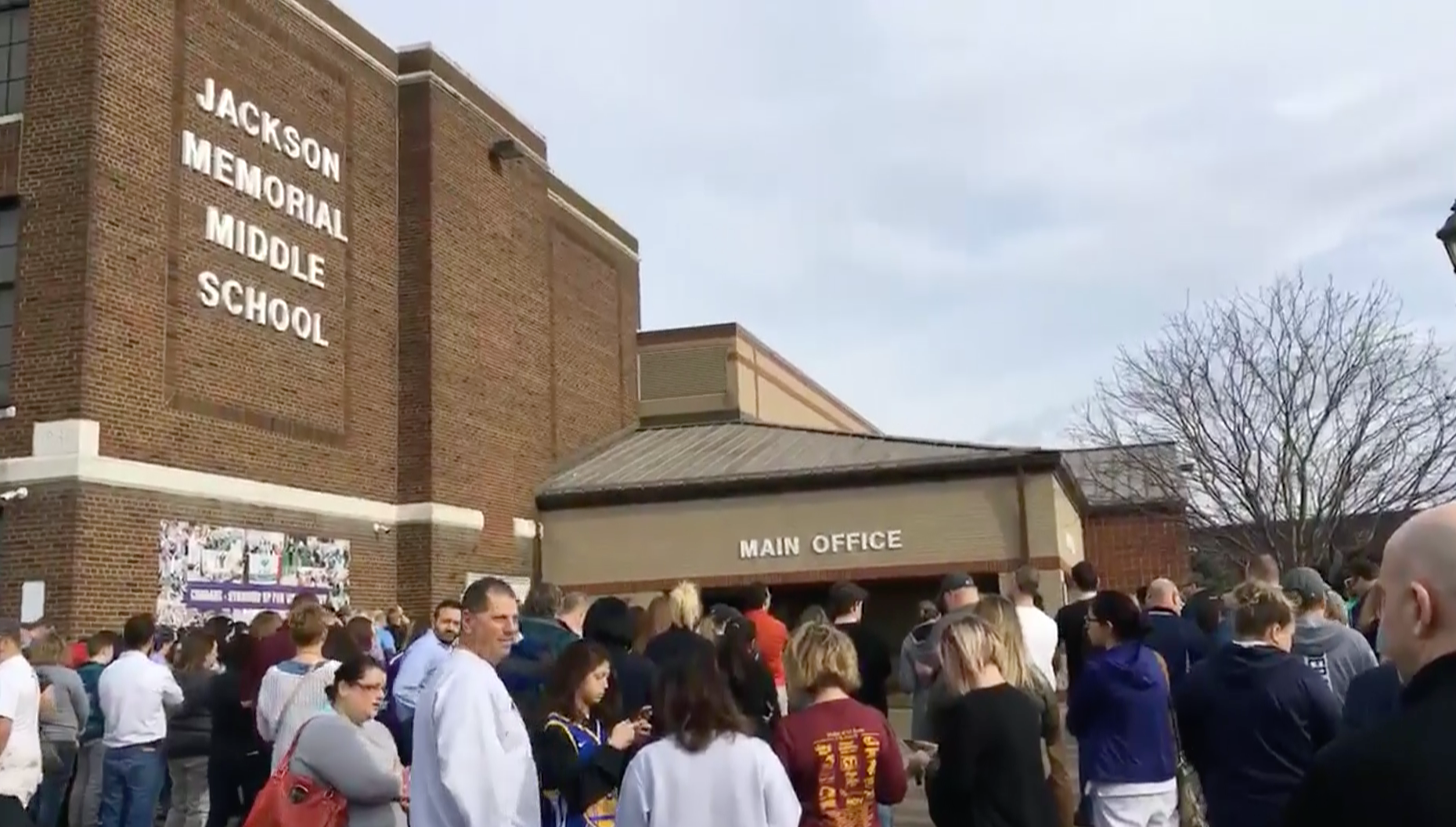 JACKSON TOWNSHIP, Ohio - The death of a 13-year-old from Jackson Township has been ruled a suicide, according to the Summit County Medical Examiner, and police said the teen intended to carry out a school shooting, reports CBS affiliate WOIO.

The teen shot himself in the head with a semiautomatic rifle at Jackson Middle School on the morning of Feb. 20, just six days after 17 people were killed in a shooting at a high school in Parkland, Florida.

According to a news release from Jackson Township Police Chief Mark Brink, notes on the student's phone showed an "admiration" for the Columbine shooters and an eight-step plan of "attack" on his middle school.

Three days before the attack, the teen wrote: "I'll look in to those scared little britches [sic] in the eyes before I kill them…It's going to be fun."

Authorities said the student had 80 rounds of ammunition on him and did not know why he changed his mind about his alleged plans and shot himself.

Two days before the attack, according to the news release, the teen wrote on his phone: "I'm going to die doing it, I hate those people, when they interview my parents and ask how they didn't see the signs they should know it's not them it's me and it's because of how I see the world....I'd hurt and destroy something bigger but my schools an easy target...."

According to the news release, a student leaving the bathroom noticed the 13-year-old had a weapon and alerted faculty.

The boy was taken to Children's Hospital Medical Center of Akron, where he died from his injuries the following day, according to WOIO.

Jackson Township police say the teen put the gun underneath his clothes, took it on the bus to school, and carried it unnoticed onto campus.

WOIO reports that police say the gun came from the teen's mother's house but investigators do not know who legally owns the gun.

Police say the investigation is ongoing but that they do not currently have any evidence that anyone else was aware of the teen's plans.