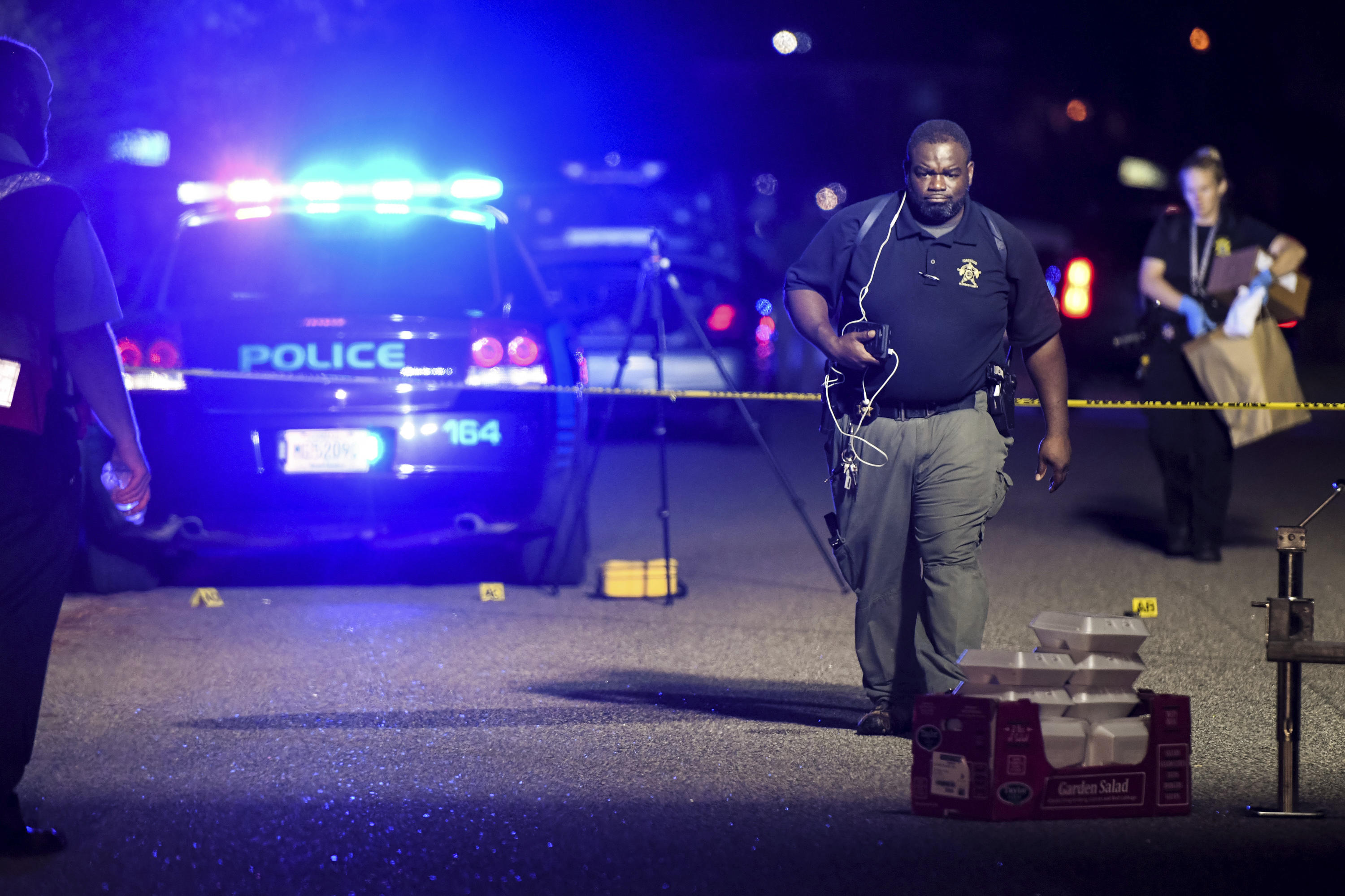 Seven law enforcement officers were shot, one fatally, during a confrontation with a suspect who was holding children hostage in a home Wednesday in Florence, South Carolina. After a 2-hour standoff, the suspect was taken into custody.

During an emotional news conference, officials said they were attempting to serve a warrant when a suspect opened fire from within the residence.

Three deputies were shot and city police responded to the scene. Four additional officers were then wounded, one fatally.

The suspect was barricaded inside with children, according to Major Mike Nunn of the Florence County Sheriff's Department. The suspect is in custody, but details weren't immediately released on how the standoff ended.

Florence Police Chief Allen Heidler said one of his officers was killed during the incident.

"I want you to pray for the family who lost the bravest police officer I have ever known," Heidler said, holding back tears.

The Florence County Coroner's office identified the officer who died as Terrence Carraway, 52. The Associated Press reported that he had just celebrated 30 years on the force of the city of Florence. The coroner's office said Carraway was pronounced dead at a hospital.

Officials haven't released the suspect's identity or condition. The wounded deputies were removed from the scene in a bulletproof vehicle, according to Nunn.

The Florence County Emergency Management Department tweeted earlier that an "active shooting situation" was over and officials urged people to stay away from the area.

President Trump took to Twitter shortly after the evening press conference to say "we are forever grateful for what our law enforcement officers do 24/7/365."

South Carolina Gov. Henry McMaster posted on Twitter that Wednesday's incident is "simply devastating" and called out the "selfless acts of bravery from the men and women in law enforcement."

The Bureau of Alcohol, Tobacco, Firearms and Explosives said special agents are assisting in the incident.

Authorities said the shooting took place in Vintage Place, an upscale neighborhood in the western part of the city. Florence is about 70 miles northwest of Myrtle Beach. The Associated Press reports that it's home to roughly 37,000 people, sitting at the convergence of Interstates 95 and 20. It's the largest region known as the Pee Dee, an area recently affected by heavy river flooding from Hurricane Florence.