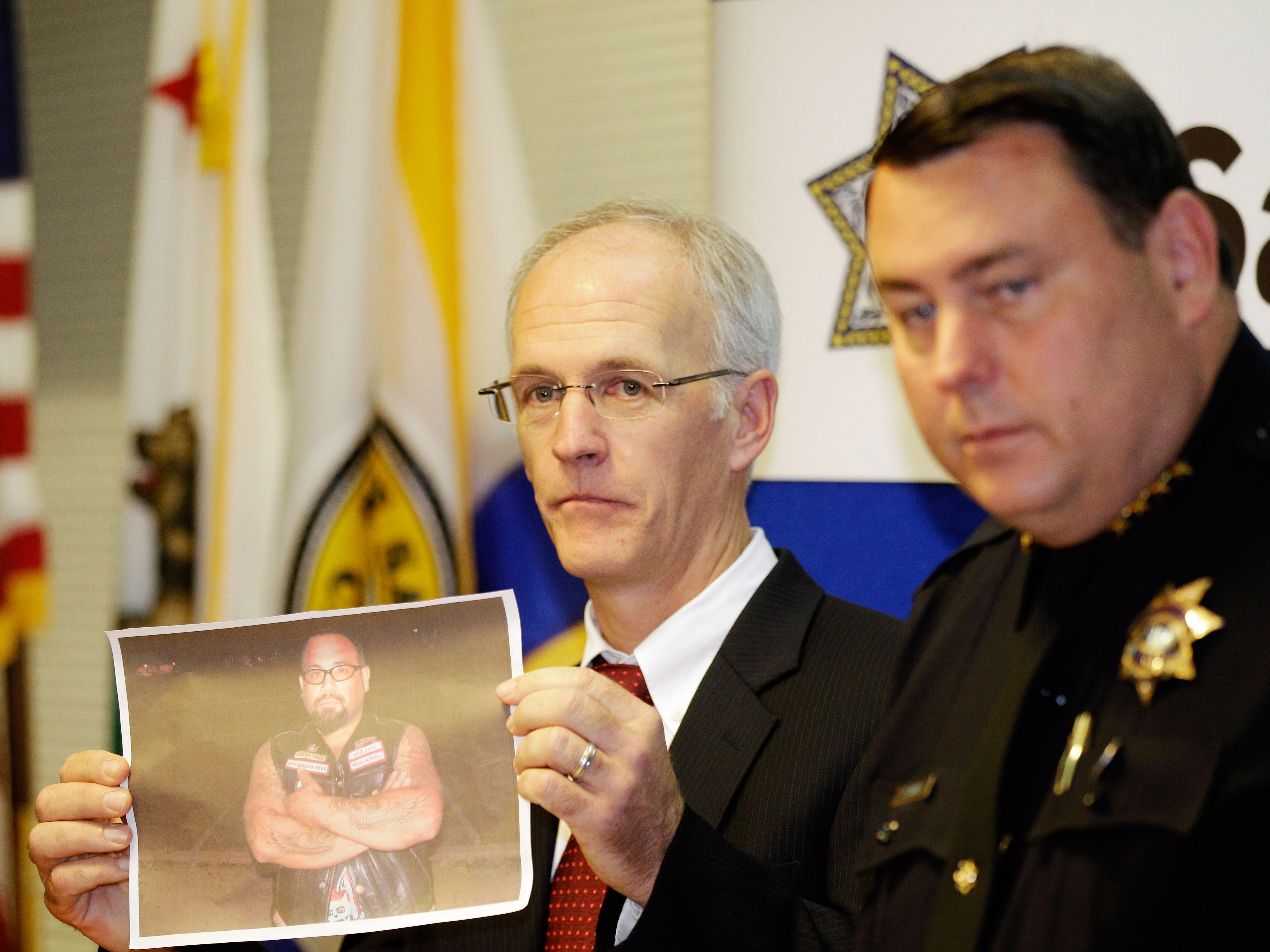 (CBS/KPIX/AP) SAN JOSE, Calif. - Police said Tuesday that a man suspected of fatally shooting Hells Angels member Steven Tausan at a weekend funeral in California may have been kidnapped or killed by fellow members of the motorcycle gang.

San Jose police have identified Steven Ruiz, a member of the Hells Angels' Santa Cruz chapter, as the suspected shooter. Police say the alleged incident took place after a fight broke out at Saturday's funeral for Jeffrey "Jethro" Pettigrew, who had been the president of the gang's San Jose chapter.

Police said Ruiz was fighting with a member of the gang when he was knocked to the ground, reports CBS station KPIX. Tausan apparently became involved and Ruiz allegedly drew a handgun and shot Tausan.

Ruiz and Tausan disappeared from the Oak Hill Memorial Park cemetery shortly after the Saturday afternoon shooting, which sent thousands of mourners fleeing in panic.

Tausan was taken by a private vehicle to a nearby hospital, where he was pronounced dead. Witnesses say they saw Ruiz bundled into a car and driven away from the cemetery, but police haven't been able to locate him and his Harley Davidson motorcycle was left behind hours after the last mourner left the cemetery, San Jose police spokesman Jose Garcia said.

Garcia says that police, fearing quick justice among bikers, dug up Pettigrew's grave in search of Ruiz's body and other evidence, but found nothing. Police felt it necessary to search the grave because Hells Angels members, relatives and other poured dirt over the casket rather than the cemetery staff, which is the usual custom, Garcia said.

The investigation was further hindered by tampering with the crime scene, police said. The area had been scrubbed clean of blood and no bullet casings were found. Garcia says the crime scene had been washed down with water.

Authorities named Ruiz a suspect on Tuesday and said they would continue searching for him.

Pettigrew was shot and killed last month during a brawl with a rival biker gang at a Nevada casino.