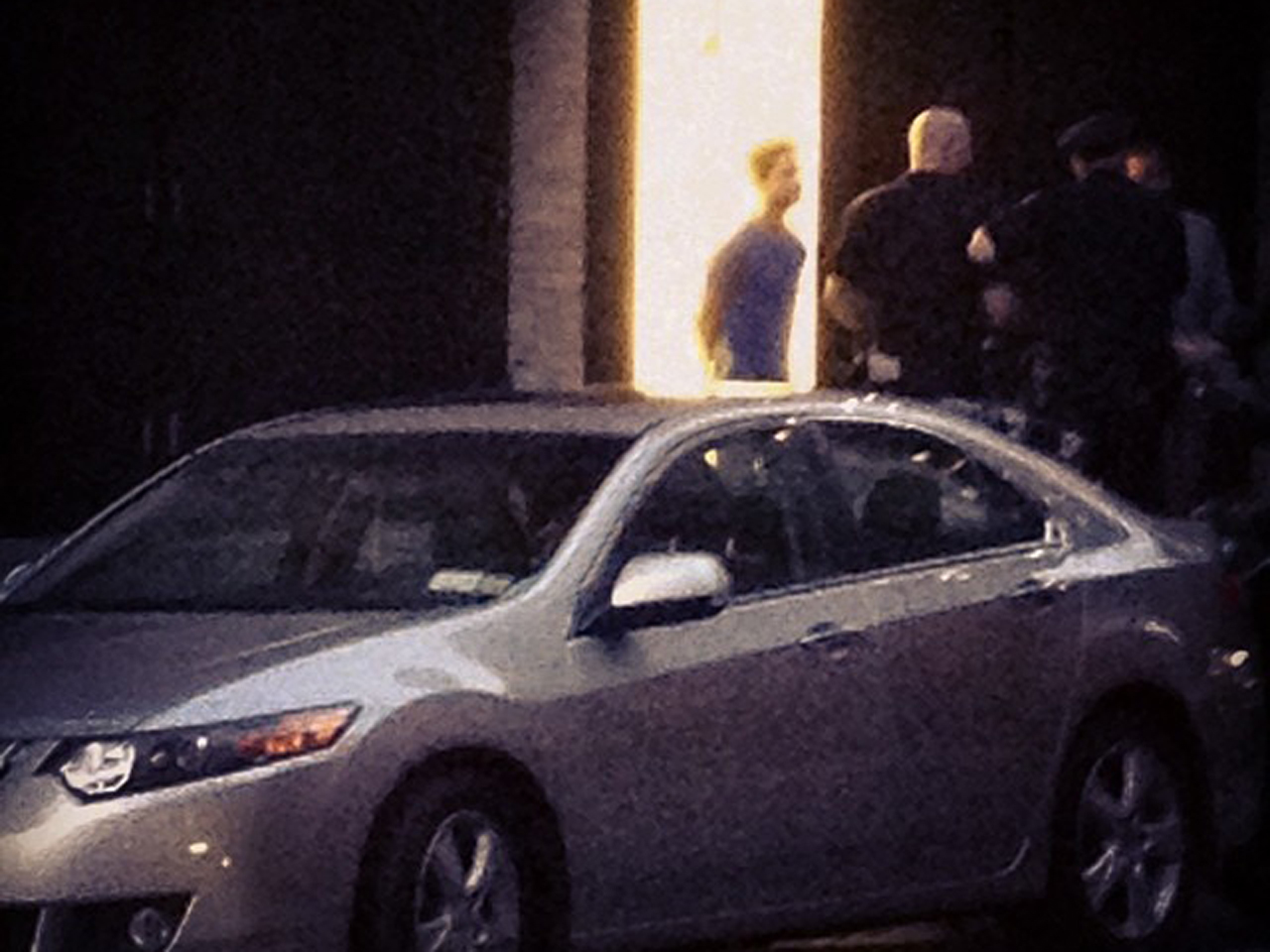 NEW YORK -- Actor Shia LaBeouf was escorted out of a New York City theater and arrested Thursday night for allegedly being disorderly and causing a disruption, police said.

It happened at Studio 54 in Manhattan during a performance of the Broadway show "Cabaret."

A spokesman for the show says LaBeouf was "disruptive during Act One" and was escorted out of the theater during intermission.

The 28-year-old former star of the "Transformers" franchise was charged with disorderly conduct and criminal trespass, police said.

They told CBS New York LaBeouf was smoking in the theater and refused to stop.

He was in police custody and can't be reached for comment. A message seeking comment from a representative for him hasn't been returned.

Police are continuing to investigate what happened.

LaBeouf was shown from the theater by police after refusing to leave when security guards asked him to, the Reuters news agency quotes NYPD spokesman George Tsourovakas as saying.

The station says LaBeouf had been cast in "Orphans" with Alec Baldwin last year, but a creative dustup between them led to LaBeouf's leaving the production before it opened. Ben Foster went on to replace LaBeouf in "Orphans," which closed in May of last year.

LaBeouf has also faced previous legal trouble for an assortment of incidents over the past decade, CBS New York notes. The incidents included an arrest for allegedly refusing to leave a Chicago Walgreens drugstore in 2007 - for which charges were later dropped - and a drunken driving arrest following a car crash in Los Angeles the following year.

LaBeouf was also taken into custody, but not charged, following a 2011 a fight with a patron at a Sherman Oaks, Los Angeles bar, in which he was reportedly punched in the face.

Last year, LaBeouf was accused of plagiarizing his short film "Howard Cantour." He apologized via a series of tweets that critics said appeared to be lifted from other famous apologies.

This past January, LaBeouf made headlines for walking out of a news conference at the Berlin Film Festival, and later appearing with a bag over his head reading "I am not famous anymore."

LaBeouf's other films include "Indiana Jones and the Kingdom of the Crystal Skull," ''Disturbia" and "Wall Street Never Sleeps."