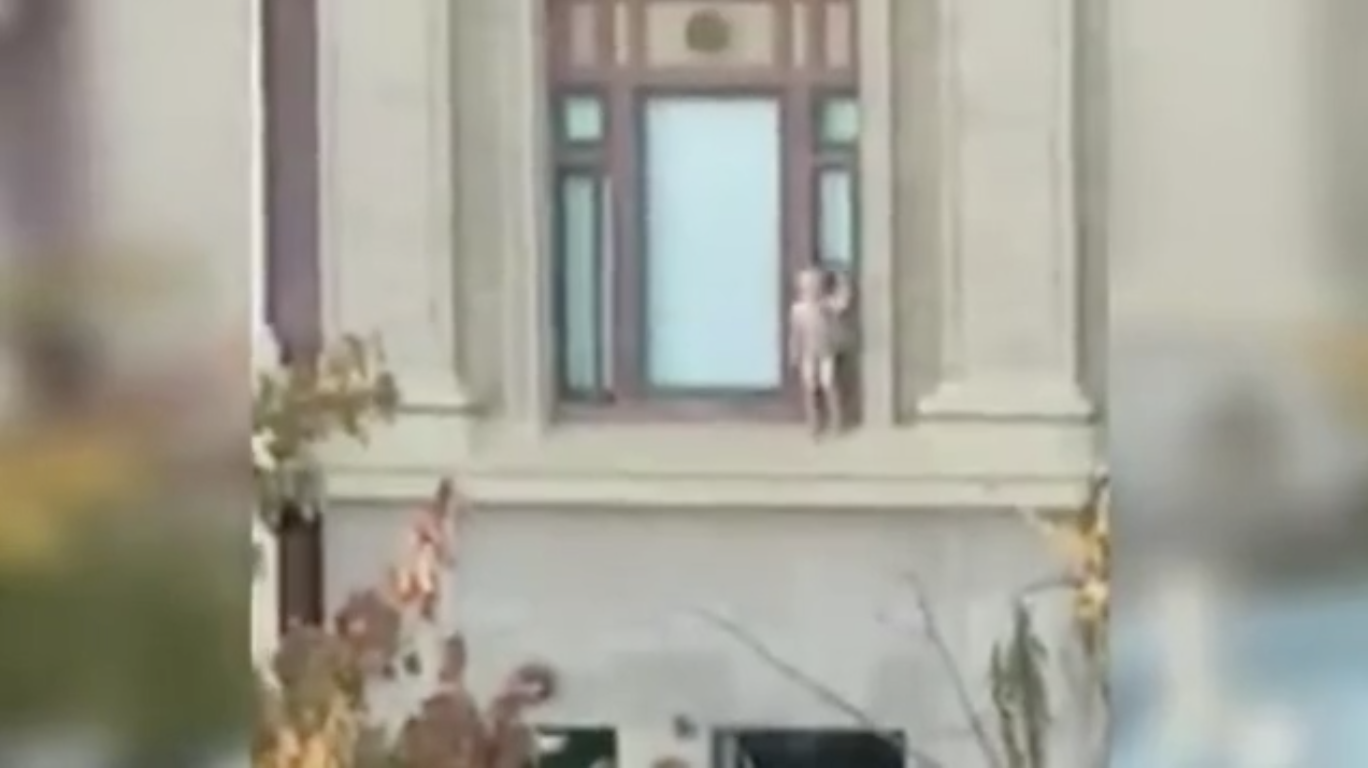 Police in Vallejo, California, admitted they made a "some mistakes" in their response to reports of two toddlers standing on a second story ledge on Tuesday evening. Marianne Kearney-Brown was in her office when she looked outside and spotted the children on a window ledge at a nearby loft. Brown immediately started filming and urgently called 911.

She said the dispatcher did not appear to have the same urgency as she did. "It seemed like help wasn't going to be on the way," Kearney-Brown told CBS News' San Francisco affiliate, KPIX.

Kearny-Brown's video shows a small boy in a diaper outside of the second-story window. "Oh my God! Oh my God. Where are the police?" Kearney-Brown is heard saying in the video.

She watched the kids for ten minutes, and the police officers still did not show up.

Kearney-Brown said she was so concerned, she raced out of her office building. She went over the the building where the child was. Kearney-Brown called the Vallejo Police Department again and was told there were no patrol cars available.

"I was just kind of stunned," Kearney-Brown said. "Something terrible could've happened."

Minutes later, a fire truck arrived. Kearney-Brown said the fire department only showed up because a witness on the scene called her husband, who drove to a fire station and asked in person that they respond to the incident. By the time the fire truck arrived on scene, the children had gone back inside through the window.

Vallejo police arrived at 7:30 p.m. -- 30 minutes after Kearney-Brown first called, KPIX reports. "They said they were in the middle of a robbery or whatever," Kearney-Brown said.

KPIX reached out to the Vallejo Police department for a comment on Wednesday, and they admitted to the mistake.

"It appears the call was not prioritized. This type of call warrants an immediate response. We made some mistakes and we're going to fix it to make sure it doesn't happen again," Vallejo Police Lt. Jason Potts said. Police said they have reached out to the parents of the toddlers and are investigating the incident.