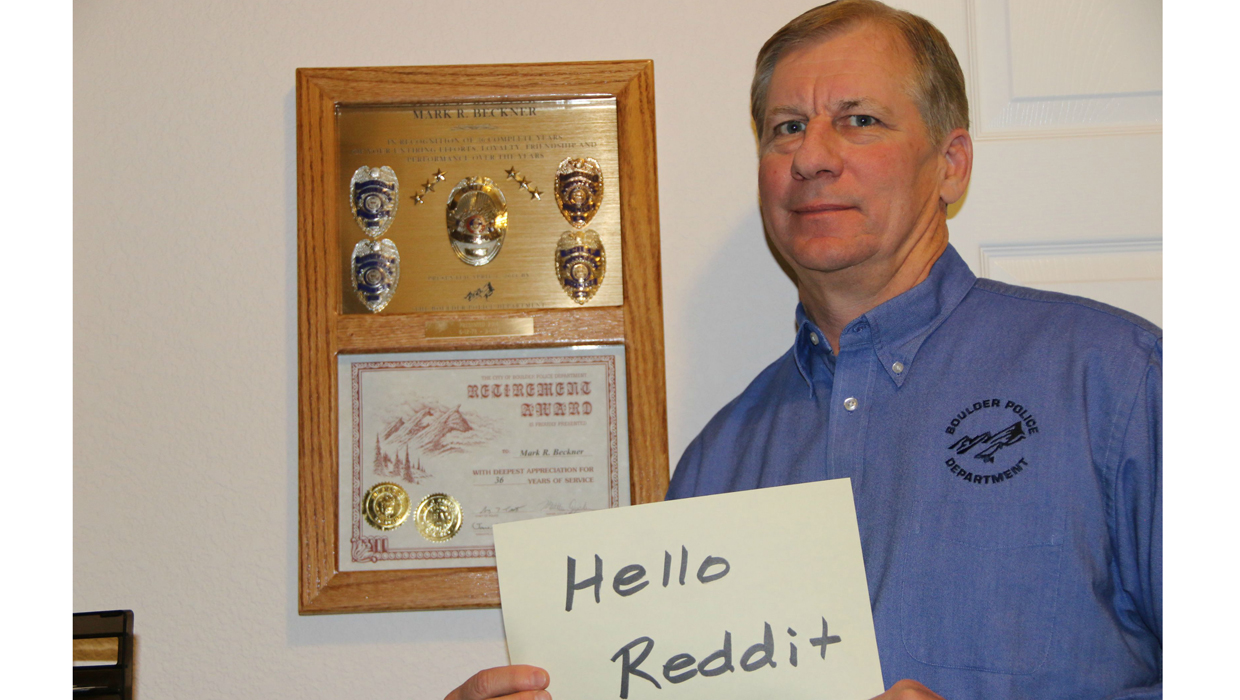 BOULDER, Colo - Former Boulder, Colorado police Chief Mark Beckner participated in an "Ask Me Anything" session on the social-networking/news site Reddit where he spoke about the JonBenet Ramsey case, but now the former law enforcement head says he regrets it and that he didn't realize his comments would filter out to the rest of the world.

"I talked to the organizer and my impression was that this was a members-only type group that talked about unsolved mysteries all around the world," Becker said in an interview published Tuesday in the Boulder Daily Camera. The Q&A took place Saturday.

"I didn't know it was an open-architecture type thing, or I wouldn't have done it," he added. "It was a misunderstanding and naivete on my part."

The 59-year-old Beckner, who retired in April 2014 and who has mostly remained tight-lipped when it comes to discussing the investigation into the murder of 6-year-old JonBenet Ramsey, spoke relatively freely during his online Q&A and said and he believes no one will ever be convicted in the pageant girl's long-unsolved 1996 murder.

Beckner also commented on authorities' handling of the case, saying, "I wish we would have done a much better job of securing and controlling the crime scene on day one. We also should have separated John and Patsy [JonBenet's parents] and gotten full statements from them that day. Letting them go was a big mistake, as they soon lawyered up and we did not get to formally interview them again until May of 1997, five months after their daughter was murdered."

He said the police department was short staffed on the day of the murder due to the Christmas holiday and said there was confusion at the scene because of lack of law enforcement personnel. He also acknowledged the Ramseys' "position" in the community could have influenced the initial handling the case.

Beckner also criticized the Boulder District Attorney's office, then led by Alex Hunter, for getting too involved in the case.

Six-year-old JonBenet was found bludgeoned and strangled December 26, 1996 in the basement of her Boulder, Colo. home several hours after her mother, Patsy Ramsey, called 911 to say her daughter was missing and that a ransom note had been left behind.

No charges have ever been filed in the case, despite a grand jury having voted in 1999 to charge the child's parents in connection with her death. At the time, D.A. Hunter declined to sign the indictment, saying there was insufficient evidence to prove the charges at trial. The grand jury's decision was not made public until 2013.

Both Patsy and John Ramsey have always maintained their innocence. Patsy Ramsey died in 2006 of cancer. In 2008, former Boulder County District Attorney Mary Lacy said that DNA evidence suggests the killer was a stranger, not a family member, and publicly exonerated the Ramseys.

During the Reddit Q&A, former police Chief Beckner said the Colorado Bureau of Investigation opined the DNA found on JonBenet's clothing was likely sweat or saliva, but that it's difficult to say for sure since it was such a small amount.

On whether there might have been an intruder on the night of the murder, Beckner said, "Most investigators do not believe there was a legitimate point of entry. It is unknown how an intruder may have gotten in."

When asked Tuesday whether he regretted anything he said on Reddit, Beckner told the Daily Camera that he tried to be honest and fair.

"I think the only thing I would emphasize is that the unknown DNA [from JonBenet's clothing] is very important. And I'm not involved any more, but that has got to be the focus of the investigation. In my opinion, at this point, that's your suspect."

Beckner, however, noted on Reddit that the case is "not actively being worked on."

But Kim Kobel, a spokesperson for the The Boulder Police Department, told 48 Hours' Crimesider on Wednesday that while the investigation is not active, it is still an open homicide investigation.

"We still do receive leads and we look into every single lead we receive," she said.

Kobel added that the Boulder Police Department was not aware ahead of time that the Reddit Q&A was going to take place and said they instead found out online via other news articles.

Current Boulder Police Chief Greg Testa told Crimesider Beckner has reached out to the department since the Reddit Q&A. Testa said he understands why Beckner participated in the online chat, saying it came to him through his current position as an online teacher at Norwich University in Vermont.

"Mark [Beckner] wouldn't have done anything to compromise the investigation," Testa said.