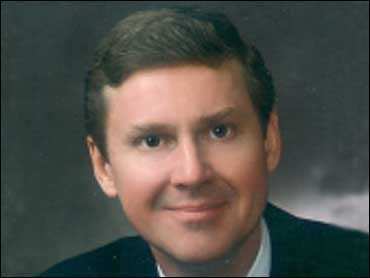 A police chief said detectives investigating a bombing that severely wounded a state medical-board official were at "a dead end" Friday as they waited for lab results, a chance to talk to the victim and for anyone who saw the attacker to come forward.

West Memphis police made a televised appeal for neighbors to say if they saw anyone in front of Dr. Trent Pierce's home between 7 p.m. Tuesday and 8 a.m. Wednesday — the time the bomb exploded.

West Memphis police Chief Robert Paudert said no witnesses have come forward with information about who entered Pierce's driveway to plant the bomb.

"We've got no information yet from anybody who saw anything," Paudert told The Associated Press. "We're at a dead end right now."

Austin Banks, a senior special agent with the U.S. Bureau of Alcohol, Tobacco, Firearms and Explosives, declined to agree with Paudert's assessment, while acknowledging the importance of finding any witness who may have seen the bomber.

Pierce, chairman of the Arkansas State Medical Board, underwent surgery Friday afternoon to repair a broken wrist and leg, and received skin grafts, said family friend Scott Ferguson, a physician himself. An oxygen tube in Pierce's throat makes it impossible for him to speak, though he tilted his head up and down in response to family questions, Ferguson said.

Pierce, 54, lost his left eye and suffered burns and shrapnel wounds in the explosion in front of his West Memphis home. Ferguson said the doctor likely will undergo more skin graft treatments, but all major medical procedures appeared to be completed.

"We're not saying this is the end of it, but we've certainly gotten by the big stuff," he said.

Meanwhile, investigators continued to interview witnesses and examine evidence. An ATF laboratory in Atlanta is testing evidence gathered from where the bomb detonated.

"We know it was a high explosive," Banks said. "As to particulars, that's something the lab will have to determine after running various tests."

Banks has described the bomb as homemade, not manufactured dynamite or a military-style explosive.

ATF agents and Arkansas State Police investigators continued to examine the medical board's disciplinary records, paying close attention to its split decisions. As a habit, Pierce cast a deciding vote only when the board's 12 other members couldn't resolve cases. The board regulates more than 8,000 doctors, 3,000 therapists and nearly 400 osteopaths.

Bill Sadler, a state police spokesman, said investigators were looking over the board's past and future agenda items.

Detectives are specifically looking at items "where there has been some veiled threat or some unknown threat that maybe no one knew about at the time," Sadler said Friday. He declined to comment further.

Pierce, who is married and has two grown children, was appointed to the state Medical Board in January 1997 and reappointed in 2005 by then-Gov. Mike Huckabee.

Pierce, a family physician, typically saw around 80 patients a day at his practice in West Memphis, just across the Mississippi River from Memphis, Tenn. Though Pierce won't return to his office for months, Ferguson said doctors from 22 states across the country have volunteered to take over his caseload until he returns.

"I think that's tremendous of the medical community," Ferguson said.