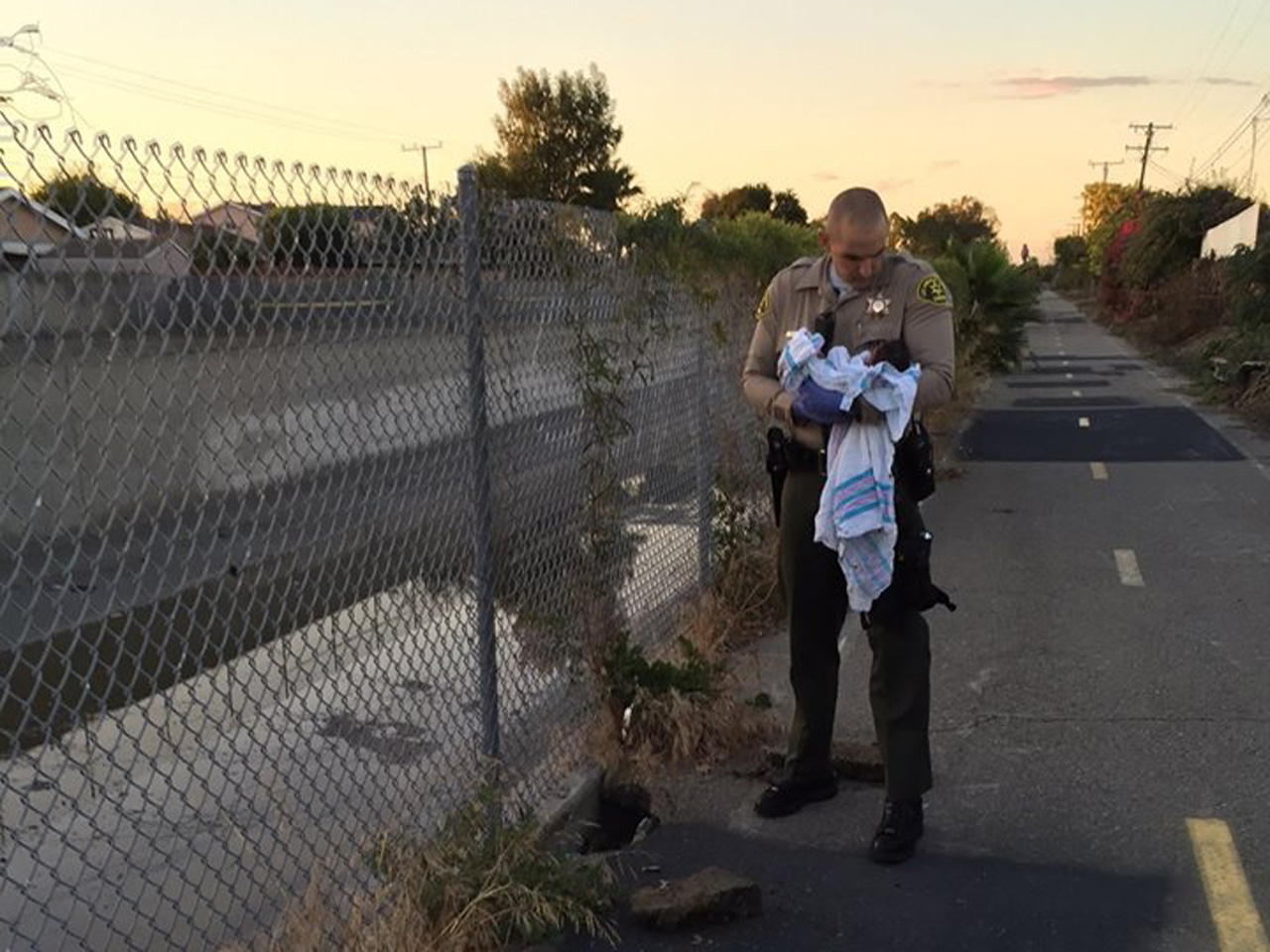 LOS ANGELES -- Authorities have arrested the mother of a baby who was buried alive near a Southern California bike path.

Boese said tips from the public and media coverage of the baby's rescue led to the arrest.

Around 4 p.m. on Nov. 27, deputies were sent to an area between 136th Street and Slater Avenue in Compton, Los Angeles, for reports of a baby crying in the riverbed, according to Los Angeles County Sheriff's Department Sgt. Marvin Jaramilla.

Upon their arrival, authorities heard a "baby's muffled cry" and located the infant buried alive under pieces of asphalt and rubble. A deputy rescued the infant from inside a crevice located along the bike path.

"The baby was wrapped in a blanket and cold to the touch," said Jaramilla in a statement.

Evangelina McCrary and her sister Angelica Blount were out for their daily walk along the riverbed in Compton when they heard a strange noise.

Evangelina was shaken by the sound.

"It made me really sad to hear the baby's wails," said McCrary.

The girl was believed to be 24 to 36 hours old when she was found.

She was taken to a hospital in stable condition.