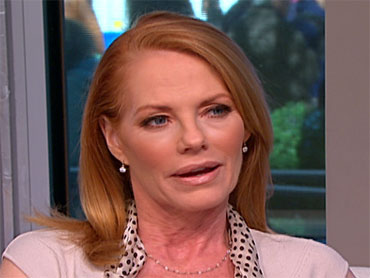 Waldy Malouf is the chef and co-owner of the Beacon restaurant in New York City. He is well-known in the food world for his work at some of New York's finest restaurants, including the Four Seasons and the Rainbow Room. His first cookbook, "The Hudson River Valley Cookbook," was nominated for an IACP/Julia Child Cookbook Award.

Over the years, Malouf has garnered a distinguished reputation for establishing an excellent rapport with his teams of chefs, and is viewed as a mentor by many in the industry. He has developed and nurtured long-term, deeply felt relationships with local farmers and growers.

His latest cookbook came out in the summer of 2003. The book is titled, "High Heat." He wanted to share with home cooks the idea that it's easy to achieve great flavor when using open-flame grilling and hot oven cooking. This cookbook will show home cooks how to prepare things both indoors and out. He believes people need to rely on high heat to bring out the most delicious and fundamental flavors of any food - caramelizing the natural sugars and turning the foods golden brown.

The first course is polenta. It is the Italian version of cornmeal mush. Coarsely ground yellow cornmeal is cooked with stock or water and flavored with onions, garlic, and cheese. Polenta may be eaten fresh out of the pot, as a perfect accompaniment to stews. Polenta may also be poured into a greased pan and allowed to set. You can then slice it, sauté it and top it off with cheese or tomato sauce. This recipe is topped off with sautéed broccoli rabe and cheese.

Broccoli rabe (pronounced broccoli robb) is a leafy green vegetable that is frequently eaten in southern Italy and has become popular in the United States. The vegetable has a slightly bitter taste and is frequently steamed or lightly sauteed in olive oil. The broccoli rabe flower looks similar to the broccoli florets. Despite the name, this plant is not a type of broccoli, but is in the same brassica family.

Blue cheese has been treated with molds that form the blue or green veins that give it its characteristic flavor. All blue cheeses smell strong but some varieties actually are quite mild.