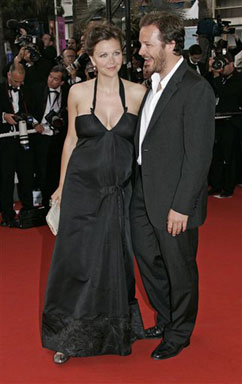 Sony tried to stop them, but the latest ruling from a Federal Appeals Court, has given Connectix the right to sell software called Virtual GameStation. It lets you play many popular PlayStation games on a Mac G3 or G4. A PC version of the software is in the works from Connectix, but there's already one on the market from an outfit called bleem! That's b-l-e-e-m, where Sean Kauppinen says Sony may not be happy, but it deserves a lot of credit for creating the enormously popular game platform…

"If it wasn't for Sony, and we really need to say this, we wouldn't have the vast library of games to really go into and try and enhance them and make them look really great on the PC and bring this to the people."

And because you're playing on a computer monitor instead of a TV, the games are even better….

"Normal resolution on a TV is 320 by 240 interlaced video. When you bring that up to a PC monitor you definitely have a lot more pixels on the screen and the ability to bring the resolution up a lot higher. We've gotten resolutions of 1152 by 870."

Let's just say you'll see a big difference. The one drawback is, many PlayStation games have not been tested and may not work with the bleem! software. You'll find a list online at bleem.com. The price…under thirty dollars.