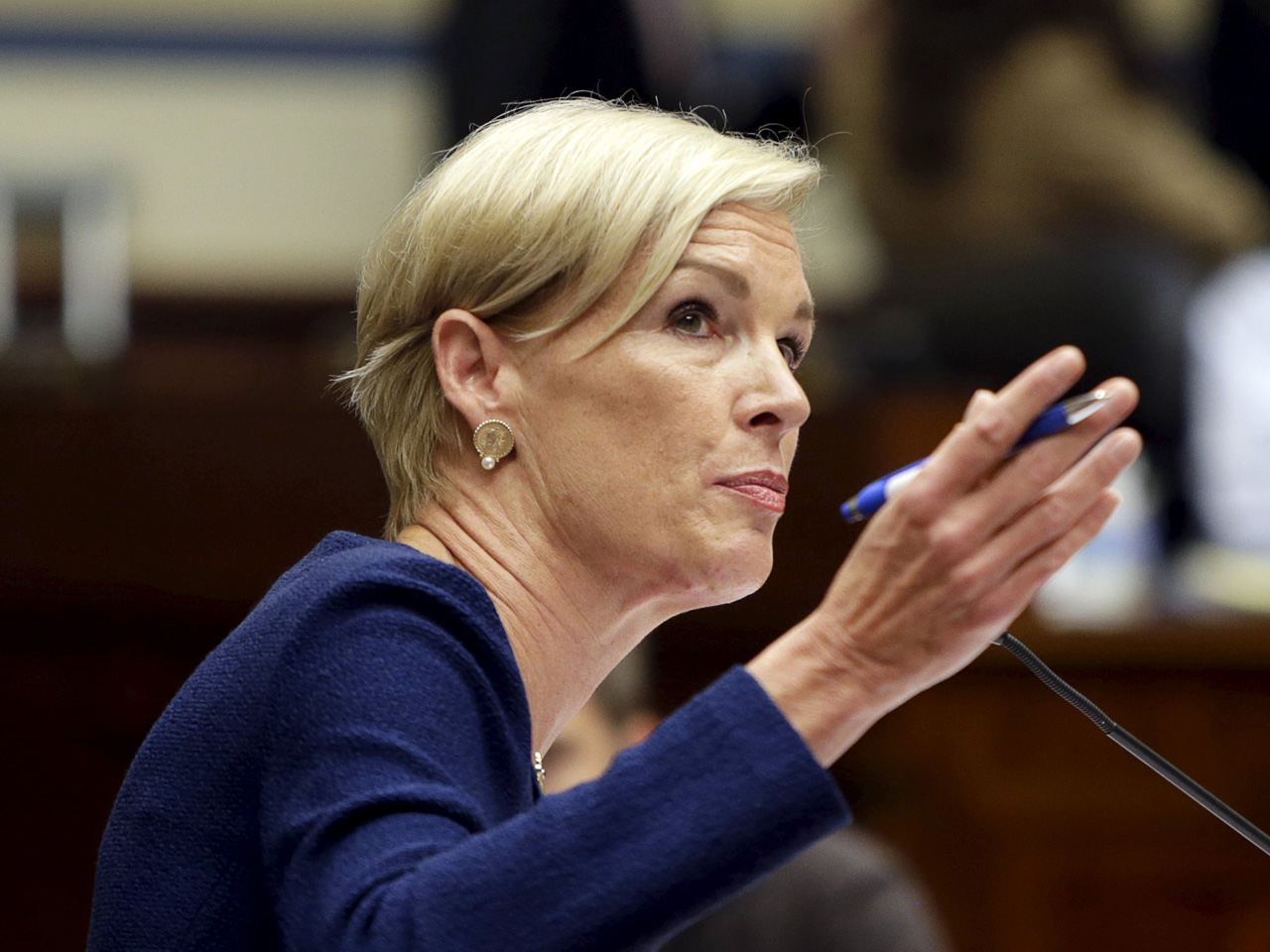 WASHINGTON -- Republicans accused Planned Parenthood on Tuesday of spending millions of dollars on political activities, travel and lavish salaries, as the GOP tried to build a case for terminating the group's federal money after a series of surreptitiously recorded videos.

At a congressional hearing Tuesday, Rep. Jason Chaffetz, R.-Utah, railed against the organization and Richards for what he called "exorbitant" spending for salaries, travel, parties and lobbying.

Firing back, Cecile Richards, Planned Parenthood's president, said taxpayer money is used to provide sexual disease testing, contraceptives and other health care for women and said none of it is used for political activity. And she said videos released this summer showing Planned Parenthood officials discussing their provision of fetal tissue to medical researchers have prompted increased threats against clinics.

"These acts against women and health care providers don't reflect American values or the rule of law, and I hope this committee will condemn them," she told the House Oversight and Government Reform Committee.

This was Richards' first congressional appearance since being embarrassed by surreptitiously recorded videos, Richards said she was "proud" of its provision of fetal tissue for research, but also sought to minimize the organ donations as a small part of its work.

Chaffetz told Richards that the committee had found that Planned Parenthood had given $22 million over the last five years to the Planned Parenthood Action Fund, its political arm. He also lashed out at the group for spending $5 million on travel in 2013, and confronted Richards about her salary, referring to documents saying she made $590,000 a year. Richards corrected him and stated that her compensation is actually $520,000.

Richards also said that none of the money going to the organization's political arm comes from federal taxpayers. Chaffetz disagreed. "That has absolutely nothing to do with young women who need a breast exam," said Chaffetz. "It's a political organization."

Near the end of their testy back-and-forth, Chaffetz showed a slide that he said was from Planned Parenthood's annual report, showing a dramatic increase in abortions and a reduction in breast exams by the organization. Richards said she'd never seen the slide, and then a colleague whispered to her it was actually created by Americans United for Life.

"I would check your source," Richards told Chaffetz.

Democrats defended Richards and Planned Parenthood, and some said they were appalled that she was being targeted for her salary.

Several Republicans also asked about mammograms, which are Planned Parenthood does not perform. The organization performs level 1 breast care screenings and provides referrals to radiological clinics that perform mammograms.

The videos have made cutting Planned Parenthood's federal money a top-tier priority for Republicans and conservatives.

Richards condemned the undercover videos, saying, "The latest smear campaign is based on efforts by our opponents to entrap our doctors and clinicians into breaking the law, and once again, our opponents failed."

Trying to take the offensive, she also criticized the Republicans who control Congress for not investigating David Daleiden and the other anti-abortion activists who made the recordings. Daleiden obtained them after posing as an executive of a phony firm that buys fetal tissue for scientists.

"It is clear that they acted fraudulently and unethically -- and perhaps illegally," Richards said in remarks prepared for her appearance Tuesday before the House Oversight and Government Reform Committee. "Yet it is Planned Parenthood, not Mr. Daleiden, that is currently subject to four separate congressional investigations."

In her written remarks to lawmakers, Richards said just 1 percent of Planned Parenthood's nearly 700 clinics obtain fetal tissue for researchers seeking disease cures. She said that work is a "minuscule" part of her organization's services, which include testing for sexually transmitted infections and the provision of contraception and abortions.

"Planned Parenthood is proud of its limited role in supporting fetal tissue research," she said.

The videos - 10 have been released so far - capture Planned Parenthood officials casually describing how they sometimes obtain tissue from aborted fetuses for researchers.

Tuesday's appearance before lawmakers by Richards marked a pinnacle in a sharply partisan struggle that has helped elevate abortion to one of the year's top political issues.

Several Republican presidential hopefuls have condemned Planned Parenthood for the procedures and and conservatives have demanded that Congress cut the group's federal payments. Though Republicans lack the votes to accomplish this, it indirectly contributed to the GOP unrest that prompted House Speaker John Boehner, R-Ohio, to announce his resignation last week.

On Monday, the Senate voted 77 to 19 to end debate on a bill to fund the government through mid-December, taking the first steps toward averting a shutdown when the current funding runs out Wednesday night. Some Congressional Republicans have said they would rather shut down the government than keep government money flowing to Planned Parenthood.

The organization receives about a third of its $1.3 billion annual budget, around $450 million, from federal coffers, chiefly reimbursements for treating Medicaid's low-income patients. Virtually no federal dollars can be used for abortions.

The bill would also keep a promise made during this spring's budget debate to repeal key elements of Mr. Obama's signature health care law. Panel votes are expected Tuesday and Wednesday.

Four congressional committees are investigating Planned Parenthood. Boehner has said he will also appoint a special committee to probe the group.

Planned Parenthood has defended itself with newspaper ads, petition campaigns and lawsuits against state efforts to curb its funding. On Tuesday, volunteers and supporters scheduled events in nearly 90 cities and planned to give lawmakers more than 2 million signatures on "I Stand With Planned Parenthood" petitions.