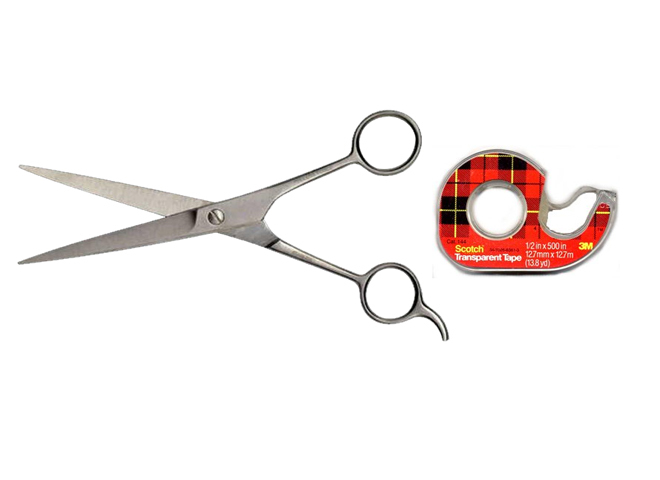 (CBS News) "In your own words" is an admonition students hear a lot in school. But as long as people have been writing, there have been plagiarists, too. Some take their offense to an art form, only stopping after they get caught. We asked Lee Cowan to put the topic of Plagiarism in HIS own words, for our Sunday Morning Cover Story:

"His step had an unusual silence to it. It was late morning in October. ..." Those are tempting words to begin MY story about the man you're looking at - they fit perfectly - but they aren't MY words, they're HIS.

Quentin Rowan penned them to open his very first novel, "Assassin of Secrets," a spy thriller published under a pseudonym last year.

Problem was, those first few words were about the only ones he didn't steal.

"There are stretches that go for maybe 10-15 pages, where the only thing changed are the names," he said.

Have a story idea for "Sunday Morning”?

Pick a page, almost any page, and you'll find it a carbon copy of someone else's work - an astonishing mash-up of as many as 20 different books (many of them James Bond novels) all rolled into one.

Book A: "The first move was to lose himself in the swelling throng."

Book B: "The first move was to lose himself in the swelling throng. "

"I mean, it seems like a massive word puzzle, sort of," said Cowan.

"Yeah, well, I was, it felt sort of like making a collage."

The tale of Quentin Rowan's literary tailspin began with the best of intentions. He started writing poetry as a teenager. He was good. His work was even chosen for an anthology - "Best American Poetry" - in 1996.

Back then, his words were proudly his.

But soon, like a dangling participle, self-doubt was creeping into his writing. So he began replacing his words, with smarter ones he found in S.A.T. prep books.

"When did it switch from replacing words to then replacing phrases to replacing sentences to paragraphs?" asked Cowan.

"It was a slow progression," he said. "At a certain point, I started thinking I wanted to write stories, to write fiction, and that's really when I started stealing sentences and paragraphs and stuff."

He did that - successfully - for 15 years. The young, seemingly hotshot writer even fooled the highly respected Paris Review, which published not one, but two of his stories - both with portions lifted from other authors.

So did he sense, as he was doing it, that it was wrong? "Oh yeah," Quentin said. "Even when I was just taking words from poems, I already felt like I was a criminal, you know?"

Accusations of plagiarism have plagued writers for centuries. Shakespeare was accused of it; so was Oscar Wilde.

The Beatles' George Harrison was sued for lifting the melody of "My Sweet Lord" from the Chiffons song, "He's So Fine."

Ray Parker Jr, who wrote the "Ghostbusters" theme, was taken to court by Huey Lewis for allegedly ripping off "I Want a New Drug."

Ed Wasserman, a columnist and journalism ethics professor as Washington and Lee University in Lexington, Va., says the Internet makes it both easier to plagiarize, and easier to get caught.

"There appears to be more of this," he said. "Of course, nobody knows whether there's more of this, or whether it's simply turning up more often."

CNN's Fareed Zakaria confessed to poaching paragraphs from The New Yorker, for a column he wrote for Time Magazine.

Author Johah Lehrer apologized for recycling work in a number of magazines, and had his most recent book pulled from store shelves for fabricating quotes from Bob Dylan.

"Some of the thefts are so egregious that it's hard to imagine they thought they were going to get away with it," said Wasserman.

Case in point: Jayson Blair, the young reporter who nearly took down The New York Times 10 years ago.

For him, the plagiarism started small.

"I actually just took a quote from an Associated Press story, put it in the paper, and didn't attribute it to the AP," Blair told Cowan.

"What'd you think when you did that the first time?"

"I thought, 'Oh my God, maybe I can go to the copy desk and get this fixed.' And then I thought, 'Wait, you know, what are they going to think?' And a couple of days go by, and the thought that goes through my head: I can't believe no one caught that. I can't believe that no one noticed it. But the seed was planted in my head."

"That you could get away with it?"

His sins grew. Sometimes he invented. Sometimes he plagiarized - everything from stories about the infamous D.C. snipers, to the rescue of Army Pvt. Jessica Lynch during the Iraq War.

"If you're taking stuff from the Associated Press or the Washington Post, didn't you think you'd get caught? Those are such high profile places to take from," said Cowan.

"You would think," Blair said. "You know, it's kind of the slippery slope that starts to happen. I think once you realize that you can get away with something, once you cross over that line, you somehow have to rationalize how I'm a good person and I did this. So somehow this has to be okay. I've got to make this okay. So then it becomes a lot easier to do it."

That plagiarism can rise to such a public level might seem surprising, given that "in your own words" is often one of the first phrases we learn.

"I think it's not really okay to just assume everybody knows the right thing to do," said professor David Presti, who teaches neural biology and cognitive science at UC Berkeley - and who begins every introductory course with a gentle reminder:

"Whatever you write, write it in your own words. That means no cutting and pasting material from other places. That's the definition of plagiarism."

While the digital age has made copy-and-paste an easy short-cut, Presti warns it's also an easy F.

"If somebody is caught plagiarizing, what happens to them?" Cowan asked..

"I would have a really extensive talk with them," said Presti.

"But you make it plain from day one that there are consequences? Big ones?"

"Definitely. Yeah, definitely. I mean, it's certainly failing assignments, minimally failing classes, possibly, depending up on the severity of the offense."

And catching would-be word thieves is now easier than ever before.

Chris Caren is the CEO of Turnitin, a company that roots out potential plagiarism by matching student work against hundreds of millions of web pages, books, and other student papers.

If the text looks suspicious - like in one composition he showed Cowan - the section is not only highlighted, but the program identifies the original source.

And it does all that in under a minute.

It's a technology that most certainly would have caught Jayson Blair's misdeeds, which looking back he says were largely the result a bi-polar disorder.

He's now a life coach - helping others learn from their mistakes. But he almost wasn't around to get his second chance.

When he WAS finally caught, he told Cowan he considered killing himself: "There was a point sort of the night before I resigned where I'd kind of picked out the place, and the restaurant, and decided, you know, that this bathroom was perfect, and that if I brought a strong enough belt, et cetera, et cetera ..."

Quentin Rowan was faced with that dark temptation, too. It was a James Bond fan who outted Quentin's novel on the Internet, and being known as a fraud was almost too much to bear: "I was on the top floor of the building I was living in. I just went to the window and thought, could I do this, you know? Could I actually jump?"

"You thought that was the only way out?" Cowan asked.

"Yeah. I couldn't think of any alternative if I were discovered, except suicide."

"So what stopped you from jumping?"

"Fear of dying!" laughed Quentin. "I don't know I mean, there was a sense of knowing I was going to have to tell the truth and say, 'Yeah, it's all stolen,' was liberating. To have that, what to me felt like kind of bondage, even though it was completely self-inflicted, lifted, was huge, you know?

He's writing again. He penned a memoir, and is in the process of tapping out a screenplay. Will he ever be believed again? He knows the odds aren't so good.

Looking back on it now, Quentin said, "Honestly, it just seems like madness to me. You know, like how on Earth did I ever think that was a good idea?"

For someone who always wanted to be an author, he now knows the only thing he really authored was his own destruction.