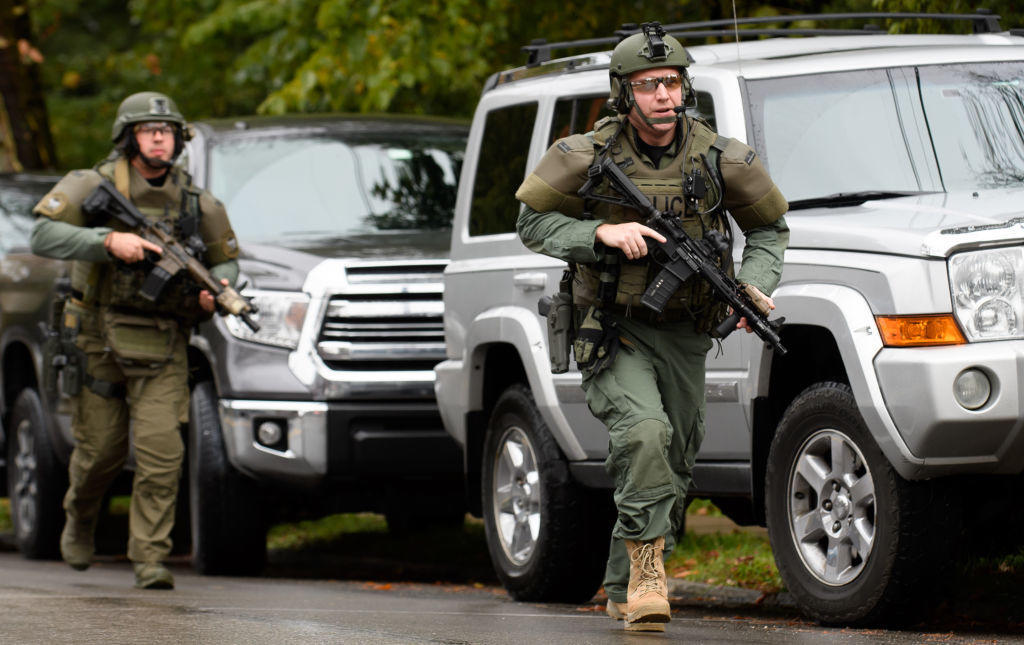 A gunman opened fire inside a busy synagogue during a service Saturday in Pittsburgh, killing 11 people and injuring six others. The suspected gunman, identified as 48-year-old Robert Bowers, surrendered and was taken into custody.

Bowers burst into the Tree of Life Congregation and indiscriminately fired inside while shouting, "All Jews must die," police sources told CBS Pittsburgh/KDKA. He was armed with a possible assault rifle and two pistols, a law enforcement source told CBS News.

Six of those injured were treated at local hospitals. Four police officers were injured during the shooting. Their injuries are believed to be non-life-threatening.

Wendell Hissrich, the city's public safety director, said there was no further threat to the public. He said the shooting is being investigated as a federal hate crime. "It's a very horrific crime scene," he said in a news conference. "It's one of the worst that I've seen, and I've been on some plane crashes. It's very bad."

Tree of Life is located in Pittsburgh's Squirrel Hill neighborhood, which is known as the heart of the local Jewish community. Gov. Tom Wolf arrived at the scene Saturday and called the attack an "absolute tragedy."

"These senseless acts of violence are not who we are as Americans," Wolf said in a statement. "My thoughts right now are focused on the victims, their families and making sure law enforcement has every resource they need."

President Trump called the shooting was "far more devastating" than anyone previously thought. Mr. Trump said there would have been a different outcome if the synagogue had an armed guard at the building.

"If there was an armed guard inside the temple, they would have been able to stop him, maybe there would have been nobody killed, except for him, frankly," Mr. Trump told reporters at Joint Base Andrews on Saturday, adding that the U.S. should "stiffen up" its laws on the death penalty.