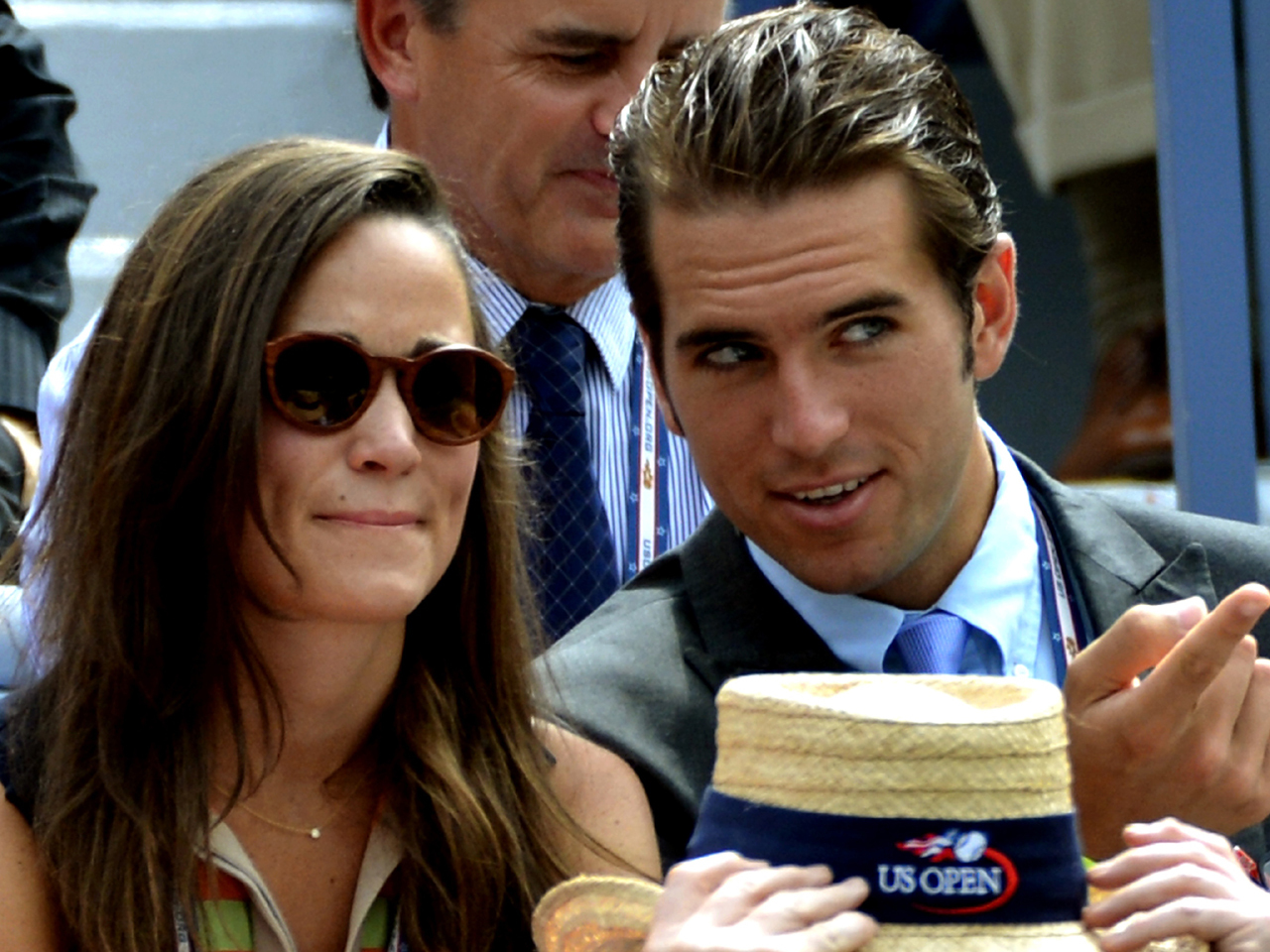 The British socialite  and sister of Kate, the Duchess of Cambridge, was spotted Saturday in New York City grabbing a bite in the Meatpacking District with two friends, reports People. She later boarded a plane to Shelter Island, N.Y,. where she was seen playing ping pong at the Sunset Beach hotel and restaurant with 55-year-old hotelier Andre Balazs. The next day, Middleton was spotted chatting with actor Chase Crawford at the Electric Room inside the Dream Downtown in Manhattan, according to Us Weekly.

On Tuesday, Middleton attended the U.S. Open tennis tournament in Flushing, N.Y. and was photographed sitting alongside Spencer Vegosen, a Harvard graduate and tennis player.

Sources tell Us Weekly that Middleton will also do work while she's in New York. The party planner, who recently announced her book "Celebrate: A Year of Festivities for Family and Friends," is expected to  attend publisher meetings.