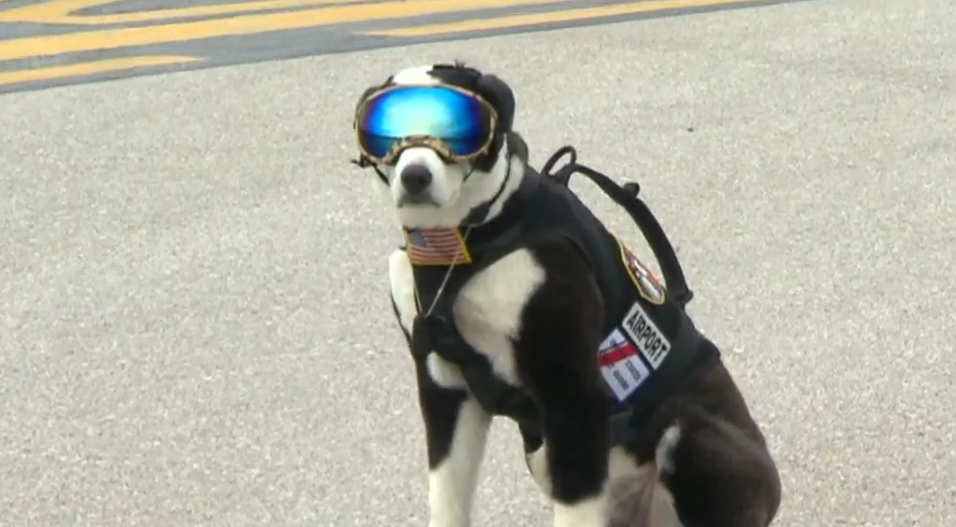 TRAVERSE CITY, Mich. -- Piper the airport dog, who went viral on social media last year for his work protecting planes from bird strikes in Michigan, has died. He was 9 years old.

"It is with the ultimate sadness I must report the passing of my best friend and love of my life," Edwards wrote. "He fought valiantly, and we did everything we could, but sometimes life just has to take its course."

Edwards' post included a photo of an American flag that was given to him by members of a Coast Guard unit that Piper once helped to protect.

"Please join me in thanking the men and women, past and present, of Air Station Traverse City for their awesomeness," he continued. "Piper and I are forever in your debt."

Piper became a viral sensation on social media for his sense of style while working on the airport's tarmac. For three years, he sported goggles and a uniform while protecting aircraft from birds and other wildlife.

"I've been in a number of airports, they usually shotgun blanks," Coast Guard Pilot Lt. Commander Charlie Wilson told CBS News transportation correspondent Kris Van Cleave in 2016. "Birds get used to that, they know, hey, it's just a sound, nothing's going to happen, but when you deploy a dog that actually chases after them and they have that fight or flight instinct, they go running, and they remember that."

Prior to his death, the wildlife control canine amassed more than 95,000 followers on Instagram.