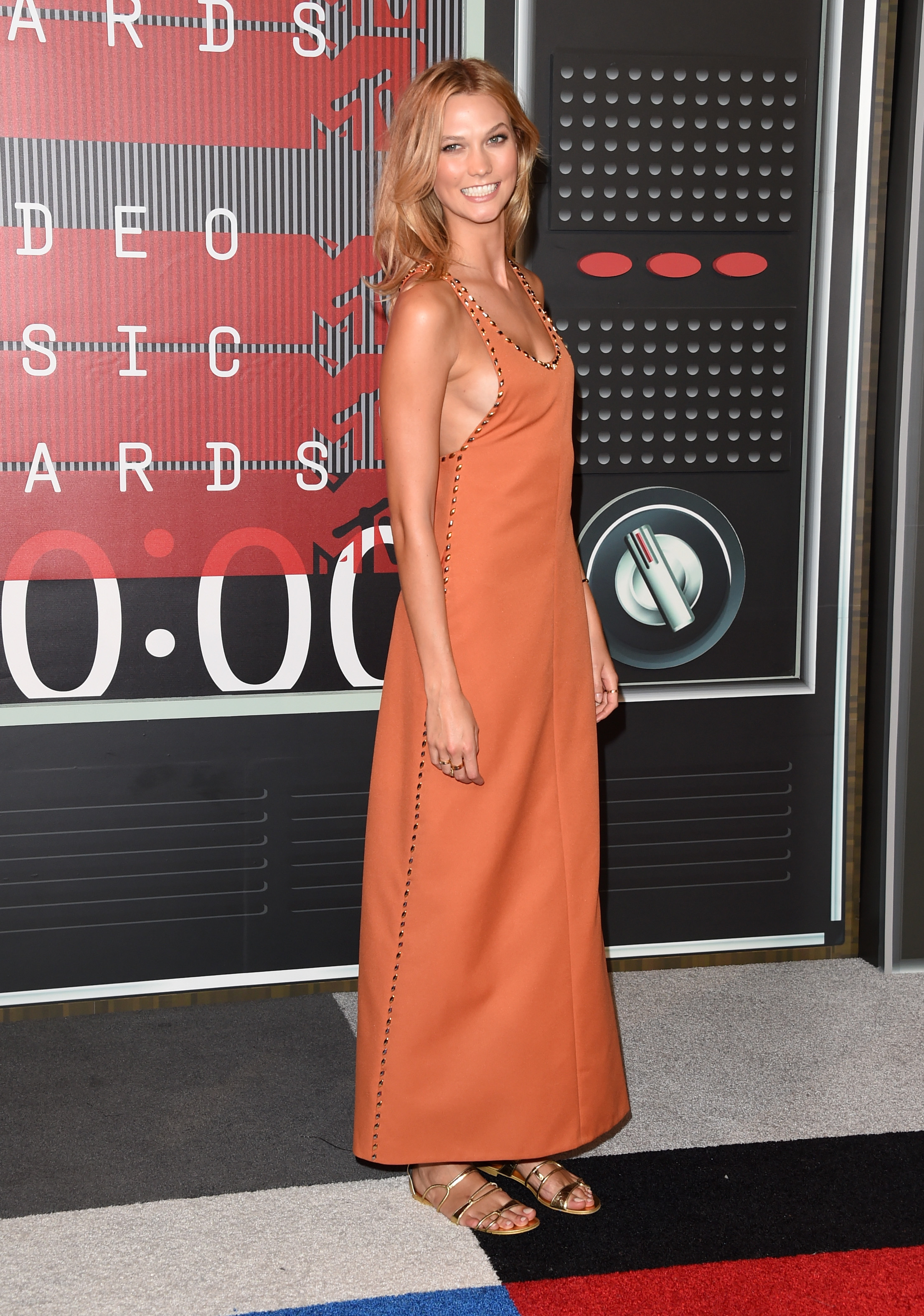 Even supermodels get the jitters on their first day of school.

Top model Karlie Kloss started class on Wednesday at NYU, and posted an Instagram of herself on the first day of school.

"I haven't been this nervous in years!" she admitted.

It's not the Victoria's Secret catwalks or the red carpet at the VMAs that make Kloss nervous, and we don't blame her. Plenty of mature students know that it's hard to hit the books after years in the workforce. Celebs -- they're just like us!

Kloss is studying at NYU's Gallatin School of Individualized Study. She donned a modest button-down and jeans on her first day -- fitting for a fashion star who is known for her down-to-earth nature.

Earlier this year, she told CBS News, "I will be bringing my school books to studios, I will be studying on planes."

No one can call Kloss lazy: She has a successful Warby Parker eyeglass line, a jean collection with frame denim and a health-conscious cookie business, appropriately named Karlie's Kookies. Did we mention that she also learned how to code?

The fashion model launched a scholarship at the Flatiron School called Kode with Karlie after she took a few classes herself.

"I hope to do all of these things, and more, for a very long time," Kloss said. "And I think that's the challenge; to remain as hungry and inspired and driven as I am today. I hope I always feel this way."

We get the feeling we'll see more pictures of Kloss at the library than at parties doing keg stands.