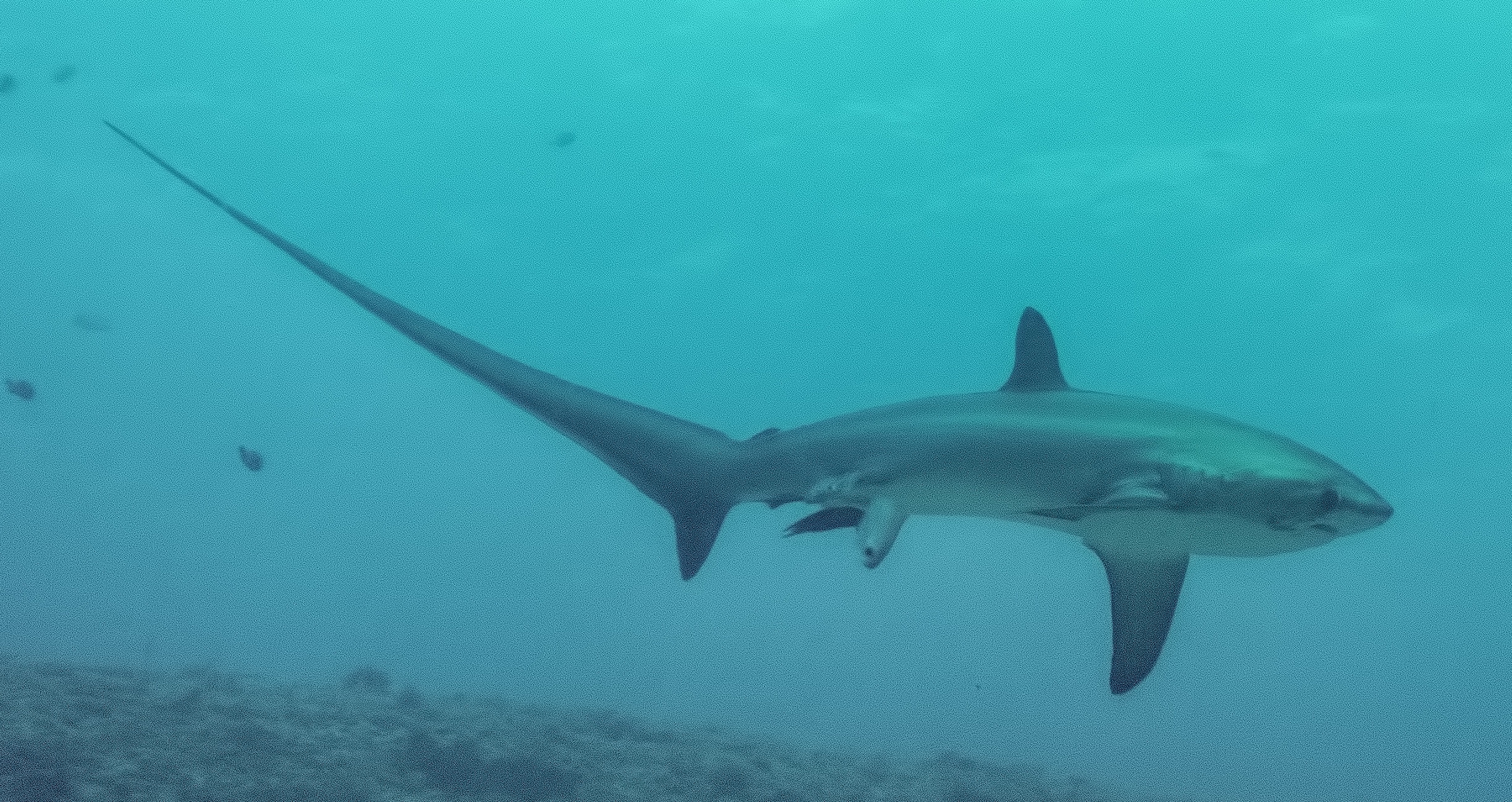 When Dr. Simon Oliver and Atilla Bicskos Kaszo of the Thresher Shark Research and Conservation Project first saw the shark off Malapascua Island in the Philippines, they knew she was agitated, but couldn't tell what was the matter.

They were doing a biological survey at Monad Shoal, an underwater island also known as Shark Point where various species often come to have their skin cleansed by cleaner wrasse, small fish that feed on parasites. One morning in April 2013, Oliver, a researcher from the University of Chester, and Bicskos, a photographer, spotted a shark who was behaving peculiarly.

"We observed a large female pelagic thresher shark swimming back and forth across a cleaning station in an agitated state," the authors wrote in a paper published recently in the journal Coral Reefs. "We were unable to decipher the cause of the shark's distress from our observation post 15 m away, although it was evident that cleaner wrasse were taking bites from its pelvic region. We observed the shark for a total of 4 min, during which we took its photograph for identification purposes. The shark then left the cleaning station and was not observed again."

When they processed the photo, they discovered the cause of her discomfort: The shark was in the middle of having a baby. The picture (above) "revealed the head of a pup emerging from the shark's cloaca."

Oliver believes this is the first time a wild thresher shark -- or any shark -- has been photographed giving birth.

He told CBS News, "Having studied these animals for years it was the second most exciting moment of my career. Although we cannot know for certain, it may very well be the first record of an oceanic shark species giving birth in the wild. This was a remarkable moment and we were very privileged to observe it."