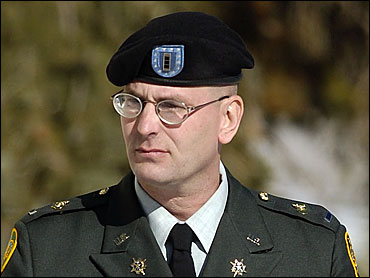 With the Chicago Cubs sending homers flying out of Wrigley Field once again, the Philadelphia Phillies resorted to some old-fashioned hustle Friday to win the game.

"The winds were blowing out in a gale," Phillies manager Terry Francona said after Mike Lieberthal's 12th-inning sacrifice fly gave his team a 9-8 victory over the homer-happy Cubs.

"There is something to be said for perseverance. It looked like a game they could win and somehow we found a way."

With one out in the 12th, Scott Rolen reached on shortstop Jose Hernandez's third error of the game. When Rico Brogna singled to right, Rolen challenged Sammy Sosa's strong arm and raced safely to third, running through third base coach John Vukovich's stop sign to do so.

Rod Beck then replaced Terry Mulholland (2-2) and Lieberthal hit a fly to center to score Rolen with what turned out to be the winning run.

Sosa, who had thrown Gregg Jefferies out at the plate in the 10th inning with a powerful peg, couldn't cut down Rolen at third.

"The whole team has a reputation of hustling. I've seen it throughout the league. People know we're going to be aggressive," Jefferies said.

Sosa hit two more homers Friday, giving him 27 for the season, 18 in his last 20 games and 14 in June, matching Ryne Sandberg's club record from 1990. He is tied with Ken Griffey Jr. for second in the majors behind Mark McGwire.

"Wow! Oh!" Sosa said of his joltin' June. He's one homer shy of the major league record for the month, held by four people, including Roger Maris and Babe Ruth.

"I don't know anything about that record. I'm just trying to make contact. I'm just going up there knowing what I want to do, having an idea and not swinging at bad pitches. We just have to win some games. My goal is to win the division."

Jerry Spradlin (3-3), the fifth Phillies pitcher, got the win by pitching two innings.

Chicago's Brant Brown, who hit three homers Thursday, tied the game with a two-run shot in the bottom of the ninth off Mark Leiter. The Cubs have 14 homers in their last five games and both Brown and Sosa are on a tear. But Chicago has dropped seven of its last 10 games.

" Sammy has carried us to another level, giving us a chance to win, but we're having trouble holding the other club down," Cubs manager Jim Riggleman said.

Jefferies put Philadelphia ahead 6-5 in the seventh with his sixth homer and the Phillies added two more in the eighth on RBI singles by Kevin Sefcik and Rolen.

Chicago scored a run in the eighth on Jason Hardtke's RBI single to make it 8-6.

Manny Alexander walked to start the bottom of the ninth and Brown homered to right center. Sosa's second homer of the game tied the game 5-5 in the fifth off Carlton Loewer.

Philadelphia scored twice in the fifth off Mark Clark to break a 3-3 tie as Jefferies singled, Rolen doubled, Brogna had an RBI grounder and Lieberthal singled.

Sosa homered in the first for a 1-0 lead. Abreu's double tied the game in the second but the Cubs went ahead 2-1 in the bottom half on consecutive doubles by Hernandez and Jeff Blauser.

Rolen singled in a run and Brogna had an RBI grounder following an error on Hernandez to give the Phillies a 3-2 lead in the third. But some shaky Philly fielding produced another tie in the bottom of the inning. Brown tripled and scored on Mickey Morandini's high fly double that fell between center fielder Sefcik -- in just his seventh outfield start -- and right fielder Abreu.