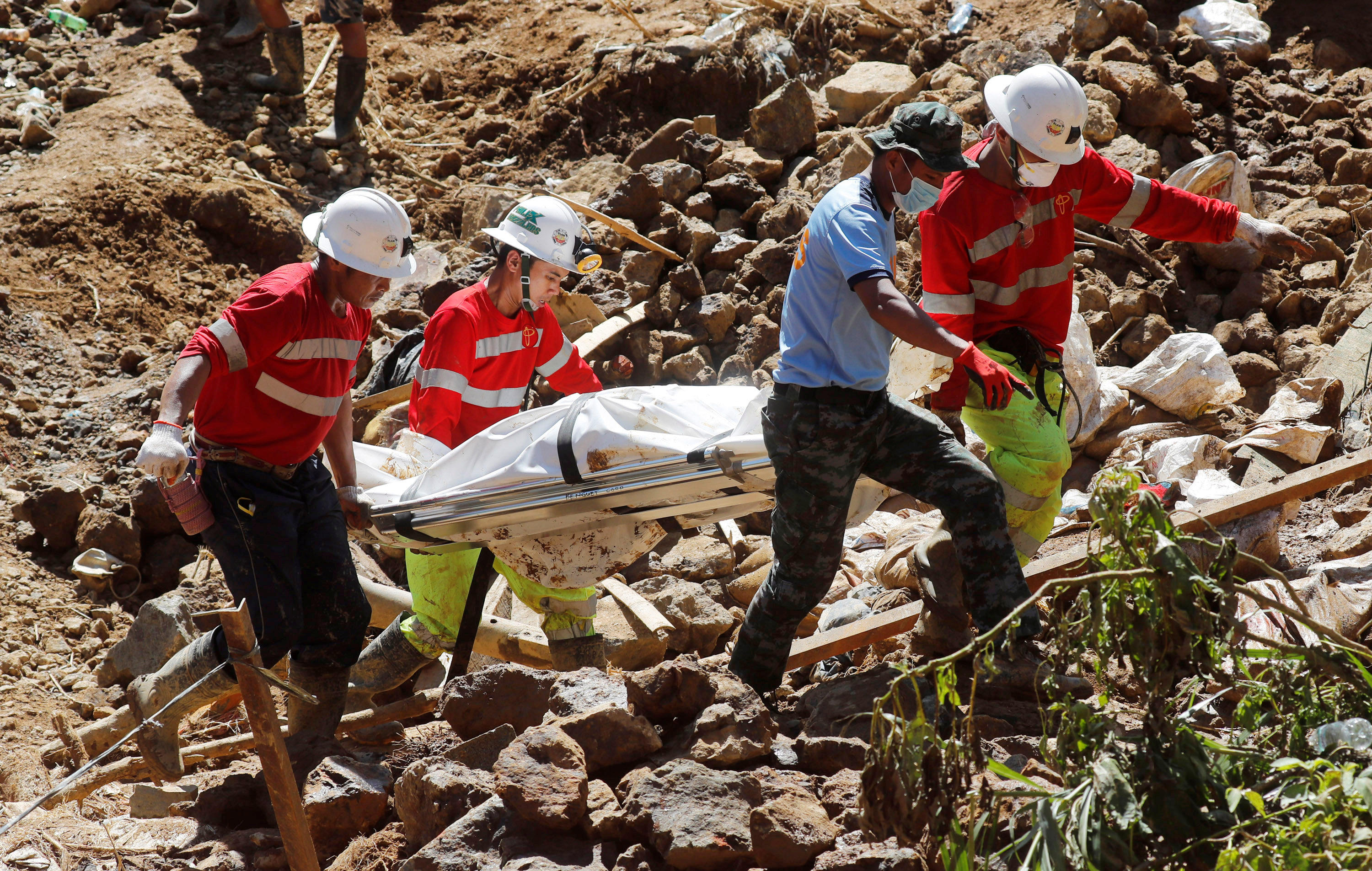 ITOGON, Philippines -- The death toll in the Philippines from Typhoon Mangkhut has climbed to 81 and could hit triple digits as searchers dig through a landslide where dozens are presumed dead, authorities said Wednesday. Mangkhut swamped farm fields in the nation's agricultural north and smashed houses when it tore through at the weekend with violent winds and heavy rains.

Since then the toll has climbed mostly due to the corpses recovered from the massive landslide in the mining town of Itogon where dozens are still believed buried under the mud.

"From the list I saw 59 people are still missing (at Itogon)," Ricardo Jalad, civil defence chief, told AFP. "If you add that to those already recovered it's possible the toll could top 100."

The typhoon, the most powerful to strike this year, also battered Hong Kong and killed four in China's southern province of Guangdong.

Searchers at Itogon continued their grim work on Wednesday, digging with shovels and their bare hands in the vast expanse of mud that crushed dwellings used by small-scale miners. A local police officer told The Associated Press on Tuesday that he tried to warn the miners to leave a building they were sheltering in the day before the storm hit, but they refused.

Police Senior Inspector Heherson Zambale told the AP he saw about 15 miners and family members gathered outside a bunkhouse on the now mud-covered Itogon hillside as he and other officials warned them to move to a safer shelter.

"Some were smiling and there were some who were just quiet. Some were listening to us," he said, adding that some did heed the warning and moved to a more secure shelter. "But many were left behind," he told the AP.

The area was primed for disaster before Mangkhut hit, as it came on the heels of nearly a month of continuous monsoon rains that saturated the soil of the already hazardous area.

Of the hundreds digging through the debris, many were miners themselves who were looking for friends and relatives, determined to make sure they received a proper burial.

The Philippines's deadliest storm on record is Super Typhoon Haiyan, which left more than 7,350 people dead or missing across the central Philippines in November 2013.