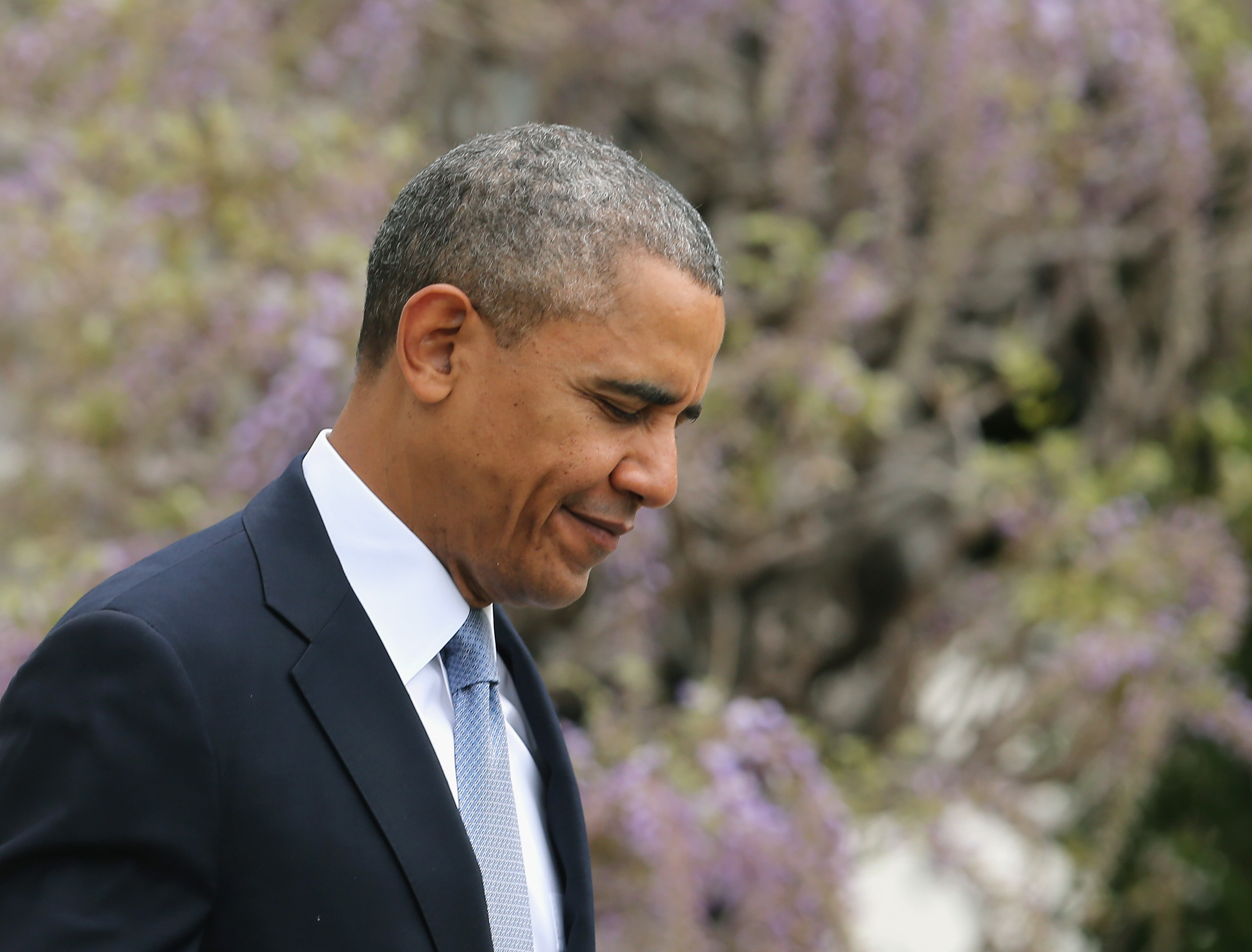 A series of crises, both foreign and domestic, have pulled President Obama's attention away from a intended "pivot" to focus on Asia. With a weeklong trip that will cover Japan, South Korea, Malaysia and the Philippines, the president hopes to get back on track with this oft-overshadowed part of the foreign policy agenda.

The trip - which was postponed by the government shutdown last fall - will be Mr. Obama's fifth of his presidency to the region. But in addition to building economic ties, the president will have to settle some regional tensions and assure the nation's allies that the U.S. is a reliable ally in the face of security threats from North Korea and a more aggressive China.

The president begins the trip in Japan, a formal state visit that will include bilateral meetings,a joint press conference, a state dinner, and other events to promote economic cooperation. But the Japanese will also be looking for assurances on the security front. Several countries are unhappy about China's move last fall to establish an air defense identification zone in the East China Sea, where they demand that aircraft identify themselves to Beijing and accept instructions. It overlaps with a similar zone long overseen by Japan and another one set up as part of the U.S. military. Malaysia and the Philippines have separate disputes with China over maritime boundaries in the South China Sea.

Given the Russian incursions into Crimea nearby, leaders in the region will look for assurances China will not be allowed to do the same.

"Countries want to hear that the U.S. presence is in fact steady and strong as China rises. But at the same time they also want to hear that the U.S. and China will not descent into conflict or force any of the countries in the region to choose sides between the U.S. and China," said Jeffrey Bader, Mr. Obama's former senior director for East Asian Affairs at the National Security Council, who now serves as a fellow at the Brookings Institution.

The administration insists the trip is about a more "positive, affirmative agenda" than seeking to counterbalance China - an important ally, though one Mr. Obama will not visit in the coming week. The visits present, "an opportunity to solidify and modernize our alliances and partnerships; as an opportunity to advance our economic agenda...an opportunity to affirm our commitment to the region and its security; and to show that the United States is and will remain for the long term a major security partner and a force for rule of law, stability and democratic development," Rice said.

Adding to the region's security concerns is the fact that North Korea has reportedly increased activity at its main nuclear testing site. So far, the White House hasn't gone into emergency mode and won't speculate on whether they might change the president's itinerary.

During a briefing with reporters Tuesday, White House Press Secretary Jay Carney said, "there is a kind of cyclical nature to the provocative actions that North Korea tends to take, and we'll be watching it very closely."

With both China and North Korea, the administration is stressing a "commitment to a rules-based order in the region," in the words of Rice.

The other major agenda item in Japan is the conclusion of a major free trade deal with 11 other nations in the region called the Trans-Pacific Partnership (TPP). Outside experts have estimated that the deal could generate more than $120 billion in additional U.S. exports. The negotiations have gone on for four years, and disagreements between the U.S. and Japan on agricultural products and cars have stalled the talks recently.

But the president will also have to tread carefully on the issue because of domestic politics back home. Ushering the deal through Congress would likely require a fast-track authority that Democrats are unwilling to give because of their opposition to the deal. Their main concern is that it will cost U.S. jobs. and harm the environment.

In a rare reversal of roles, it is Republicans who are urging the president to wrap up the deals and Democrats - including Senate Majority Leader Harry Reid, D-Nev., a long time opponent of free-trade agreements - who could hold him back.

"The Japanese side argues that the president's not willing to make the case for trade promotion authority or fast track, so why should Japan take a hit and do all of the hard politics?" said Michael Green, the senior vice president for Asia and Japan chair at the Center for Strategic and International Studies, in a briefing.

Green said the chances of a breakthrough on the issue are not high, but the administration says that the upcoming meetings will yield enough progress that they will be able to conclude an agreement.

Without a major international summit bringing the countries together, most of the stops will allow Mr. Obama to focus on the country he is visiting. But there will also be diplomatic work to attend to: improving relations between South Korea and Japan, who are increasingly at odds over territorial disputes and longstanding resentment over Japan's behavior during World War II. The president already achieved a small victory by bringing South Korean President Park Geun-hye and Japanese Prime Minister Shinzo Abe together for their first face-to-face talks on the sidelines of the Nuclear Security Summit in March. Further trilateral cooperation will be necessary in the face of North Korean aggression, the president argues.

Other items on the agenda for the trip include strengthening economic ties and encouraging investment in the U.S. via the SelectUSA program, the first coordinated federal effort to attract foreign investment. The president also has plans to attend several cultural sites and speak to young people in the region through the Young Southeast Leaders Initiative.

In the Philippines, Washington and Manila will sign a defensive cooperation treaty to enhance security in the region. He will also strengthen ties with Malaysia with the visit, the first from a U.S. president since Lyndon Johnson.