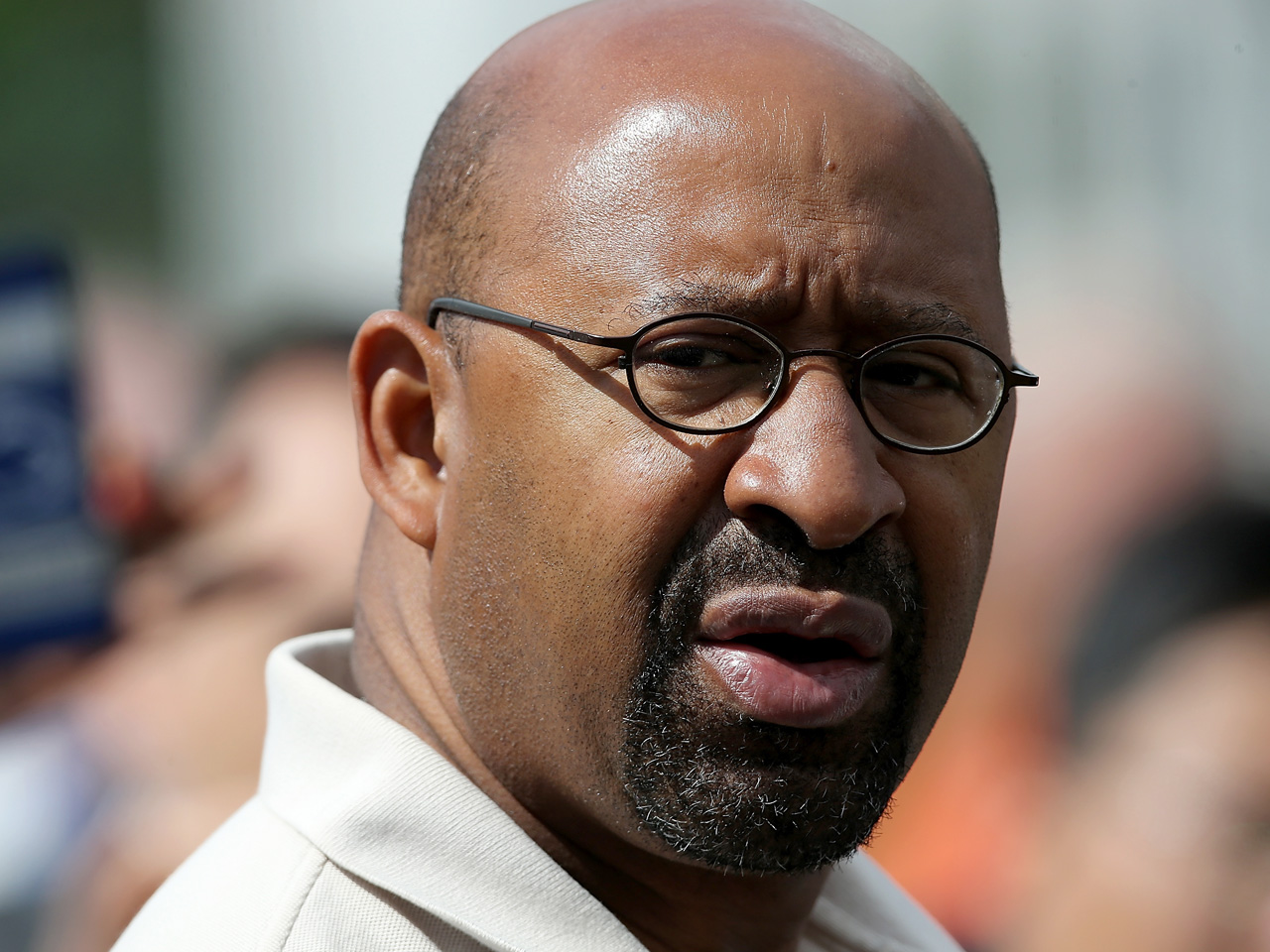 PHILADELPHIA -- Philadelphia Mayor Michael Nutter referred to Donald Trump as "an a**hole" and wants to ban him from the city after the Republican presidential candidate called for a national ban on Muslims entering the U.S.

Reuters reports that Nutter's comments came during a news conference with his city's religious leaders. It's unclear what the question was that prompted Nutter's response.

Nutter calls Trump's proposal "ignorant" and says if he had the power, he'd ban Trump from the city. He says Philadelphia doesn't have "any room for that kind of stupidity."

On Monday, Trump proposed stopping Muslims from coming to America "until we are able to determine and understand this problem and the dangerous threat it poses." His suggestion was quickly condemned by other Republican and Democratic presidential candidates.

The mayor of St. Petersburg, Florida, tweeted earlier Tuesday that he also would ban Trump from his city.

The mayors are not the only political leaders who have responded to Trump's proposal.

"We need to aggressively take on radical Islamic terrorism but not at the expense of our American values," he told the Washington Examiner.

But, he said, "I'm certainly going to support the Republican nominee for president" when asked if he would support a Trump nomination.

"I'm a proud Muslim -- but you don't have to share my faith to share my disgust," Huma Abedin, the vice chair of Hillary Clinton's campaign,wrote in an email to Clinton supporters. "Trump wants to literally write racism into our law books. His Islamophobia doesn't reflect our nation's values -- it goes far enough to damage our country's reputation and could even threaten our national security."

And politicians weren't the only ones to have something to say about Trump.

Amazon CEO Jeff Bezos had an out-of-this-world reaction to Trump.

It all started when Trump accused Bezos, who purchased the Washington Post in 2013, of using the newspaper as a "scam" to dodge taxes.

Bezos apparently took the accusations in stride. The Amazon CEO, who also happens to own a commercial space flight company, had this response: