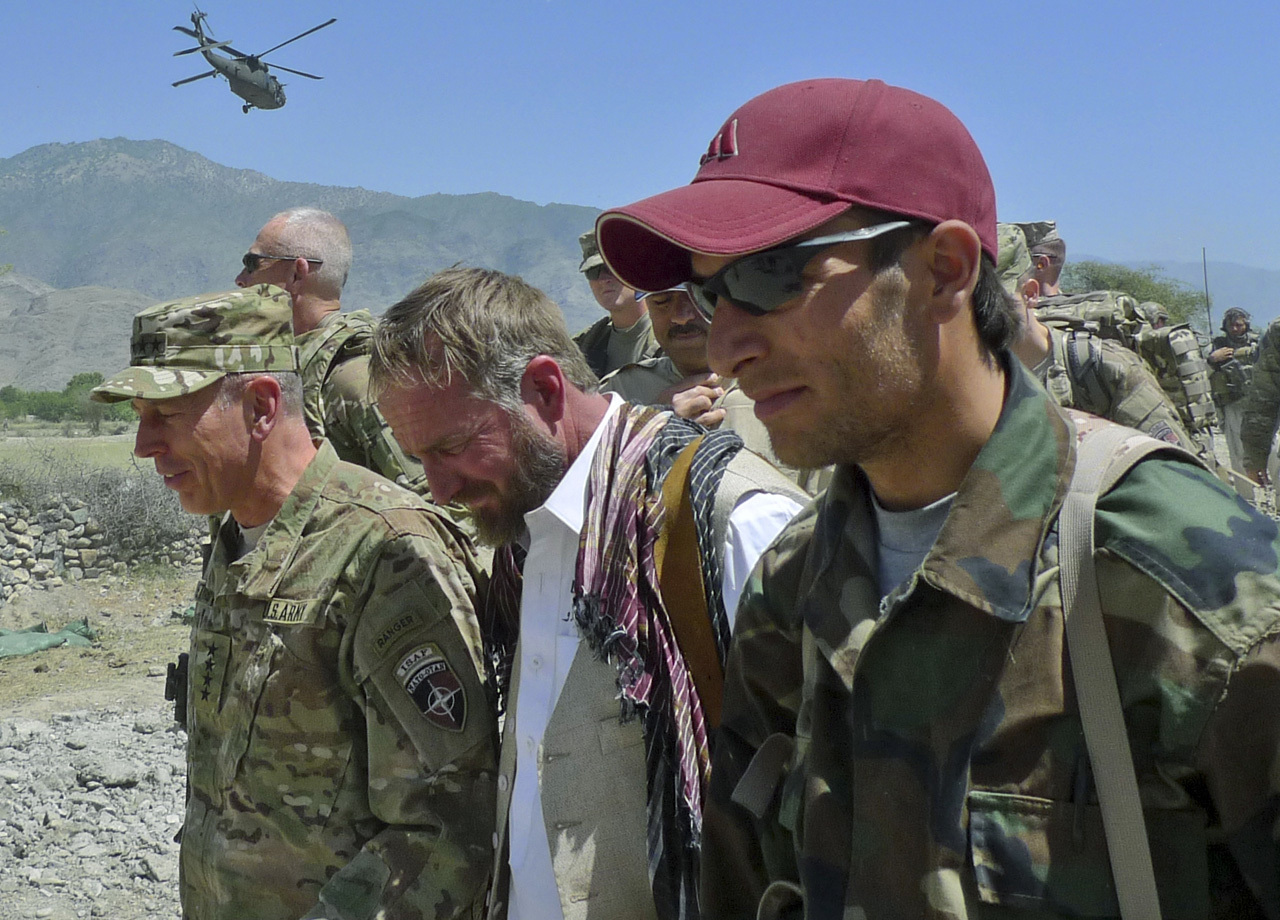 Even so, Gen. David Petraeus warned Sunday that Afghanistan is still a potential refuge for international terror groups, and al Qaeda is just one of those. He also warned that the May 1 U.S. raid that killed the al Qaeda leader in his Pakistani compound did not spell the end of the NATO battle in Afghanistan, which began just one month after the Sept. 11, 2001 attacks on New York and Washington with the aim of wiping out al Qaeda and bin Laden.

NATO officials have said that they do not intend to speed up their withdrawal just because al Qaeda's leader is gone, but the military feels it may bring the Taliban closer to negotiations with the Afghan government.

Interviewed aboard his helicopter by The Associated Press, Petraeus said the strong link between al Qaeda and the Taliban was personal, not organizational.

"The deal between the Afghan Taliban and al Qaeda was between Mullah Omar and Osama bin Laden, not the organizations," Petraeus said as he visited U.S. troops in eastern Afghanistan.

Petraeus said bin Laden's death may make it easier for the Taliban to renounce al Qaeda, a condition for reconciliation talks set by NATO and the Afghan government.

Afghan President Hamid Karzai and the Obama administration have said they will negotiate with any Taliban member who embraces the Afghan constitution, renounces violence and severs ties with al Qaeda. Informal contacts have been made in recent months with high-ranking Taliban figures, but no formal peace talks are under way.

The two groups do not seem to be inextricably aligned. While al Qaeda has backed worldwide terrorist attacks in the name of Muslim jihad, the Taliban has been mainly a nationalist movement aiming to regain control of Afghanistan.

The Taliban has claimed that rather than weaken their ties with al Qaeda, bin Laden's death would boost their fighters' morale. On Saturday the group tried to mount a coordinated assault on government buildings in southern city of Kandahar.

Bin Laden's demise might weaken al Qaeda from within, Petraeus said, because bin Laden's personality and aura were a key for raising money for the world jihad group, and without him, the group's worldwide network might fall apart under his successor, Ayman al-Zawahiri.

Petraeus warned that al Qaeda is only one of a number of international terrorist organizations that would be eager to flood into an unstable Afghanistan if NATO forces left.

"The key is making sure there are no safe havens for those transnational terrorist groups in Afghanistan," Petraeus said. He estimated that between 50 and 100 al Qaeda fighters move back and forth in eastern Afghanistan. He did not give estimates for other groups.

He said one key aspect for the future is tightening security along the border with Pakistan, through a strategy of "defense in depth" that involves layers of checkpoints aimed at catching militants sneaking across the mountainous divide.

Afghan President Hamid Karzai drew an opposite conclusion from the bin Laden raid. He said it showed that the main fight is in Pakistan, not his country. He called for an end to night raids in Afghanistan, when NATO targets militants.

Petraeus said that NATO is working with Karzai to conduct operations within his guidelines.

"He has legitimate, understandable concerns," Petraeus said, "and we have worked hard to show not only that we are listening to his concerns, but that we are taking actions in response."

Much of the debate about strategy in Afghanistan has focused on whether it is necessary to dedicate troops and money to building up communities, or if high-level terrorist targets could be eliminated with direct strikes. The bin Laden attack showed how key these strikes can be, but Petraeus argued that much of the progress in Afghanistan has come from clearing communities of insurgents and then establishing governance.

"Targeted military strikes don't produce security on their own," Petraeus said, noting that NATO forces only started to establish stability in southern Kandahar province when they combined such strikes with programs to build up government and local security forces.