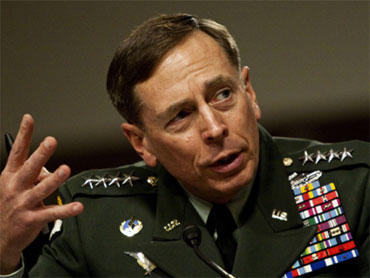 The commander of U.S. forces in the Mideast tried to reassure worried lawmakers Wednesday that there will be an orderly withdrawal of troops from the war in Afghanistan - not a rush for the exits starting July next year.

At a Senate hearing, Republican lawmakers questioned President Barack Obama's plan to start withdrawal of U.S. forces in July 2011. Senators complained that Afghans see that as the date they will be abandoned by the U.S.

Gen. David Petraeus said setting the July date was meant partly to pressure the Afghan government to work harder to provide services and reduce corruption, crucial to the military effort to defeat the insurgents.

Seated next to Petraeus, U.S. Department of Defense under secretary Michele Flournoy said Mr. Obama hasn't set a timeline for exactly how many troops will come home at any given point because the president believes that will depend on progress in the war.

Flournoy said the expectation is that the there will, indeed, be enough progress against the insurgency by next July to begin "a responsible drawdown," but that the actual numbers and pace will be determined by how it's going.

Later, Defense Secretary Robert Gates challenged what he said was an overly negative "narrative" that has circulated among officials and the media in Washington in the last week, insisting at a Senate budget hearing that progress is being made in Afghanistan.

Petraeus' testimony comes a day after he slumped over during the Senate hearing but revived after a few seconds and left the room under his own power.

He returned 25 minutes later sipping liquid and joking. He said, "[I was] a little bit light headed there. It wasn't Senator McCain's questions, I assure you."

"I just got dehydrated, I think, and felt a little bit faint," said Petraeus.