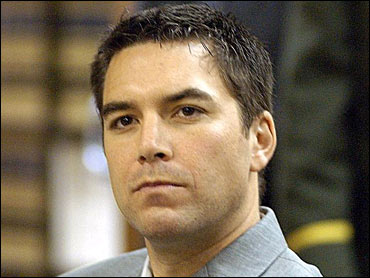 All the members of Scott Peterson's immediate family have second mortgages on their homes, taken out to finance Peterson's defense against charges he killed his wife and unborn child.

On newsstands Friday, People magazine reports this in its interviews with the Peterson family. In the article, relatives describe the emotional and financial toll Peterson's arrest has taken on them and how Peterson spends his time behind bars.

The magazine's assistant managing editor, Betsy Glick, tells The Early Show co-anchor Julie Chen the family is careful to point out that the real victims are Laci and baby Conner.

But she adds, "The whole family has been completely devastated by this, consumed by this for a year and a half. And they're sort of coming out swinging. They are just completely 100 percent, 200 percent as they say, convinced that their son and brother is innocent."

So much so that they hired renowned - and highly paid - criminal defense lawyer Mark Geragos.

Glick points out, "The parents have sold a second home that they have. Everybody in the family is taking out second mortgages on their home. They're dipping into their retirement funds. But what they told our reporters is, 'If we have to sell everything, if we have to live in tents, we'll do it.'"

It's been said that Geragos, who has been associated with celebrity clients like Winona Ryder, has a fee of about a million dollars.

As for Scott Petterson, he spends his time in jail by doing yoga, reading the classics, writing to his family and reading documents related to the case, Glick says.

He's in a windowless area of the prison," Glick says, "He gets to exercise for two 45-minute exercise periods a day."

Lee and Jackie Peterson are allowed to see their son twice a week. Glick says, "It's very expensive for them to travel, so they've been traveling about once a week. They all are writing letters all the time. They're trying to keep his spirits up, basically. They send him little cartoons. They just try to distract him while he's in prison."

Outside of the support from his immediate family, the Petersons said some members of the public actually have come forward to them and are supporting them.

Glick notes, "They say people come up to them in restaurants, buy them meals, give them hugs, send them letters, help them with their groceries."

Asked if these people are showing support to their parents and not so much to Scott, Glick says, "Our readers have responded to Peterson stories in two ways. There are many people who say, 'This guy is so obviously guilty.' And there are other readers who say, 'He's innocent until proven guilty and he deserves our respect and our support.' I think that's what the Peterson family is experiencing."

The Petersons say their son was looking forward to being a new father and even attended Lamaze classes. But Glick points out, "One of the prosecution's theories is he was having an affair, which is not a theory. That's a fact. And that he didn't want this baby and that he snapped."

Peterson could face the death penalty or life without parole if convicted.