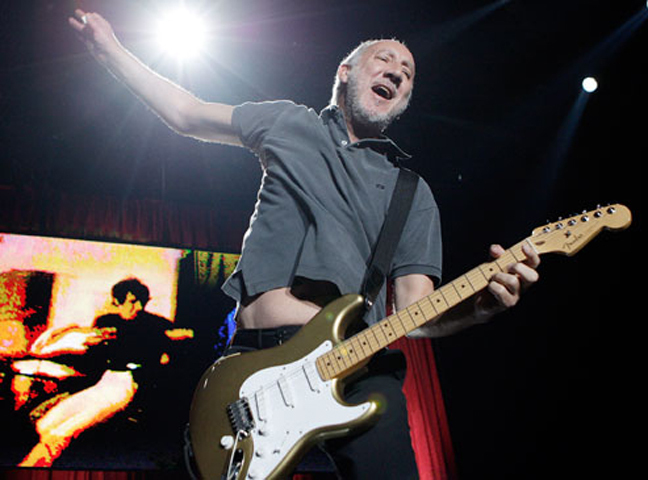 One of the music business' elder statesmen let loose a blistering attack on the way the Internet is changing the industry. Speaking in Manchester, England, famed rock musician Pete Townshend likened Apple to a "digital vampire," sucking the blood out of artists without offering any form of transfusion, let alone sufficient recompense.

"Is there really any good reason why, just because iTunes exists in the wild west Internet land of Facebook and Twitter, it can't provide some aspect of these services to the artists whose work it bleeds like a digital vampire... for its enormous commission?" he said in the speech in Salford, England in honor of John Peel, a DJ who spent more than three decades on the BBC's Radio 1.

The Who guitarist also had a few words for music fans who illegally download music, saying they "may as well come and steal my son's bike while they're at it... I wonder what has gone wrong with human morality and social justice."

This sounds like a new spin on an old source of dispute between musicians and the Internet industry. In years past, artists such as Bono have expressed frustration at bandwidth providers for not doing more to crack down against illegal file downloading. Nearly a decade ago, Metallica filed a copyright lawsuit against Napster.

But Townshend's argument adds a new grievance. He says that tech companies are failing to do enough to help musicians.

Music publishing has always been a form of banking in many ways, but - in cooperation with record labels - active artists have always received from the music industry banking system more than banking. They've gotten... Today, if we look solely at iTunes, we see a publishing model that offers only the last two items as a guarantee, distribution and banking, with some marketing thrown in sometimes at the whim of the folks at Apple. It's a fantastic piece of software, I use it all the time and I was honoured once to meet the woman who wrote the software. But iTunes is not like radio.

Townshend's speech may have got an ovation from listeners but it also evoked stern rebukes in the blogosphere. One of the more pungent rejoinders came from Jm Carroll in the The Irish Times.

"There are many possible reactions to what Townshend has to say," Carroll wrote."You can dismiss them as the out-of-touch ramblings of another rich rock star aghast that he's not earning big bucks for his latest solo album. You can give him a condescending pat on the head and wonder how much he's made from synch payments in the last year. Or you can wonder if Townshend has an iota about what's he talking about."